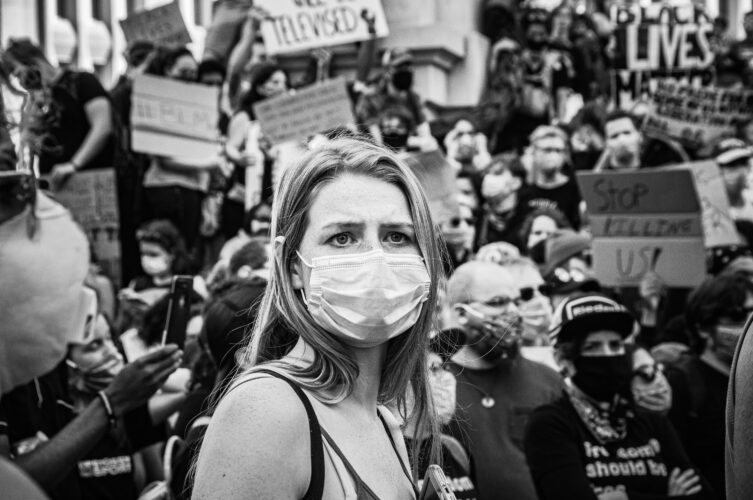 I have read extensive presentations and critiques of critical race theory. At 73 years old, my brain is such that oversimplifications are helpful but also do sometimes preserve the essence of the issues.

As I see it critical race theory teaches that white people are collectively guilty for white privilege and racism.  That collective guilt is passed to every individual, so every white person is guilty.  Therefore, all whites need to be taught how to compensate for this guilt, undergo reeducation in critical race-based programs, and thereby overcome white supremacy and bring society closer to justice for nonwhite minorities.  One article stated that this is now being taught in public schools, the Buffalo, New York schools were given as an example.  Fifth graders were being taught this white guilt view.  I read the list of the sins of the heart in whites, and amazingly they were similar to what the Bible teachers are the sins in the hearts of all people.  Governor Ron DeSantis in Florida recently spoke against critical race teaching and said it would not be allowed in Florida schools though it is spreading in many schools.  There is an anti-American bent to the theory.  Indeed in America, there is glory and shame, much to be thankful for and much to repent from.

The idea of the “white race” is a social construct that cannot be defended or even well defined.  Yes, white supremacists have acted as if whiteness gives a person deserved status as a superior being to the person who possesses it.  This is a demonic theory.  Critical racism is really the mirror of white supremacy, its opposite.  Whites thus bear an almost genetic inferiority.  The idea that all whites bear a corporate responsibility is on the face of it absurd.  For one thing, whites are made of many ethnicities as are blacks and others with different skin shades.  Eastern European Jews are placed in the white category and guilty though the Jews as an ethnic group have suffered more continued racism than any other group in history.  Poles and Russians who came to the United States last year are guilty.  Jews who escaped the Soviet Union and were persecuted are guilty.  Of course, Jews include Sephardic Jews who are less white and Ethiopian Jews who are black though we consider ourselves as one people.   The Bible emphasizes ethnic groups and not external characteristics like color.  Black is also not an ethnic group.  If you travel in Africa, and I have, the different physical characteristics of different tribes and ethnic groups is amazing.

It is true that in the Bible, nations, or ethnic groups under a specific government are corporately judged.  God judges the corporate nation or people as well as the individual.  Ezekiel 18 emphasizes the individual, but the prophets often declare God’s judgment on sinful nations.  On this basis, it would not be whites that are judged as if they were a corporate group, but the United States as a whole for its discrimination, and if that was on the basis of skin color, the nation is judged, but not all whites per se and not whites that never acted so as to perpetuate the sin.  A nation usually follows the direction of its governing elite and culture formation elite.

It is difficult to decide who is to be so judged.  Asians do very well in the United States but face discrimination in college entry because they are doing too well as a group and would take too many positions.   Hispanics are treated as if they are one group, but it is difficult to think of them as one group except for language.  They have very different traditions in different countries.  Plus, some Hispanics are very white and some very dark, and some in between.  Should Spanish-speaking whites from South America be guilty of being white?  Will the descendants of Hispanics who have white skin be put in the category of the white guilty.

The Biblical doctrine is that all of sinned. Most people unduly favor their own ethnic group and have to work to overcome prejudice to see equal justice in the society. The Bible norm for the courts notes the importance of protecting the stranger!  This is not a particularly white matter.  The Bible doctrine calls all to repentance, forgiveness, and commitment to the common good for all people who are in the image of God.  This is a doctrine that has been hard to implement due to human sin.  We must all work for the poor, the marginalized, and for those who are subject to discrimination.  We must work for equal justice under the Law.  However, if we separate people in the way of critical theory, we will delay the very progress of the people who face discrimination.  It will produce depths of mistrust and a seeking of groveling from the other that will in return produce resentment.  Corporations that are using this in training will indeed produce great resentment.  Yes, they should teach people to overcome stereotypes, offensive language and to treat all with respect.  In critical race, both sides will resent and will not forgive.  This is why the Gospel is the key to healing and not critical race-based activity.

Critical race theory is an anti-Biblical demonic doctrine that will really hinder real racial and ethnic progress and reconciliation.  It states that people are guilty of the color of their skin. Yes, as Martin Luther King said, the key to progress is centering on the content of the character of the people.  But of course, King was influenced by the Bible. Character needs to be transformed by the power of the Gospel.  Solutions without the Biblical worldview are bound to fail terribly.