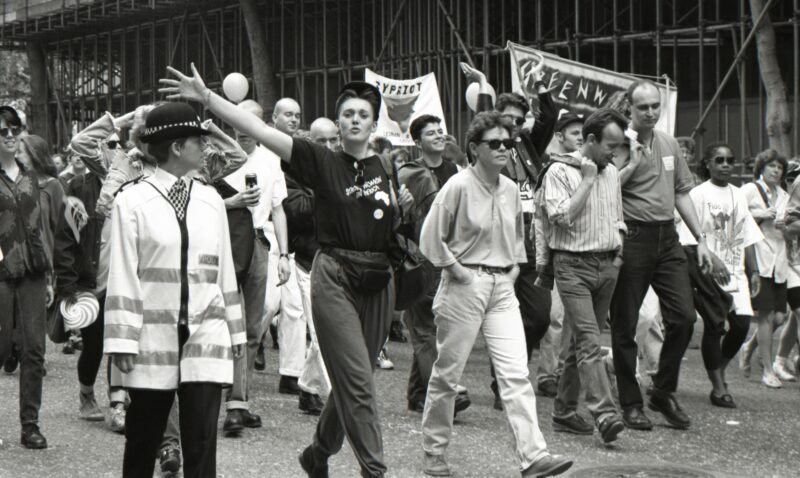 “Let no one deceive you in any way, for the Day will not come unless the rebellion comes first and the man of lawlessness is revealed, the one destined to be destroyed.” II Thes. 2:3 TLV

The other day in my prayerful reflections during devotions, I was reflecting on the great apostasy.  The translation in the Tree of Life Version, a Messianic Jewish version, does not use the word apostasy, but rebellion.  The idea that has been most prevalent in the Church has been that this refers to a great apostasy of part of the Church.  This is known among Roman Catholics and though not an official doctrine, the idea of a great apostasy is well known. Protestants historically did not think of the Roman Catholics since they were already written off as in apostasy.  Rather the Evangelicals of 80 years ago saw this as the apostasy of mainline Protestants who gave up the classical definitions of biblical authority and were embracing critical theories of the Bible and questioning classical doctrines.   The return of the Lord is near they thought.

However, some 80 years later I am wondering if the great rebellion or apostasy is not about the Church per se though it would certainly affect the Church.  I am thinking about the rebellion in our present western culture against God’s creation order itself.  We are presently seeing a level of this rebellion beyond anything I know of in my study of world history.  Theologians speak of common grace, the grace that perceives aspects of the Law of God such that societies are preserved though they do not have the Gospel or the revealed Law of God.  Ancient China spoke of a pattern of life that was enjoined by heaven that was taught by Confucianism.  Lao Tzu spoke of the Tao, the way, that also enshrined such principles that were rooted in some level of transcendent reality.  In Hinduism, laws of right and wrong determined one’s fate in the laws of Karma and the wheel of birth and reincarnation until one attained righteousness sufficient to escape and attain the bliss of heaven.  African tribes knew of transcendent laws that bound them as did native Americans.  We can go on and on.

One thing common to all these cultures is the clear distinction of male and female.  Sometimes that distinction was defined in ways that severely oppressed women, as in Chinese culture.  Indian culture had much more romantic notions of the relationship of men and women in their old myths.  It was clear that women were distinct, had monthly cycles, produced and nursed babies and then experienced the end of that time in menopause.  Men had a whole different physiology. Homosexual attraction was known in the ancient world and the response to it varied.  However, the idea that men were not really men and women not really women was not rooted in any of the ancient cultures.  C. S. Lewis in The Abolition of Man described the common grace ethical standards common in many cultures.  Of course, in the Western world, the dominant view came from the Bible and taught that God created humankind as male and female. No other category is in mind, though we understand that rarely after the fall there are rare genetic aberrations of dual sexual characteristics.  Now the culture of the west is in a radical rebellion against the binary biblical presentation and thus also against the binary idea of most cultures. We are seeing a radical rebellion beyond anything that has ever taken place in history, against the creation order itself.  And this does influence weak church leaders to go along with some of the gay agenda in amazing compromise.  One friend who is a Bible school leader spoke of this as the running out of the grace of common grace.  However, it is well to look a little deeper and see the progression.

The big idea of rebellion in the 19th century was naturalistic evolution developed by Charles Darwin.  His idea was big and radical.  It was that the whole of earthly life, the flora and fauna, could be explained by chance mechanisms from the inorganic to the simplest forms of life and then by natural selection leading up to the pinnacle of evolution, due to their ability to speak and reason and understand, human beings.  The idea seemed so powerful that some Christians and Jews tried to make peace with the idea of God and evolution by positing theistic evolution where God was involved in the process.  However, we should make no mistake about it, the big idea is that any appeal to design or a designer is superfluous.  I have written about this extensively.  It does not matter to these theorists that this idea is ultimately incoherent.  That the leading American philosopher, Thomas Nagel, in his book Mind and Cosmos, shows the systematic incoherence, hardly makes a dent in the culture.  He instead is vilified as having left the reservation.   That the leading former atheist and British philosopher of science, Antony Flew, came to the same conclusion does not matter.  Several former atheists as well have come to the same conclusion.  Nagel argues that the reason the evidence cannot break through is that people do not want to believe in God. Naturalistic evolution is their preferred narrative or myth.  Evolution, however, did gives us fixed categories since male and female perpetuate the species and the rebellion against this was not in view.  Perhaps there were genetic or environmental reasons why some would be homosexual, but homosexuality was not a favored orientation since there is no survival of the species value in it.  The aberrations are tolerated but the idea of men being men and women being women in general was still very much held by evolutionists.  After all, from a genetic point of view, every cell in the body was either male, xy, or female, xx.  Scientific naturalism actually led to some fixed notions of human nature as genetically and behaviorally determined.  The idea that free will was an illusion was common.  With genetic determinists, all is determined by genes, but behavioral naturalists like B. F. Skinner saw the genetic component but with higher animal organisms, all was determined by operant conditioning.  All of this was part of scientific naturalistic modernism.  This entire atheistic philosophy was a most profound rebellion against God.

Post Modernism rebelled against Scientific naturalism and its determinism.  Rooted in French Existentialism, these folks argued the consciousness itself changed the game of human life completely since one can now choose any orientation to life.  Existence precedes essence, means that there is nothing essential to human nature.  Rather the ego knows itself to be radically free and can choose any lifestyle that can be envisioned.  This leads to radical relativism.  This radical relativism is also atheistic.  There is no meta narrative, that is no story to explain our origins or destiny from a transcendent reality or God.  This philosophy is the height of rebellion.  The post moderns choose with no ground a Marxist or other norm where all human beings are to be included as equal whatever their orientation.  There is no defense for this ethical norm since it is not based in anything but raw assertion.  And raw assertion is all we have left on the basis of this philosophy.  Hitler and Nazism, now hated, was raw assertion as well. The rebellion against God’s creation order for men and women is profound and as deep as one can imagine.  It leads to supporting the choice of a children, a boy to self-define as a girl and to support his choice even by hormone suppressant treatment and surgery to cut of the genitals and to create an artificial vagina and for the girl to cut off her breasts and to create an artificial penis.  Though only a small percentage wants to do this, their choice must be validated and fully affirmed.  Parents themselves cannot stand in the way and social services might see to it.  So inclusive must we be that we must have neutral language that no longer uses male and female pronouns but neutral pronounces so that transsexuals will not feel marginalized.  If you think this is exaggerated, look up Nancy Pelosi’s rules for language in the congress.  Full including means not speaking of men and women or boys and girls for these very terms will leave people out.  Sexually, among consenting adults, all arrangements must be affirmed, homosexual couples in fidelity, homosexuals not in fidelity, bisexuality, and polyamorous relationships. Indeed, the traditional family, called the nuclear family (this was not the traditional ideal by the way, but the extended family supporting the uniqueness of a couple and their children) is rejected as a tyranny.  Anyone who disagrees and speaks up about it is accused of hate speech and called a homophobe and a transphobe.   This fits the program of the late post-modernist, Herbert Marcuse, who saw redefining language as a key part of power assertion.   The socialist paradise requires overcoming the backwardness of the nuclear family.

This is the deepest rebellion that I know of in history and could be preparing the way for the great rebellion under the Antichrist.  Maybe the Antichrist will restore religion and present a new age god who is inclusive of all sexual orientations.  We have never seen anything like this. In addition, the apostasy from common grace affects some in the Church, even some who claim to be evangelicals who profess a falsely called “love” which is not love.  Love seeks the destiny fulfillment of each person in this life and eternal life.  It warns to flee from the wrath to come and to avoid the destruction of Hell.  It is as in the days of Noah, and one can see with the world going this way, the terrible judgment of the book of Revelation is just.  I did not mention China in this article  There is the rebellion in China to the will of heaven views of ancient Chinese philosophy and the elevation of man in an atheistic system of control that brings its own judgment.

What then is our hope?   It is that the in these times of darkness, the book of Revelation envisions a true Church with great power gaining a great harvest, including 144,000 from the tribes of Israel.  The eternal Gospel is proclaimed and a great harvest from all peoples will not be thwarted.  (Rev. 7, 14)   God is more than up to the challenge of this great apostasy.