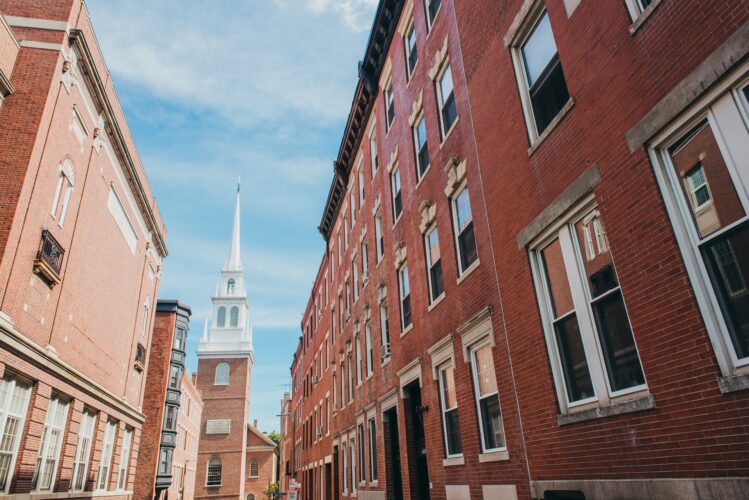 This essay is part one of two essays on Dispensational Fundamentalism.

In the last half of the 19th century, critical approaches to the Bible began to make inroads into several of the mainline Protestant denominations.  Their leaders did not deny the basic creedal confessions of Christianity or reject the historic moral consensus of Western Christian culture.  That would not happen to a large degree until the last half of the 20th century, but those who were weak in confession were allowed to remain.  Conservative churchmen saw that it was only a matter of time and apostasy would come.  The Bible as God’s inerrant Word was rejected by many.  Princeton Seminary held out until the 1930s.  Central to the decline were higher critical approaches to the Pentateuch.  It was claimed that Moses did not write the Pentateuch but that it was a product of a long development of material that was added from the 9th to the 4th century.  They saw the movement from more primitive material to a more advanced understanding in the book of Deuteronomy and the Prophets.  The New Testament would also be given a critical evaluation.  There was a quest for the historical Jesus and only what survived the critical evaluation really was from Jesus.   Some also embraced a social Gospel where social action was not an extension of true faith in a divine Jesus and the influence of the Prophets, but social action replaced supernatural faith and conversion.  The theory of evolution was being embraced by some Christian leaders and evolutionary ideas of development from George Hagel, the German idealist philosopher, were influencing Christian scholars.

From 1878 to 1901 a group of scholars met at the Niagara Fall Conferences in New York and created the Niagra Statement of Faith.  This was a very influential statement and was embraced by many denominations, Bible Colleges, Christian liberal arts colleges, and seminaries.  I noted this when I led a study on the doctrinal confession for the Student Council at Wheaton College in 1969.  It was in my view a good statement but a little too rigid on a few things.  It was based on the old Niagara Statement.

From 1910 to 1915 a group of scholars worked on an historic set of essays entitled The Fundamentals A Testimony to the Truth.  The original essays were 12 volumes but later condensed to four which are available today.  The authors were like a who’s who of conservative Protestants from many denominations.  They included Dispensationalists and Reformed and other thinkers.  The essays are worthy of study today.

However, a strange thing happened.  With the pessimism that resulted from World War I, the Dispensational version of Fundamentalism appealed to more and more people. The clear and well-written notes of the Schofield Reference Bible (1909) were very appealing.  The appeal to a literal hermeneutic seemed to be a corollary of Fundamentalism though the meaning of literal interpretation in Dispensationalism was very simplistic and not evenly applied. The social Gospel was not only rejected as a false Gospel but social engagement in the culture was also rejected.  In the most amazing way, Dispensationalism more and more dominated the Fundamentalist movement.  Yes, the Reformed thinkers were still important but became more and more a minority.   My spiritual father at Wheaton College, Dr. Evan Welsh, a graduate of Princeton Seminary, lived through this period and observed as the Dispensationalist variety of Fundamentalism became more and more dominant.  Many rejected cultural engagement.  The famous Wheaton Philosopher professor, Dr. Arthur Holmes, used to say regarding cultural enragement, that we had lost 100 years.

This disengagement and turning inward included a reactive orientation that became more and more narrow.  One sees this narrowness previously in the founder of Dispensationalism, J. N. Darby who led the closed brethren. They would take communion with only other closed brethren.  The famous Chinese saint, Watchman Nee was originally Closed Brethren, but left this movement to embrace fellowship with all true believers and was Open Brethren.  This narrowness became deeply rooted and even engaging areas of study were considered dangerous and rejected.  Suspicion was very strong and led to splits in conservative denominations.

For Dispensational Fundamentalists, Dispensationalism was Fundamentalism and visa versa. For much of the Evangelical world, it was so.  The manifestation of this in 1957 was the Billy Graham Crusade in New York.  Because Billy Graham had church leaders on the Platform giving support to his crusade, some of whom had questionable views, Fundamentalist leaders like Jack Wyrtzen of dear memory rejected Billy Graham and separated from him.   Graham was vilified.  This harsh judgmental spirit became deeply rooted.  Thankfully much of Evangelicalism has now come out from this.  Many Evangelicals did not want to be called Fundamentalists.  This was the case with Wheaton College during my years there in the late 1960s.  However, there is still a Fundamentalist segment of Evangelicalism, and they still unfairly censor and judge.  Disagreement within the boundaries of Orthodoxy is occasion for severe condemnation.  We will pick up on these themes in the next essay.