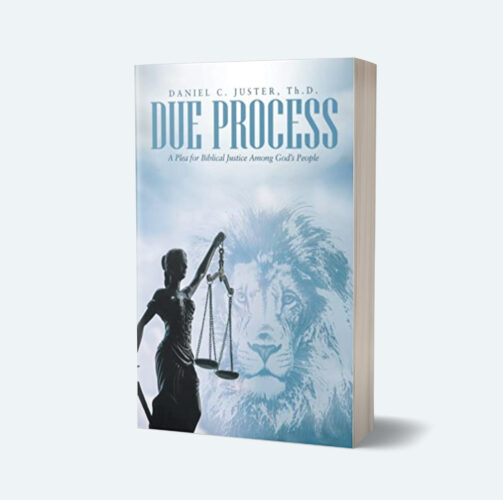 I participated in a recent phone call of apostolic leaders.   The discussion concerned accountability for prophets and all other five-fold ministry leaders.   This was in the context of what seemed some serious prophetic failures.  The discussion turned to the issue of what is the structure of eldership accountability for such prophets, accountability to a five-fold level of senior leaders who share the responsibility with the prophet.  We certainly hope that prophets who miss it on a serious large level will repent and seek God with their accountability authority to find out what went wrong and be re-positioned for greater quality and accuracy.

As were discussing this, Mike Bickle, the leader of the International House of Prayer recommended my book Due Process, a Plea for Biblical Justice among God’s People.  Then John Kelly who leads the International Coalition of Apostolic Leaders said it was a very important book.  Sadly, there is not another like it, and there should be.  A publisher on the call said that he wanted to have it re-printed and re-presented.  Why is this book so important?  It is because it deals with a crucially missing ingredient in many congregations and streams.  That is how to maintain basic standards of righteousness in a community.  That requires that we form discipling communities that are able to bring correction to those who err.  It also requires fairness to both those who are corrected and those who bring the correction.  Some of the key passages on these matters are not often taught or even rightly understood.

The book deals with the important biblical passages that speak about this.  It also presents the role of the elders as first shepherds in love, but also for the sake of the flock as a judicial team that is charged to establish standards and to act when necessary to see that those who will not repent of serious sin are not able to continue in the community, and also that wolves in sheep’s clothing are not given opportunity to devour the sheep.  The importance of Matthew 18 and the process of bringing correction is fully dealt with as well as the way of restoration for those who do repent.  It also shows the way of settling disputes among brothers and sisters.

We are charged with building lasting covenant discipleship community.  Without the standards of the Bible for Due Process, our attempts could fail.   I hope you all do get his book.