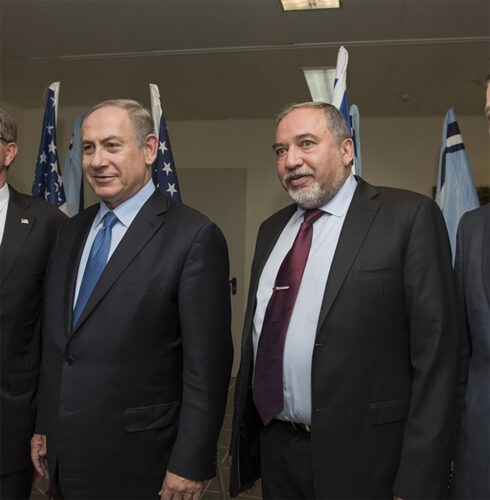 We are now living in an amazing and unprecedented situation in Israel.  Prime Minister Benjamin Netanyahu was not able to form a collation and the sticking point is the conflict between former Defense Minister, Avigdor Liberman and the Ultra Orthodox parties that Netanyahu also wants in his government.  Liberman is on the side of the secular on several issues.  One is an easier conversion process for Russian Jews who are not accepted as sufficiently Jewish by the Orthodox establishment.  Another is allowing necessary transportation work on Shabbat or allow stores to open on the Sabbath.  Thirdly is the egalitarian prayer area at the Western Wall for Reform and Conservative Jews.   Fourthly is the level of welfare support for ultra-Orthodox Jews who do not want to work but study the Talmud and Jewish texts all day.  Work requirements are crucial. However, the one issue that he went to the mat on is the conscription of the Ultra-Orthodox in the Army.   The bill that was accepted for the first reading (three votes are necessary for a bill) was a very moderate increase in service for the Ultra-Orthodox.  It really is not adequate but is a step.  The Supreme court has ruled that the Ultra-Orthodox cannot be exempted in so many instances.   The Netanyahu coalition has legislation ready to over rule the Supreme Court by a majority vote in the Knesset.  In addition, they have legislation ready that precludes all parliament members from being indicted.  This is a push back against the looming indictment of the Prime Minister for financial crimes in contracting.  Yet Bibi got elected with the population knowing all this.  Many Messianic Jews are troubled by all of this.  They are the brunt of Orthodox control of citizenship issues.

We are often told that the Israeli public is very angry about the control of the Ultra-Orthodox.  If Bibi is again victorious he will again try to have a government with the Ultra-Orthodox and they will have tremendous control over Israel society.  Many have pointed out that the Ultra-Orthodox will have a higher and higher percent of the population and if they do not work or serve in the Army, the future is a disaster.  If the last election proves anything and if the results are repeated again it really proves that the Israeli secular public is not nearly so worried about the Ultra- Orthodox.  However, my great question is about Benjamin Netanyahu.  Does he care about the issue of the Ultra-Orthodox?   Does he not see the danger?  Blue and White, the opposition party is really not leftist.  I think it is a center party, maybe even right of center.  There could be a strong coalition with Likud, Bibi’s party, and Blue and White under Gantz. This would then lead to a stable government without the control of the Ultra-Orthodox.  However, Blue and White will not enter a government with a Bibi near to be indicted.  They  could enter and prevent a bill to provide Bibi with immunity.  We need to pray, pray and pray some more.