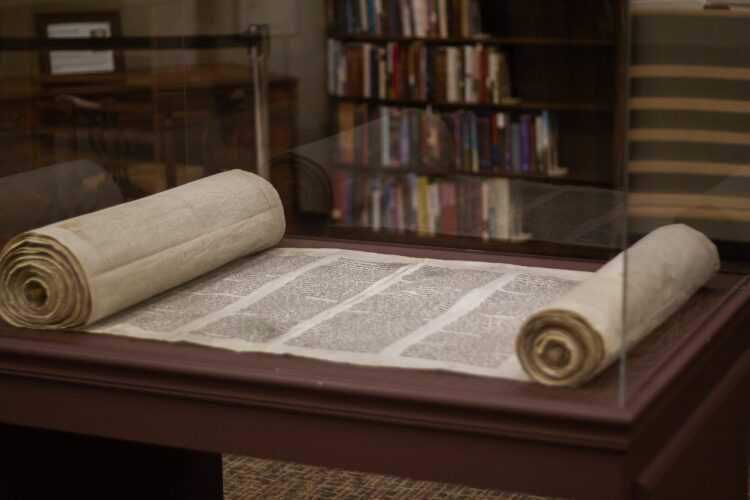 The Four Gospels provide the historical picture narrative of Yeshua’s ministry on the earth. Matthew and Mark include birth stories and Luke one story from when He was 12 years old.  The summary case for the historical trustworthiness of these Gospels will be in another later essay.  At this point, I want to assert that the Gospels were all written during the period when the Apostles who were his disciples were still alive. They claimed to be eyewitnesses.

The Gospels report the story of a man who did amazing miracles both in large numbers and with a quality that could not be explained by natural causes.  They also report a way of love and teaching on ethics or right and wrong behavior that was full of love and went beyond anything that was ever taught before, even beyond the Hebrew Scriptures.  The Gospels also report that Yeshua fulfilled the prophecies of the Messiah from the Hebrew Bible.  Some of these prophecies are clear predictions and others are a fulfillment of types   Types foreshadow the Messiah. For example, the King of Israel, Solomon, is described in Psalm 72 in ways that go well beyond what Solomon could fulfill.  The Psalm in several verses only can be literally true of the Messiah King.  However, other texts are amazingly predictive and literal.  These fulfilments have a clear supernatural character, but the former also give us evidence.

The most amazing text on the future Messiah is Isaiah 53.  This text is the climax of a series of texts on the Servant of the LORD; Isaiah 42, 49, 50, and 53.  As the prediction of the final and everlasting ruling King of Isaiah 2 and 11, He is the one who is a banner for the nations, not only for Israel.  He is a light to the nations in Isaiah 42 and will rule over all nations as in the earlier text. It is easy to see that this one is the same person.  Yet as we progress through these texts, we find suffering as well, the suffering comes to its climax.  The Messiah King in these texts is called the Servant of the LORD.  Israel in other texts is also called the servant of the Lord, but here the Messiah is the representative King of Israel, the ultimate Servant.   In Isaiah 53 we find that his people, the Jewish people, do not receive the report of who He is.  He is, “Despised and rejected by men, a man of sorrows and acquainted with grief.”  His death is a sacrifice for our sins, for He was, “Wounded for our transgressions, and bruised for our iniquities, the chastisement for our peace was upon him.”  “All we like sheep have gone astray, we have turned everyone to his own way and that LORD has laid upon Him the iniquity of us all.”   We find that he was numbered with transgressors in his death.  Yeshua died between two criminals.  Yet, the text implies resurrection for “He will see his offspring. He will prolong his days.”  He will be satisfied with what He accomplished.   This text alone has convinced many to believe in Yeshua.

However, there are other texts that are remarkable. Perhaps the most remarkable is Daniel 9:24 ff.  In these texts, weeks of years, by the understanding of almost all, 490 years.  A decree goes forth and after the time allotted the Messiah is cut off.  The calculation takes us to the time of Yeshua’s death.  This is why some Rabbis wondered if the Messiah had already come.  After his death, a prince would come and destroy the city and the sanctuary.  Daniel was writing when the First Temple had been destroyed and the second had not yet been built. Now he says that the Messiah will die before the second Temple is destroyed.  This happened in 70 A. D. some 40 years after the death and resurrection of Yeshua.  Yeshua predicted this destruction toward the end of his life on earth.

Micha 5:2 tells us that the Messiah, the one who is to rule Israel forever, will be born in Bethlehem. There are many other amazing texts.  Zechariah 9:9 tells us that the Messiah Prince will ride into Jerusalem on a donkey.  Zechariah also indicates his death, for when the Shepherd is smitten, the sheep will be scattered.  (Zech. 13).  Yet, it also says that someday the Jewish people will look on Him who they have pierced, and mourn for him.  The picture of Joshua, the high priest in Zechariah 4, is a picture of the Messiah.  He has the same name.

There are whole books written in much detail on the fulfillment of prophecy.  They give strong evidence for our faith in Yeshua.