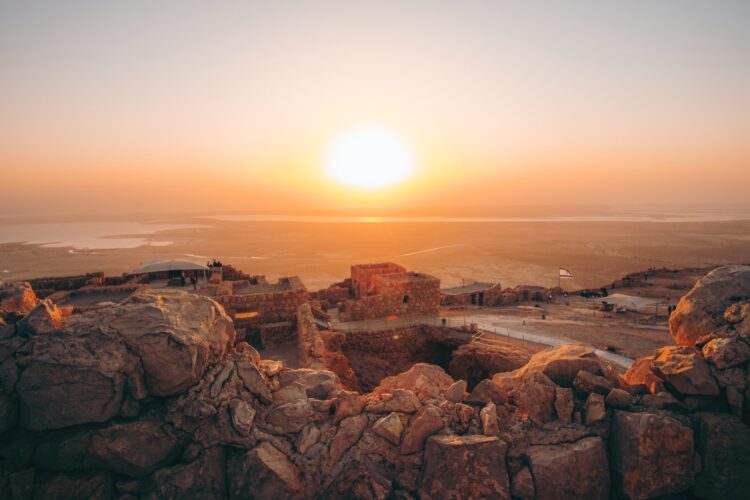 When one studies the religions and cultures of the world, one finds that the Torah (the first five books of Moses) and the rest of the Hebrew Bible presents us with views about God, the world, and the way Israel was to conduct their lives that is in many respects a great contrast to the nations, cultures, and religions of that time.  I have taken this title from a book written in the late 1940s by G. Ernest Wright of Harvard.  More recently the late Rabbi Reuven Hammer, a leader in Conservative Judaism wrote a parallel book, The Torah Revolution.  The standards of the Hebrew Bible are not as elevated as the fulfillment stage in the teaching of Yeshua and the Apostles, but much is universal and forever.  Those who argue for the truth of our faith, say that it is hard to account for or explain the Hebrew Bible unless it came from beyond Israel and from God since it went so far beyond the cultures of the day.  It is not just a product of the gradual advance or evolution of culture.  Many values that we take for granted today had their origins in Hebrew Bible.  Here is a very brief summary.

First, is the idea that every human being is created in the image of the one Creator God, maker of heaven and earth. (Gen. 1:26).   The assertion of one God who is overall and the rejection of the worship of all other gods is amazing and without parallel.  That every human being has great worth and basic equal worth is also something that the ancient world did not believe.  This great worth is re-affirmed in Genesis 9.  Anyone who murders a human being is to be put to death. This idea of the worth of each human being is the foundation of the progress of human rights.  This is the origin of the idea in the United States Declaration of Independence, that all human beings are created equal and that rights come from the Creator.

The unique status of Israel as God’s light bearer, the people who carry his revelation, is unique. That a nation was formed from slaves who escaped the nation that suppressed them is so totally unique.  They escaped by signs and miracles from God under the leadership of Moses.  This nation is then given God’s instruction including his Law.  The Law is so unique, amazing.

The Torah requires the King to be subject to the law whereas in other societies at the time the King was the law and above the law.  The Torah provides for the office of the prophet that holds the King and the nation accountable to God’s Law (Deut. 18).  There is a division of power of prophet, priest, and king. No other society had such a clear balance of power.  The courts of Israel were to be based on evidence and the testimony of witnesses.  Trial by chance ordeal was precluded.  The rich and poor were to be treated favorably.  There was to be equality before the courts.  Judges who received bribes were condemned.  The Law elevated women.  Marriage was a covenant with mutual responsibilities.  A false husband who made false accusations against a woman for immorality was to be punished and had to provide for that wife for a lifetime.  (Num. 5) Women could receive an inheritance and had rights to be heard by the courts.

The Torah and then the prophets proclaim God as one who identifies with the weak and marginalized, the widow, the orphan, the handicapped, and the poor.  The society is charged with showing special care for these and will be punished if they do not do so. Other societies discarded their marginalized people.

The Torah provides many laws to make the economic sphere humane.  First is the keeping of time by weeks.  No other society kept time by weeks.  Every seventh day was a day for rest, worship, renewal with God and with one another.  The seventh day was a memorial of God creating the universe in six defined periods called days (yomim) and rested on the seventh day.  Human days in Israel are to maintain a pattern that shows that truth.  The seventh day is a weekly memorial of the Exodus from Egypt.  No other society had a seven-day pattern with a Sabbath. The seven-day pattern in the world today came from the Torah.

In addition, economic arrangements limited slavery to 6 years or less.  Every seventh year all slaves were freed, and all debts canceled.  The slave was to be sent out with provision to make a new start in life.  The land was to lie fallow and to be renewed. God promises to provide by making the sixth-year harvest abundant and to provide abundance in what grows by itself.  This required Israelites to exercise faith in God.  Even In the United States today, reflecting this law, one can declare bankruptcy every seven years and be freed of debt.

However, the Jubilee year was the most amazing (Lev. 25).  Primary wealth was held in land in the ancient world. Some could get rich on trade, but land was more primary. In other societies, the rich controlled the land generation after generation.  The rest of the population worked the land at an almost slave level.  This is precluded in ancient Israel. The land was divided among all the tribes and families of Israel. Every 50th year, liberty was proclaimed, and the land was returned to the families of original ownership.  One could become poor and might have to sell their land, but the sale was only for the years of productivity until the Jubilee year. While hard work was rewarded and there could be disparities of wealth, the Torah precludes a super-wealthy class ruling perpetually over a poor class.  It limits wealth disparity.

Not all in the Law shows God’s ideal.  The New Covenant Scriptures show that some laws accommodated the weakness of that time (allowing slavery though limiting it and giving slaves rights which required them to be treated well and then released) and polygamy which Yeshua precluded, restoring monogamy (Matt. 19)   Most of the ethical teaching of the Torah is universal.

The uniqueness of the story of Israel and the teaching and laws of the Torah are best explained as a revelation of God.