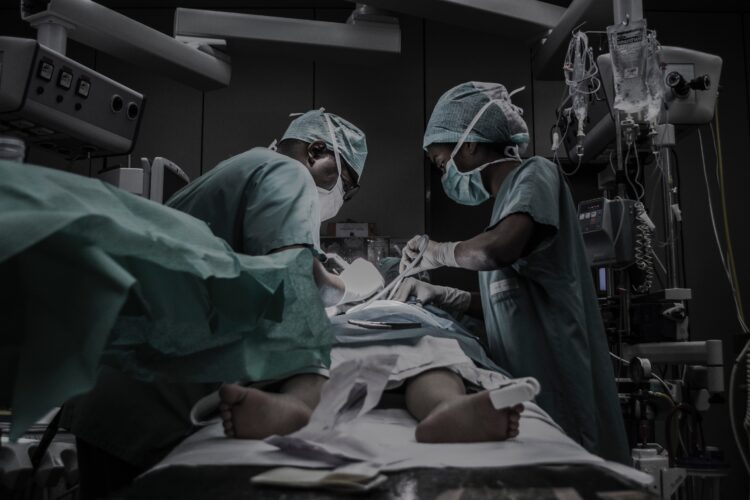 LOVE HURTS
The emergency room of the hospital bustled with too much activity. The noise and confusion seemed too intense for so early on this Sunday morning. Huddled into a corner sat a young mother and father. They were sitting facing each other with heads bowed and hands grasped tightly together. The parents were visibly upset and they looked like they needed treatment themselves. Both had dried blood on their faces and cuts and bruises on their arms. One could not mistake the reason for their consternation…they were facing death. A few hours ago they were happily on their way back from visiting her parents. The weather forecaster never mentioned the prospect of freezing rain. Why didn’t anyone know and warn the holiday travelers? Maybe they could have avoided traveling home last night and instead left that morning. But the speculation was futile. The unavoidable happened. Their car skidded out of control and flipped over several times before coming to a stop. All of them were thrown out of the car even though they all had seat belts on. How could this possibly be? Slowly the man and woman found each other and were so relieved that neither of them was seriously hurt. But, where was their son. Frantically they searched the ground near the road. It was so dark along that country lane. Then they heard a moan coming from somewhere behind them and they quickly found their three-year-old face down in the cold wet mud. Blood was oozing from his mouth. They were in shock and disbelief…not their precious son! Fear seized them…what could they do. The mother stayed with her boy while the father ran to flag down a car to get help. Fortunately, the driver had a phone and called for an ambulance. The ten-minute wait seemed like an eternity. Medics ran to their child and started to check him out. They didn’t even take time to put him on a stretcher but scooped him up into their arms and rushed him into the ambulance. Despite the parents’ pleas to ride with their son, the medics refused them entry and slammed the ambulance door in their face. The waiting police whisked the mother and father away in his patrol car. Now they found themselves alone, waiting for news of their son.

Over four hours passed before one of the nurses came to take them through the emergency room doors into one of the small conference rooms. They were told to wait for the head surgeon, who had worked on their son. The parents looked intently into the nurse’s eyes to discover if their son had made it through the surgery. But, she was cold and calculating as she carried out her duties and her countenance did not reveal any news. However, it was only a few minutes before the doctor came in and that ethereal nurse scurried out. He had not even taken time to change his scrubs…they were splattered with blood. The doctor could not even look the mother and father in the eyes…then they knew. Collapsing into each other’s arms they let out an unearthly wail. Their son, their precious child, gone…so quickly. They never even got a chance to say good-bye or give him a hug. The doctor clumsily asked if there was anything he could do. He said they tired everything they knew to do but his injuries were too severe.

The same nurse that led them to this room came to lead them to a special room where they could view their son and hold him. Thankfully, she left them alone and they were able to handle their shock and grief in private. They reached over to touch the still form of their son. It was already cold. The mother didn’t know if being in this room was such a good idea as her boy was greatly disfigured. His mangled appearance only added to he trauma. Maybe this body was not really her son. Maybe he was back by that road calling for them. Yet, there was not mistake. On his neck a small red birthmark marked him as their own son. How they hurt. They touched him, but he did not wake. He did not respond. Unrequited love, the worst kind of pain. They hurt because they loved. Many children die everyday, yet not one of their deaths affected them like this…not even coming close. In fact, it never even crossed their minds to grieve over the losses of these other children. But why did they hurt so over the loss of their own son? It was because of love. The greater the love one has for someone, the more the pain of loss when love can no longer be returned. How much God must hurt when His love is not returned.