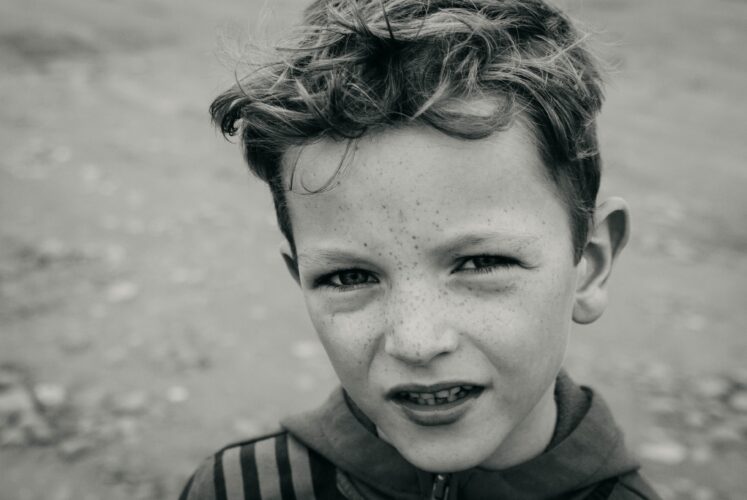 A large crowd of women and children were huddled together, trying to keep warm. Their thin coats provided little protection against the late autumn wind and rain. Many could be seen striking their folded arms against their bodies to try to stimulate blood flow. The gray sky accentuated the bleakness of the occasion. The Gestapo had rounded up the women and children from several barracks to witness the punishment of three young boys who had stolen bread from the camp kitchen. Several women could be heard whimpering softly so as not to bring the wrath of the guards down upon them. None of them chose to be here this morning. But these were the “lucky” ones, depending on how you look at it. Many of their train mates were herded down the road to the showers and to “better” barracks, so they were told. But these women knew better, they had heard rumors about the gas chambers and crematoriums. The daily stench never let them block these thoughts from their minds.

This morning, just like every cold morning, they have dealt with these horrors the same way that their bodies dealt with the cold. They became numb on the inside just like they were becoming numb on the outside. Shouts could be heard coming from some guards off in the distance. Apparently, some women had refused to be a part of this scene and now were suffering the consequences. There were a few screams, a couple of shots, and then there was silence. No one flinched. They were used to this by now. These outbreaks were a daily occurrence.

It seemed like they were standing out in the cold forever that morning while they waited for the guards to bring the three boys. But, finally, they could see them coming around the corner of one of the barracks. These poor boys had hardly any meat on their bones…just like the rest of them. It was not fair that any of them should have to experience such evil and degradation. Their eyes were glazed over and it appeared they were already dead inside. What was about to happen only solidified what already happened months ago when hope disappeared.

The guards pushed the boys on ahead of them until they reached the gallows in front of the crowd of women and children. They all knew what to expect, they have seen this before. Each boy was put on a chair, then a noose was slipped over his head, and with sordid pleasure the guards kicked the chairs out from under each youth. The noose soon tightened around their necks and they began to gag and gasp for breath. They did not die quickly, as their necks were not broken as they were in usual hangings. Their mothers, in witnessing their agony, fell to the ground. They yet had enough life left in them to grieve bitterly for the loss of their child. One mother could be heard groaning, and shaking an angry fist at God, “Where are you?” Somewhere in the crowd a voice called out loudly, “God is right up there hanging with your son.”

Yes, this was true. God knew that in creating man with a free will, it would cost Him as well man great pain and suffering. He was willing to bear this pain and suffering that would result from the evil choices made by fallen man. The holocaust represented the price of freedom. The cross represents the cost of love. Within the heart of God, before man even set foot on this earth, God bore the pain of all the sinful choices, and yet, knew his great power was able to bring all of creation history into conformity with glorious purposes. The Lamb of God was slain from the beginning of the world and sits in the center of the throne. The Lion of the tribe of Judah has triumphed. Because God weeps with those who are weeping, great glory can be brought out of great tragedy. We do not grieve as those who are without hope. We have a savior who identifies with our every tear. How great a love the Father has for us in that he sent His only son to hang on a tree for us. We do not suffer alone.