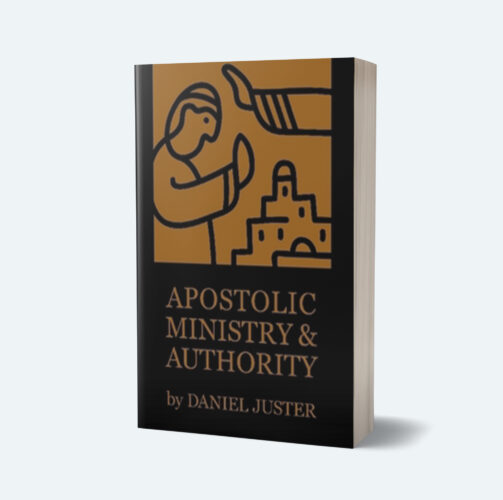 My new book Apostolic Ministry and Authority addresses the role of apostles today and responds to the ongoing controversy on this issue.  It answers the question on whether or not the teaching of the Bible would lead us to expect that apostles and prophets would continue to be raised up by God and have important roles in the Body of the Messiah until the second coming.  How are such distinguished from the original Apostles who have the authority even to write the inspired Scriptures which alone are our final authority?

I come at this form an exegesis of all relevant passages in the Bible and the Church historical background.  It is important to see what the early Church Fathers believed about apostles and prophets and the connection of their functioning to the role of overseeing bishops as it developed in the second century.  How does this relate to the idea in the Church Fathers of the elders of the city?

Then biblically, what is the extent and limit of the ministry and authority of apostles?   I come at this from broad experience in denominations as well as the new church streams.  How do we embrace the blessings of the different leadership roles in Eph. 4 and avoid the abuses that have taken place in some streams.

This book will show that apostles have always functioned in expanding and strengthening the Body of the Messiah.  It is not a long read, but an important one.