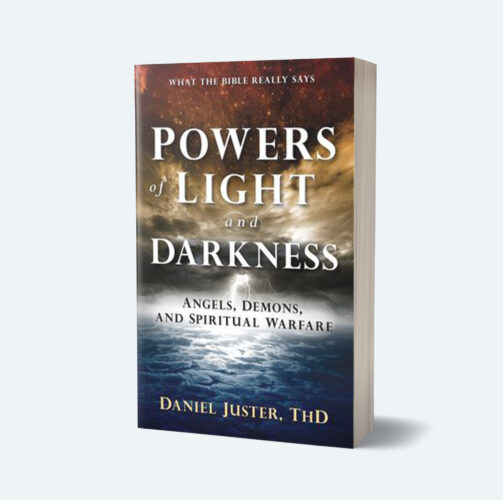 Angels, Demons and Spiritual Warfare, What the Bible Really Says

There are so many practices in spiritual warfare that are practiced by some segments of the Christian and Messianic Jewish Communities.  Some claim Scriptural warrant, but when you look at the texts in context, they do not mean what is being extracted from them.  Some of the interpretations are what we call isagesis, reading in, verses exegesis, explaining what is really in the text.  Some practices claim to be based in the leading of the Spirit.  Our book seeks to understand both what the Bible really says and what can be credibly claimed as being led by the Spirit.

To answer our questions, we have to first survey the Bible and present that it says on angels, demons and spiritual warfare.  Spiritual warfare is important in gaining ground for the Kingdom of God.  What are the most important biblical on angels and demons. What do they do?  What is their power?  How do we best oppose them on the basis of biblical teaching.

In addition, we have the testimony of leaders from various nations that engaged in operations that seemed to have a major effect in rolling back the forces of darkness, including commanding those forces to let go.  I have been in prayer meetings where people addressed the principality over city, sometimes by name.  At other times they have addressed the Prince of Persia or other demonic ruling powers.  Should people be doing this?

We hope that this book is enlightening and brings biblical balance and advance to the issue of spiritual warfare.