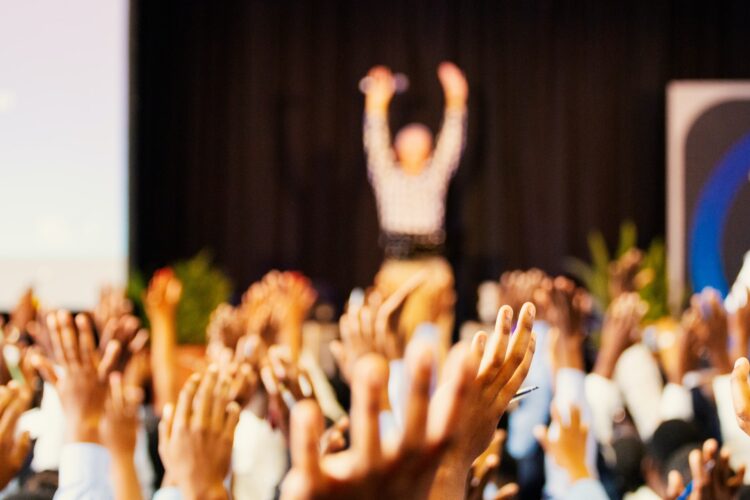 For 150 years Signs of the Times Prophecy Conferences were popular in Dispensational circles.  These conferences were especially popular in the 1950s and 1960s.  Some of the best teachers were from Dallas Theological Seminary (J. Dwight Pentecost and others). The conferences were very exciting because they gave evidence that Jesus was coming soon, and the rapture would take place.

The paradox was the dispensational teaching that Jesus could come any moment and nothing, no sign of the times or prophetic fulfillment, needed to happen before the return of Jesus.  If so, then why were the signs of the times important?

The answer was that though no sign or prophetic fulfillment was a prerequisite, the situation of the World and the lineup of the nations showed a fulfillment to prove to us that Jesus was really, really was coming soon.  The sense of this was so vivid.  The conferences were used to motivate evangelism, since if his coming was so soon, then there was little time left to evangelism and see people saved before the rapture.  I recall the famous Dr. Charles J. Woodbridge, of dear memory, at Word of Life Camp and Conference Center saying that he thought we did not have more than ten years till the rapture.  As a young person, 17 years old, I did not want the Lord to come until I experienced marriage though the teaching was still very exciting to me.

What were the signs?  Here are some.  The European Common Market had six nations, and it was predicted that it would expand to ten nations.   This was seen as the reconstituted Roman Empire predicted in Daniel 2, the ten toes of the great image upon which the stone falls and the image crumbles and becomes a great mountain.  Yeshua is the stone that falls on the toes. The toes are also the ten heads or crowns in other chapters.  The Common Market then expanded to ten nations.  There was great excitement.  But then there were 11, 12, and then the European Union with many more.  Now ten looked more symbolic than literal,  but this was still seen as Rome renewed though the geography was not the same as the Roman Empire.

The Jewish people being reconstituted in the Land was a major sign of the times since in the Tribulation, after the Church was gone, Israel would be the center of God’s working in the world and the preaching of the Gospel of the Kingdom.

The power of Russia was key since they were seen as the invading nation of Ezekiel 38 and 39.

China was another sign since the book of Revelation speaks of 200 million coming from the East and only China could have a 200 million men army.  I note that no supply line could provide for such an army.  The text is not about a literal army, but that is how it was taken.

The apostasy of the main line Protestant Churches and the World Council of Churches was another sign of the great falling away.

Some of these conferences presented detailed information about invasions during the Tribulation and the details of wars and alignments.

How can we respond to all this?  Yes, there are signs of the times that look like the coming of the Lord is nearer.  Israel is certainly the most noteworthy fulfillment of prophecy.   However, the Bible does not orient us to speculating on detailed fulfillments as if prophecy gives us detailed writing of world history ahead of time, though there are great prophetic words about the coming of the Antichrist and the line-up of the nations against Israel, the tribulation and opposition to the Body of the Messiah. The emphasis in the Bible is much more about moving history to the climax of his coming through completing the work of preaching the Gospel of the Kingdom to all nations and making Israel jealous. For that we need revival and unity in the Church (John 17:21).  Making Israel jealous is an eschatological (last days) task that leads to the return of Yeshua (Rom. 11:11-16)

How do we deal with any moment return doctrine?  First, there is one text that is important among others.   It says, “You are not in darkness that that day should overtake you as a thief.”  (I Thes. 4:5).   Does the Bible teach the any moment doctrine, or does it just teach the soon coming?   For the writers of the New Testament, His coming seemed soon.  It seems that God’s setup is such that every generation can point to enough things that it seems soon.  George Ladd argued in his classic The Blessed Hope, that any moment teaching is wrong and there can be fulfillments that come first.

However, if one is still oriented to any moment coming, J. Barton Payne, the late and esteemed Professor of Old Testament at Wheaton College Graduate School, in his book The Imminent Appearing of Christ, argued that we will not see the prophetic prerequisites clearly until after the fact.  There is enough uncertainty always to think that there is yet prophecy to be fulfilled, and yet He can come any minute. Only after would we see that the fulfillment came.

I am more oriented to Ladd’s view.  Prophecy or eschatology conferences could be a good thing if the emphasis is not on the details of the future events, but on the broad sweep of the teaching of the Bible on the preaching of the Gospel to the nations, revival, unity, and the lineup of the nations against Israel.  The issue is biblical balance.