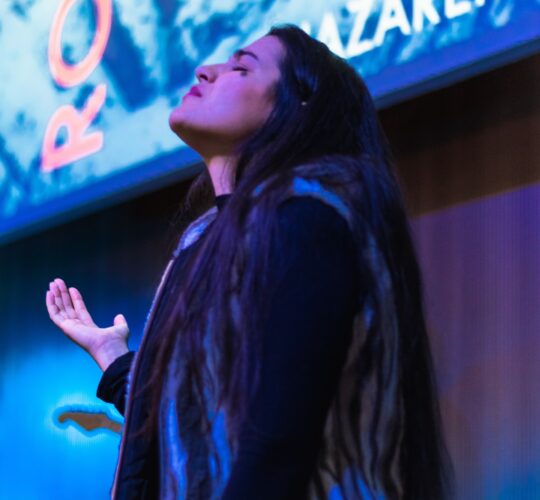 Though the Puritans are looked at as stogy formalists, this was far from the truth for some of them. Ian Murray in his important book, The Puritan Hope, writes about outpourings of the Spirit in Puritan meetings as recorded in Puritan documents.  An eschatology was developed by some that taught that such outpourings would continue, that they would ebb but then a new outpouring would take place.  This ebb and flow would ultimately lead to a great outpouring that would not ebb but would lead to the second coming of Yeshua.  Some Lutheran Pietists affirmed the same view in the 18th century. This view reached great clarity among the Moravians under Count Von Zinzendorf in Hernhutt, Germany in the 1730s.  They experienced such an outpouring that had dramatic effects.  This was partly enabling them to maintain their 24/7 continual prayer meeting and sending many into world missions.  It is usually thought that the Moravians began the modern Protestant world missions movement.  As an important side note, the Moravians were passionate about the Jewish people and had missions to them that actually planted congregations.

Rubin Archer Torrey was the right arm of Dwight L. Moody, the great 19th-century evangelist in the second half of the century in America.  They both believed in the second work of grace, the baptism of the Holy Spirit.  When Moody died, R. A. Torey became the President of Moody Bible Institute, but his theology of revival and the baptism of the Spirit led to a separation.  The same was repeated at Biola, the Bible Institute of Los Angeles. Torrey left Biola and then traveled the world to inspire city-wide prayer meetings seeking God for revival.  Some believe that Torrey’s efforts were part of several revivals in the early 20th century.  One was in China, but the most famous was the Welsh revival. Torrey as well looked for world revival leading to the completion of the great commission and the return of Jesus.  This orientation on revival is strong in Pentecostal and Charismatic circles today but also is very common among leaders in the World Evangelical Alliance.

What is the biblical basis?  The most important text is Acts 2.  Many scholars interpret Acts 2 as partial fulfillment of Joel 2:28ff., that God would pour out his Spirit on all flesh.  The last days began with the coming of Yeshua and Pentecost (Shavuot) but the last of the last day is before the great, glorious and terrible day of the Lord’s judgment where the Sun is darkened, and the moon turned to blood red. That final day of the Lord is yet to come and the great outpouring on all flesh, not just a Jewish contingent in Jerusalem, is still to come. Other texts in Isaiah especially are supportive (Isaiah 60).  World revival is now a common theme among Christians worldwide.

How does Classical Dispensation respond to this?  Generally, it is pessimistic about the end of this age, whereas the revival oriented to see the darkness getting darker but also see the greatest revival and the greatest harvest.  It seems to already be happening in some parts of the world.  There is as well an outpouring of miracles today (See Craig Keener’s amazing documentation in Miracles).  The most important dispensational statement today is the one required for all Dallas Theological Seminary faculty.  There is no revival mentioned, and miracles and supernatural gifts of the Spirit are declared not for today or for this dispensation.  This orientation changes the direction and expectation of Christians who hold to it. Indeed, those who expect and pray for revivals and the last great revival have much more optimism. We also believe in such a revival among the Jewish people.  This idea of a Jewish revival has been a central emphasis of the Messianic Jewish Alliance leaders in America for the last 45 years.  It is indeed true that revivals have led to great Gospel advances.  Just trace the effects of the Welsh revival.  There is no downside to this theology, but it intensifies prayer and faith.

Classical Dispensationalism has blunted our hopes for revival. My conviction is that in Israel, we will not see much progress for the Gospel without revival, and Holy Spirit outpourings.