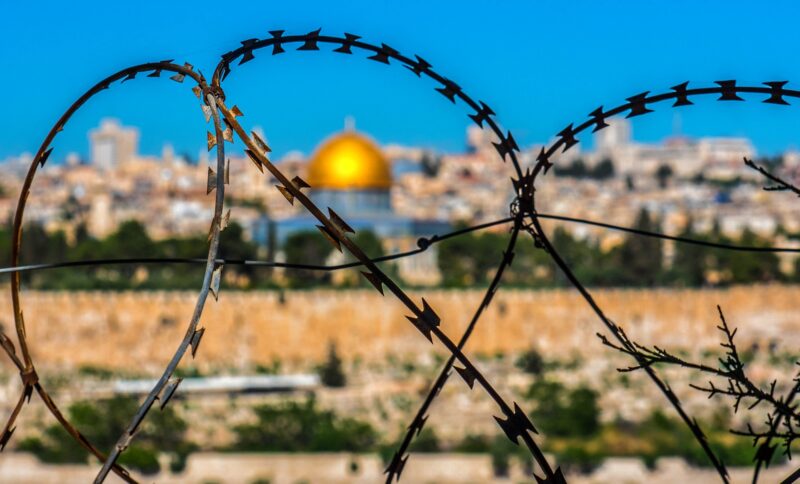 CONFUSED ABOUT ISRAEL POLITICS AND THE ISSUE OF TAKING OVER THE REST OF THE LAND IN ISRAEL? Well, it is a very confusing issue with deep political divides. Here are a few points to put it into perspective.

1. Right-wing religious national parties would probably take over the land come hell or high water, no matter what the nations think. However, they are not in this government, and when they were in previous governments they could not implement their vision. One sees that the radical right-wing religious seek to establish settlements that were not approved by the State of Israel. Sometimes this brings big violent clashes between the settlers and the police/army who have to dismantle these outposts again and again Sometimes the government will legalize them post facto. The attitude of these people is that if the government of Israel will not take the Land, we have a biblical mandate to do so that transcends the government. Note how they interpret the Bible as applying today.

2. The larger right-wing parties would like to take the whole Land but they bow to U. S. and international pressure to do so. This includes Yamina and included Likud when they were in power. Generally, they simply preserve the status quo with the Palestinians on the West Bank (Judea-Samaria)

3. The centrists want to preserve Israel and its majority of Jewish voters. They would like to see a two-state solution but do not see it as feasible now because of the situation of the Palestinians and the power of the radical Muslim Hamas group.

4. The left, represented by Labor and even more radically by Meritz, want a two-state solution, does not want to foster the status quo and wants to go all out for it.

The Israel public however is just as complex as the parties and includes the ultra-Orthodox who are anti-Zionist. Unlike the nationalist Orthodox, they see the state of Israel as an aberration that should not exist before the Messiah comes. Their biblical interpretation is the opposite of the first political group.

Most Israelis are right of center, and most are secular but moving toward keeping more traditions. They moved right after the Palestinians rejected Prime Minister Olmert’s peace offer which was beyond generous and more than any government could offer now. However, they are not in favor of illegal Jewish settlements on the West Bank. Jewish settlements and new towns should be legal.

One thing, not enough discussed is how Israel has allowed multiple Palestinian settlements in Area C which is under their control in the Oslo accords, whereas A and B are fully under the Palestinians. Why does Israel allow this? Because Europeans like the facts on the ground for a future Palestinian state. They see area C as fully Palestinian. Israel has been foolish to allow such illegal buildings. I often pass such settlements as I drive past French Hill toward the highway that goes down to the Dead Sea.

I think one of the biggest issues is that the Israel Government simply is too wimpish to enforce the Law. This is not to say that settlements should not be approved or that Palestinians should not have more housing. They really do need it and have been treated poorly. But Israel really should enforce the Law always. There is a great need for permits for housing for both Jews and Palestinians. However about a lawless society.

Where do Messianic Jews stand?  All over the map on these issues, but more would be on the right.  However, there are Messianic Jews who support all the positions except anti-Zionism of some of the Ultra-Orthodox.