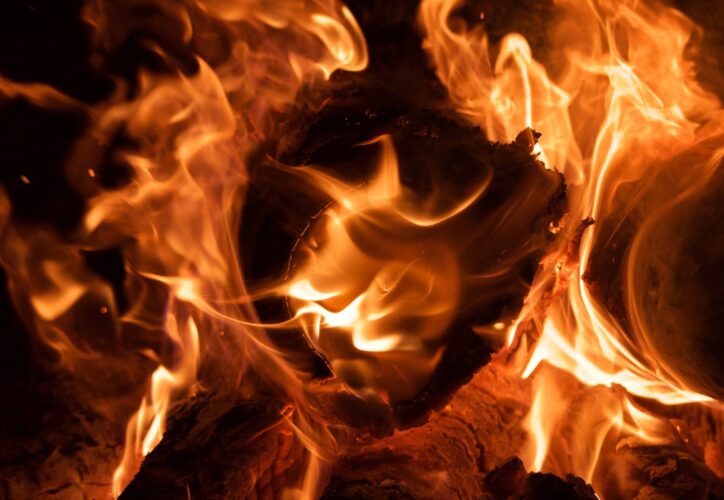 After his resurrection but just before his ascension (where Yeshua was taken up to God and seated at His throne) Yeshua instructed his Disciples to stay in Jerusalem and to wait until they would be clothed with power from on high.  They would be immersed in the Holy Spirit.  On the Jewish Feast of Shavuot or Pentecost, this took place, but not only with the 12 Disciples but with 120 gathered disciples.  They spent ten days after his ascension seeking God in prayer.  On the morning of Pentecost, I believe they gathered in the Temple in Solomon’s Portico, their place for larger meetings. Then it happened.  The Spirit was poured upon them with a mighty rushing wind.  Flames of fire appeared on them.  Then they spoke in foreign languages that they never had learned.  The people on the Temple Mount platform heard the strange loud sounds and gathered.  Jewish people from many nations heard them proclaiming the Good News in the languages of these nations.  Two aspects of this major miracle are usually noted by scholars.  First that this miracle parallels God coming down in fire on Mt. Sinai when the covenant was given to Moses for the people.  Secondly, some think that the barrier of language differences was overcome through the Gospel in a reversal of the confusion of languages at the tower of Babel.  Some who did not understand that they spoke in foreign languages thought they were drunk.

Peter then stood up and proclaimed the Gospel.  He began by saying that they were not drunk, but it was only 9:00 A. M.  Rather this was the miracle prophesied by the prophet Joel in Joel 2:28-30, where God promises to pour out the Spirit on all flesh, and the sons and daughter will prophesy.  Then he proclaimed the story of Yeshua, his life of miracles, his death, and resurrection.  He also noted the culpability of the leaders and those who followed them who gave him over to death.  The people were deeply convicted and wondered what they should do.  Peter then tells them to repent, be baptized, and to be filled with the Spirit.  The text says 3,000 men came to faith that day, baptized no doubt in the many immersion pools by the entrances to the Temple.

We now read of the progress of the new movement.  It grows by leaps and bounds, from major miracle to major miracle.  Peter and John see a man crippled from birth healed at the Gate Beautiful entrance to the Temple.  The Disciples supernaturally escape jail.  Signs, miracles, wonders, and healing are characteristic.  There are healings from paralysis and even a resurrection from the dead (Acts 9:39-42).   The movement among Jewish people and Samaritans (Acts 8) became very large though, alas, it did not gain the majority in ancient Israel.  The religious leaders thwarted its progress.

Then we read of the amazing conversion of Saul of Tarsus (Paul) who took the Gospel to the nations.  Amazing miracles continued, prophecy, healings, and a resurrection from the dead.  The power of the Spirit that accompanied the preaching of the Gospel was as nothing ever seen before. Mark 16 is the prophecy of what would happen, “These signs shall follow those who believe.” (v.17)   It then summarizes what happened, “They went out and proclaimed everywhere, the LORD working with them confirming the word by the signs that follow.”  (v. 20)

The power of preaching the word in the Synagogues of the Mediterranean world and then in the marketplaces of the cities of the Roman Empire with such power with signs and wonders produced a huge movement.  The miracles in the ministry of Barnabas and Paul and then Paul and Silas and their team continued to produce the same kind of fruit that we saw in the early ministry of the 12 in Israel.  Congregations were planted and grew in city after city.

Only the fact that the Spirit was poured out at Pentecost in the Temple and the confirming signs being so numerous and amazing in the rest of the book of Acts (some 30 years)  can explain why the Yeshua movement conquered the Roman Empire.   There were some other periods that were amazing, for example, St. Patrick in the British Isles and Ireland.  However, in history, there was nothing again quite as grand as what we see in the book of Acts.  However, that is until our day.  Today we are seeing the closest parallels to the first century.  That is for another essay.