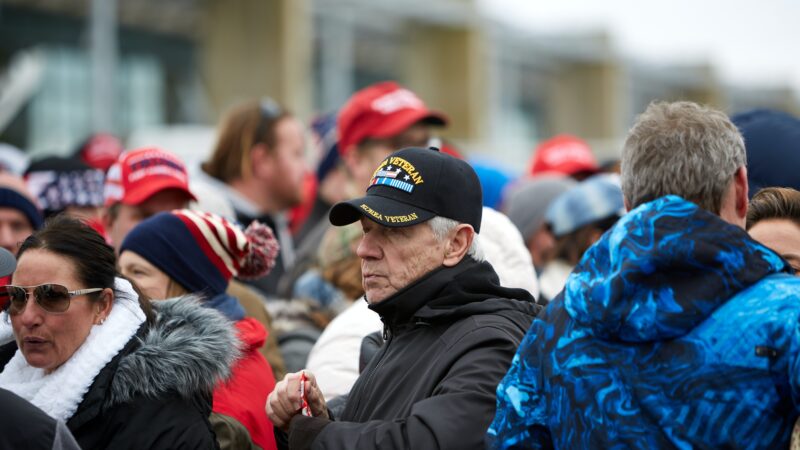 My Facebook Friends are divided between supporters of Donald Trump and those who did not support him.  Generally, the numbers seem to track with the Evangelical world since most Messianic Jews and Evangelicals supported him, but a significant minority did not. Some were ribald always Trumpers, and some were ribald anti-Trumpers, but some like me supported him with serious concerns about him.  Now that the election is over, some of my friends are depressed.  The justice issues that were in process of investigation will probably not see the light of day and the issues that so motivated us from abortion, the LGBTQ agenda, religious and educational freedom, Israel and Iran can easily be reversed.  I thought in this context that having some historical perspective might be of value.

I did not take a position on the prophecies that President Trump would serve a second term.  I did come to realize in 2016 that there were credible prophecies that he would be elected in 2016.  Some of them preceded his even being a candidate or any thought that he would be a candidate.  One of the more credible words said that his election was only a temporary respite of mercy for the Church to get in order for the battles that would ensue afterwards. It seems that this was little heeded, and only recently have we seen the massive prayer that will be needed to bring revival and push back against the forces of darkness.  Even now the darkness descends quickly.  The House is discussing new rules to preclude gender language. One should not speak of mothers, fathers, sisters, brothers, aunts, uncles and girls and boys.  All language should be neutral!  This is a foundational rebellion to God’s creation order. The attempt is to enforce a new secular orthodoxy in relation in the LBGTQ agenda and to cancel anyone who does not go along.  The larger question is, will those who claim to be followers of Yeshua stand up tall at this time and proclaim the Gospel.  The Gospel is based on knowing that by the Law of God all stand condemned and in need of the atonement.  And that sin includes the behaviors affirmed by the LGBTQ agenda.  That is what gets us into trouble with the culture.

Those who were pro-Trump should not think all is lost and those who were anti-Trump should not rejoice.  Rather we have together bigger fish to fry.  I am speaking here to those who have a conservative view of how to fulfil demands of a social justice biblically defined.  The best of the pro-Trump people voted for Trump because they believed hi policies were best for lifting people into more opportunity for success.  The best of those who were anti-Trump saw the coarsening effect of his presidency as more setting back the conservative social agenda than advancing it.  So, let’s try to agree on a few keys.

First, positive social transformation has come to the world due to a growing and strong Body of Believers.  It has never come in the time of a weak declining Church electing a leader who will drive social policies consistent with the Law of God.  This is why the word that the Trump presidency was a respite was, in my view, a true word.  It may look like the nation as we knew it is now lost, but this is not so either.  Rather, we have to take the long view. We may be entering the Tribulation now (as one friend argued) or in for a long battle.  So how does the long battle look?  Or even being prepared to triumph in tribulation. Amazingly the answer is the same in both scenarios.  A thriving and growing Body of Believers eventually will lead to social reformation in the larger culture or will lead to the ultimate battle of the end.  A healthy Body of Believers is defined by revival. evangelism and discipleship.  Picture it as a triangle.  When the Body of Believers is healthy there is continuous and significant gain in people coming to faith.  Secondly, that gain is secure because there is solid discipleship in the Word of God and the training of people to walk out a godly life.  These two, depend on the power of the Holy Spirit, or revival.  In Church history when these three come together rightly the culture is eventually transformed.  In Rodney Stark’s great book The Rise of Christianity, he outlines the quality of life, discipleship and growth of the early Church for the first 300 years.  Eventually they gained such force and power that Constantine converted to Christianity. Whether one considers this good or bad (and it was certainly a mixed bag) it is interesting that later the Emperor Justinian brought the law code of the Empire into conformity to Biblical Law.  Yes, Christianity transformed the culture.  Abortion and infanticide ended and women were elevated.  And, by the way, in Starks view, up to that time, it was a very Jewish Christianity.

We see the same pattern in Protestant history.  The first great revival in the 18th century under Jonathan Edwards brought great moral and social reformation.  So did the revivals  in the 19th century, known mostly though Charles Finny (but there were many others).  They brought great social reform, the ending of slavery, child abuse in labor and women’s rights. The revivals elevated large numbers of people and then the whole culture. People were discipled and knew the word of God.  It is astonishing to read the writing of ordinary people from that time, before public school systems, and their knowledge of the Word and much else.

So, the issue of issues is not who is in political power but the condition of the Body in any nation.  We have massive studies by George Barna’s group and by Ligonier Center to show us that most Evangelicals have no coherent world view, about 40% do not even understand basic doctrine, are unclear on the deity of Yeshua and on salvation by faith.  Some of us hoped that that believers would progress during the last four years.  It seems only near the end was there massive prayer at the level that will be needed to be sustained so that we might press into revival. God’s priority is the condition of the Church.  What kind of government do we need for us to get things in right order?  The Chinese pray that God will give them the kind of government they need for their growth into what they are called to be like in Yeshua.  God knows that the Church needs to be rightly changed. Yes, we are concerned for the nation.  God will judge a nation corporately and we wanted to push back the darkness over the nation. It is our responsibility to do so to the extent that we can.  But far more important is the issue of the condition of His people.  Will the next years be a time to look seriously at the condition of the Church and press into God?  I hope so.  I hope it is not a time of compromise with the false ideas of the culture that will now dominate in the new political season.  I sadly see some doing that.

I should note that we are going to elections in Israel.  There we face a very different situation. Conservatives are not social conservatives in Israel, except for the Orthodox Jews.  All support gay marriage and are open to the LGBTQ agenda but the Orthodox Jews keep that from being enforced in a kind of thought control.  Conservative here means economics, strong defense and the right to settle the West Bank.  We need the same prayers here for revival, evangelism and discipleship and hopefully cultural influence to follow.