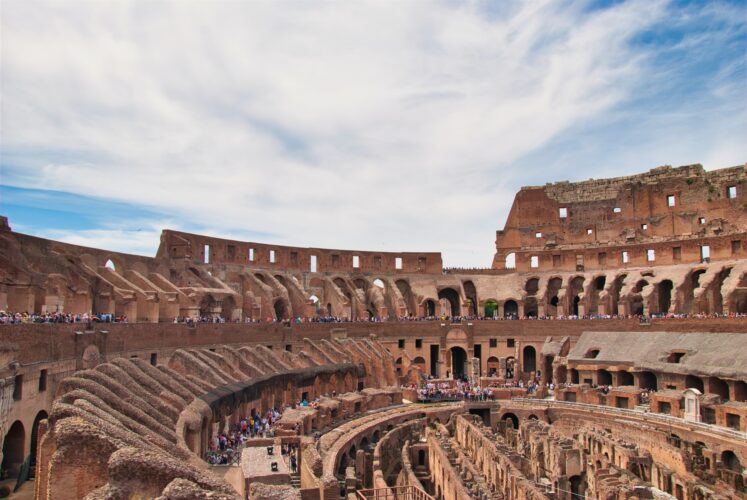 The history of the early Church is amazing.  I use this term, early Church as the normal one for historians and recognize that we are speaking of a mostly Gentile movement, though Messianic Judaism continued for some time in Israel and Syria.

By the end of the sixth decade of the first century, Paul the Apostle could say that the Gospel had spread to all the world and was growing and triumphing everywhere.  (Col. 1:23) When Paul speaks of the whole world, he means the Roman ruled world, though there is evidence of spread even to India. The book of Acts gives us an accurate account of the development in Israel through chapter ten and then in the nations beginning in Acts 12 and 13.  Antioch was the center of what became a movement of faith among the Gentiles, though Paul first began his presentation in the synagogues.  There was a Jewish background in the synagogues of the Mediterranean world that enabled an easier understanding of the Gospel.  How do we account for this?  It can only be accounted for by the evidence of the resurrection of Yeshua from the dead, the event of the outpouring of the Spirit at Pentecost, and the amazing confirming signs and wonders done in the name of Yeshua, Jesus.  The Book of Acts describes this well so that powerful healing came even from the shadow of Peter (Acts 5:15, 16)  and the handkerchiefs of Paul  (Acts 19:12).

The early Church fathers. bishops of the cities, present a Church that continues to grow by leaps and bounds.  Signs and wonders continued.  It was mostly organized in-house gatherings.  As of yet, there were hardly any buildings for large gatherings.  However, it was not only the miraculous but the quality of the lives of the believers, highly moral, but filled with love, reaching out to all.  In the third century, maybe 1/3 of the population of the Roman Empire died of plagues.  The response of pagans to their sick was to flee and simply leave them to fend for themselves and die.  The Christians took care of their own sick and nursed them.  They also nursed the pagans (polytheists) who were sick.  As a result of prayers for healing and caring for the sick, their percent of survival was much higher.  Thus, by the end of the third century in the Roman world, the battle of Christianity with Paganism was largely won.  People came to faith in Yeshua in droves.  You can read the inspiring story in Rodney Stark’s The Triumph of Christianity. There were other Christian behaviors that won the day: caring for infants given over to infanticide by exposure, caring for the crippled, the poor, the sick in general and so much more. They were disciples of the teaching of Yeshua.

In 316 A. D., the emperor Constantine became a Christian.  People debate whether his conversion was genuine or not.  They also debate whether it was a good thing or a bad thing since a generation later, the State Church system came into being. However, we can say he saw the “handwriting on the wall.”  He certainly knew he could not defeat them, so he joined them so that the Christian faith would unify his rule.

The story of the triumph of Christianity over Paganism is a story that only makes sense based on supernatural power and on the basis that the Biblical faith is true.