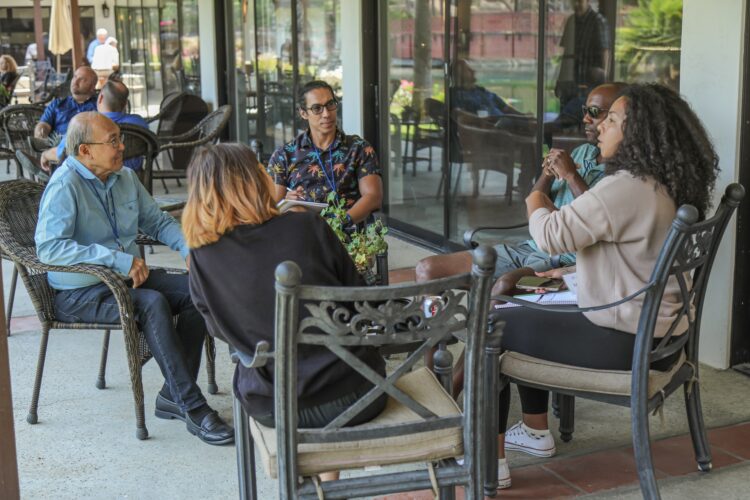 When the Gospel is wrongly preached, there is often difficulty in motivating people to enter into discipleship.  Because J. N. Darby and Classical Dispensationalism separated the Gospel from discipleship, the idea of “cheap grace” in Bonhoeffer’s words is a serious problem.  People can be lulled into complacency thinking they will not come into judgment because there is no required repentance and no requirement to submit to Yeshua as Lord.  Is the Gospel a gospel of free grace that offers this kind of salvation?  Or is the grace offered a grace that enables a choice to submit to Jesus as Savior and Lord.

In 1951, George Ladd’s book, Crucial Questions and the Kingdom of God was published.  Ladd broke from Dispensationalism and received intense criticism for doing so.  In subsequent writings, he established that the New Testament does not present two Gospels, the first is the Gospel of the Kingdom which was the good news of the offer of the Millennial Kingdom to Israel.  Because Israel refused this offer, it was said that this Gospel of the Kingdom is not now preached. It will again be offered to Israel during the tribulation after the Church is gone (raptured to heaven).  The second Gospel is the Gospel of Grace where salvation is offered to all people without works, repentance, or the Lordship of Jesus.  Ladd’s subsequent writings more powerfully refuted these wrong ideas.  Today we can say that Ladd’s theology or something similar is today the consensus of the Evangelical scholarly world.

However, Ladd’s views and others that are similar are crucial for discipleship.  As we noted in an earlier article, the synoptic Gospels present the Kingdom as having come in an already but not yet way.  It is here and real and people are invited into it.  However, it is in a partial way.  The Kingdom will only come in fullness when Yeshua returns.  As such, one very powerful way to present the Gospel is to offer people the invitation to enter the Kingdom through the death and resurrection of Yeshua.  In so doing, they embrace being part of Kingdom community where everything in their lives is put in the right order.

In Dallas Willard’s great book, The Divine Conspiracy, the Gospel of the Kingdom is presented as a powerful invitation for transformation.  The invitation is into the Kingdom under the Lordship of Yeshua and includes everlasting life. As such the disciple can now attain to living out the commandments of Yeshua.  Teaching to observe all of Yeshua’s commands is the course of discipleship that Yeshua commands in the last verses of Matthew.  For Darby, the commands of Yeshua and the Sermon on the Mount were part of the Dispensation of Law and are not the focus for believers today, but rather today the focus is on the teaching of the epistles.  This is very confused in my view.

When the Gospel is rightly preached, the person is oriented to be baptized and to enter into a course of discipleship.  This is very important.  The right presentation of the Gospel saves much pain and failure.  We don’t have to undo false ideas that can be embedded in the mind.

I note again that Progressive Dispensationalists are getting past these distinctions.  However, we present the classical positions so one can pick up on where there is still an unfortunate influence of bad theology and recognize this influence in preaching, articles, videos, and books.