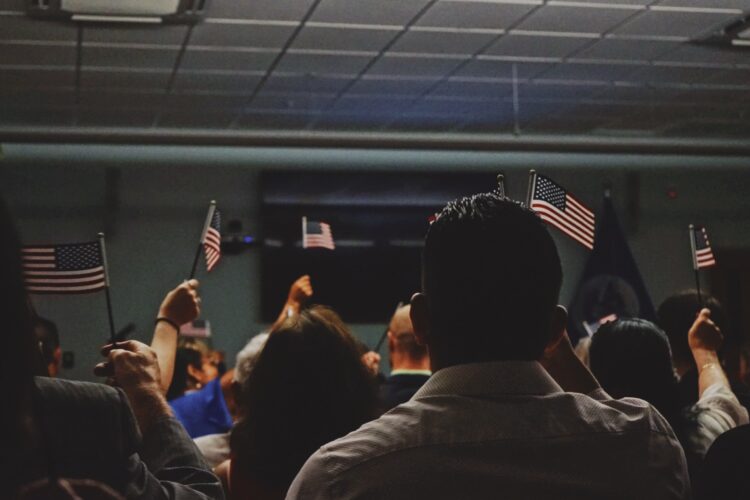 My new book, Social Justice from a Biblical basis, is now out. I hope many of you buy it.  In it, I seek to deal with a multiplicity of ideas that drive the culture in the United States and Western nations, including Israel, from a post-millennial young adult perspective.  One of those issues is immigration. Europe had its great challenge on immigration due to the Syrian war refugees and less so African refugees. The issues arising from this has been tearing European countries apart.  The United States is also facing the deep division over the massive influx of migrants from Central American Countries. They flee violent crime and poverty. There are no norms in international law requiring nations to receive migrants unless there is persecution, violence, and danger to their lives from war form government persecution, political or religious.  Large masses of people yet come who do not fulfill these standards. The division has now been set in stone by the hardened positions of the Democrats who have moved left on this issue (much more left than President Obama) and the Republicans who have moved right way beyond historic Republican positions. The Democrats seem to be supporting open borders and just letting people go wherever they want with no enforcement.

Yet, there is another problem.  It is that a significant amount of criminal activity is being fostered due to the lack of border control.  There is fraud, even that some criminals have brought children to gain entrance, which children are not their own.

What is the Biblical view of justice for this situation?   Justice is an order of righteousness were every person can fulfill his or her God intended good destiny,  If people are in poverty, subject to violence and in dire straits, can we blame them for seeking to escape, even if they enter illegally?  They cannot fulfill a good destiny without basic provisions of food, shelter, work, and freedom from violence. Borders and nation states as they now exist are not found in the Bible though there were nations in biblical times.  There was more freedom of movement and fluidity in people movement. Now that there is such a huge influx, the attempt to vet people for asylum claims is thwarted by releasing people before they can have a hearing before a judge. They never return for their hearings.  We now have detention centers with poor conditions for a multitude of people. If they are released they will not show up for court on their asylum claim which usually is a false claim and a lie. Yet the need is real, for many of these people need to escape. What can be done?  What is justice? Can the United States’ resources be expected to take in the whole world of people in need and support any who want to come in?

So here is a proposal.

In this way, the receiving country seeks justice for migrants and refugees.  The country enforces borders. The country avoids the huge costs of welfare and the bad incentives for people to come.  This is a moderate position between open borders and precluding migration. It recognizes the need for border control and for compassion without leading the country to financial ruin.  The number let in will be those who can be absorbed in a positive way and can make a contribution to the country. If they are employed, learn English and show stability over a few years, they can become permanent residents.  This will even help our social security revenue needs.

Permanent residency would be a possibility but not citizenship.  They would not be allowed to vote, but their minor children could have a path to citizenship.  (There would be no anchor babies where babies born here give their parents permanent rights to stay.  This would eliminate the need). This would take away the Democratic incentive to flip the country to the left by having a huge new population of Democratic voters.  In a generation, it is not so certain that these people will be on the left. Many are pro-life, pro-family and morality and are very open to the Gospel if they are not already believers.  They could be a source of revival in the country, if treated fairly and with compassion, they could become conservative Republican voters as well as Democratic. Both parties can be motivated to win them.

I minister in Hispanic churches, some with large numbers of illegal immigrants.  They are dear and lovely people. This is an amazing opportunity for the Church to be mobilized, to provide for them with compassion to help them find jobs and to see them won to Messiah through the Good News.