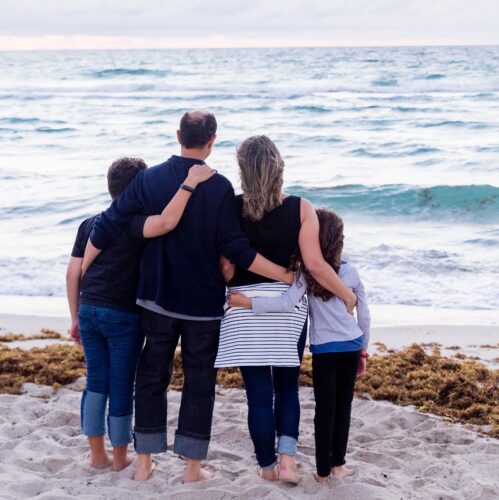 We are witnessing a perfect storm of moral and social destruction in the West.  Combinations of philosophies that have gained control over the culture forming institutions in society (media, entertainment, and education) now combine post modern relativistic philosophy and neo Marxist analysis to destroy the historic consensus of morals and ethics.  It is well to note the influence of the two schools of philosophy, the Frankfurt Critical School and the French Post Modernism School. Both have terrible consequences for sexual morality in our societies. While the Frankfurt school is a complex phenomenon often over simplified by popular critics, the effect on society can be summarized.  It seeks to deconstruct social institutions, historical norms and even history writing and literature. Generally, all is understood in terms of the oppressor and the oppressed. Who are the oppressed? Any who are not free to live out their lives according to their desires as long as others are free to live out theirs without oppression. It is more than the oppression of the working class by the capitalists.  It includes the oppression of the homosexuals by the straights or minority groups by the majority. It can be the oppression of one ethnic group by another.

Post modernism gives us relativism in spades.  There is no objective basis for moral and ethical norms, but such norms are social and individual preferences.  Harkening back to existentialism, it is taught that there is no essential nature to human beings, but human beings choose to make themselves according to their preferences.

The contradiction of relativists then making absolute statements on justice and morals is so blatant.  But contradiction does not matter. It is a power assertion and propaganda for what the relativists desire and their attempt to re-make the society according to their desires and vision.

When people speak of justice in the political and social debates of our times, though they may not know of the assumptions from which they speak, analysis shows a leveling equality orientation behind the false definitions.  See my new book Social Justice for greater clarity on definitions of justice and the applications.  For example, as Mike Brown points out in his books, the gay movement leaders know that there is no essential genetic basis for homosexual orientations. They only posit such for the sake of straights and for influence into the traditional oriented cultures to change their views.  They have been effective in some religious communities by this means. But they really know that though there may be desires that are deep rooted (and sometimes such desires are not deep rooted) the main issue of morality for them is the right of all to self-define sexually. Any other orientation is oppressive.  So sexual morality is defined as non-compulsion and the societal embrace of whatever consenting adults want (whatever makes you happy!) Anything that does not allow such self-defining is oppressive and any criticism of the self-defined is hate speech. Vilification can thus end debate and move the social ball forward to their advantage.

From this point of view, one can be heterosexual, homosexual, transgender, bi-sexual, poly- amorous, polygamous, transvestite, and can choose lasting commitments or only fleeting engagements.  For some there is sexual fluidity, like New York Mayor Bill DE Blasio’s wife, who says she was a lesbian but has become a heterosexual. Those Christians who are trying to be more tolerant in this culture are giving up the battle on the basic world view assumption level.  The people who profess lifestyles of aberration by traditional standards, do not believe the fundamental assertions of the Bible. This includes that God made us male and female, with foundational physical nature of male and female which is to be completed by living consistently in the soul realm in accord with that physical nature.  That nature permeates every cell with either a male or female genetic code, xy or xx. Then the Bible makes it clear that His norm since the coming of Yeshua the Messiah and King, is monogamous marriage between a man and a woman as the only legitimate sexual expression. We may defend civil rights at a basic level for those who do not embrace Biblical norms, including rights in employment, public services etc.  This is not to compromise religious freedom where artistic businesses are free to not engage in fostering behavior they consider sin, or the freedom of a businessman or corporation to support religious organizations that foster traditional morality without being accused of hate or being discriminated against in seeking government concessions and contracts. (Note Chick Fil A in this regard at the San Antonio Airport and on campuses).  Yet, it is a shame that society has not recognized traditional marriage and the family as a building block of society and has given up uniquely endorsing such.

The LGBTQ battle against traditional morality, are with abortion rights, the defining moral issues of our age.  If we lose this battle and it seems we are losing, the level of destruction in the lives of people is incalculable.