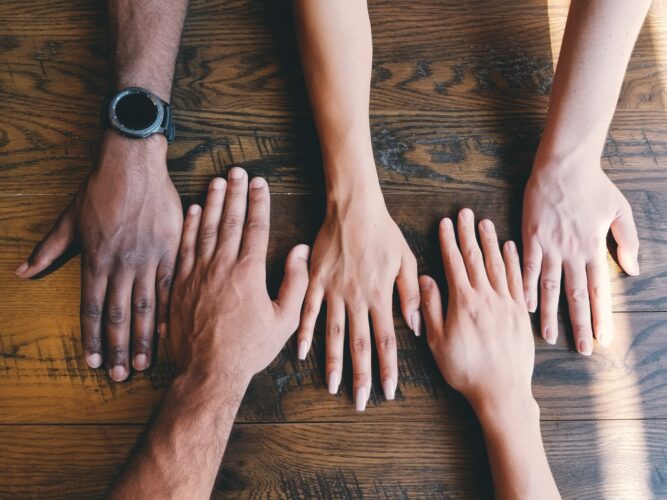 The popularizers of Critical Race Theory which now have become ensconced in multiple sectors of society, education, government, entertainment, media, business, and even the military argues that the reason why blacks do not have a level playing field but are at disadvantage and don’t do as well is due to white prejudice which has led to systemic racism.

Of course, there is no such thing as a truly level playing field since every person has advantages and disadvantages. Those who grow up with wealth and a loving stable family are very advantaged but can still end in failure.  Those who are obese, mocked, and abused by others have disadvantages but can still succeed in life and some do.   I mean a success that is more than only economic success.

Black Pastor Corrie Brooks just finished a 100 day Chicago rooftop camp out in the severe cold to raise awareness of the disadvantaged black community and to raise funds for his work in the city.  His analysis is very different than the left.   I am interpreting how he would see ethnic disparities in attainment in America, but especially as applied to blacks.

Let’s take as an analogy of the level playing field and add degrees of incline.  Yes, being black, even if one is capable and educated, can be a disadvantage but with affirmative action might be an advantage.  We don’t know how to quantify this.

Let’s say just being black in America tilts that playing field 5% or 10%.  It is not level, but we can jog or walk on such an incline.   CRT popularizers spend all their time working on that 10% percent.  They think getting whites to admit their white privilege will help.  They thank making standards less rigorous will help since they claim such standards are culturally white. They think reparations will help.  (More welfare!!) Much of the rest of the world, Europe, Japan, China and India keep the standards, so this may not help us In international competition but we can understand it.   They try to get quotas so each field has a percent in positions reflecting the population.  This may be impossible and dangerous in some fields where qualifications are crucial and even matters of life and death.

Corrie Brooks thinks that systemic disadvantage primarily traces to 1960s, liberalism.  The incentives of the Great Society destroyed the two-parent black family.  There is today a larger middle and upper-middle class of blacks but as whole poorer blacks were doing better before the Great Society. Civil rights?  Yes!  However, the welfare system as established led to family breakdown, crime, and destruction.  For him, this added a great disadvantage.  He argues that family break-up among whites will lead to bad results as well.  So, add a 30% disadvantage for this.  The incline is now at 35-40%

Then we add the failure of schools for blacks that do not teach and students do not learn.  The lack of school choice and the dead-end of failing schools even when well-funded is a crucial matter.  The teachers’ unions and their control is part of systemic disadvantage. This leads to another 20% inline increase.  So now the incline is at 55-60%.  Some can overcome that, but it is getting harder.

Add to this the social destruction trends in America, drugs, immorality, pornography, LGBTQ confusion and we can add another 15%   Now we are at 70% incline and far from the level playing field.

Police prejudice does not really figure in the disadvantage though it is frustrating and angering.

So there is my interpretation of listening to several of Pastor Corrie Brooks’ presentations and those of his black guests.  Pastor Brooks is giving his life to bring down that incline and make a more level field.  One more thing. Pastor Brooks believes that faith in and obedience to Jesus levels the playing field more than any other factor since a person empowered by God can do all things through His strength.