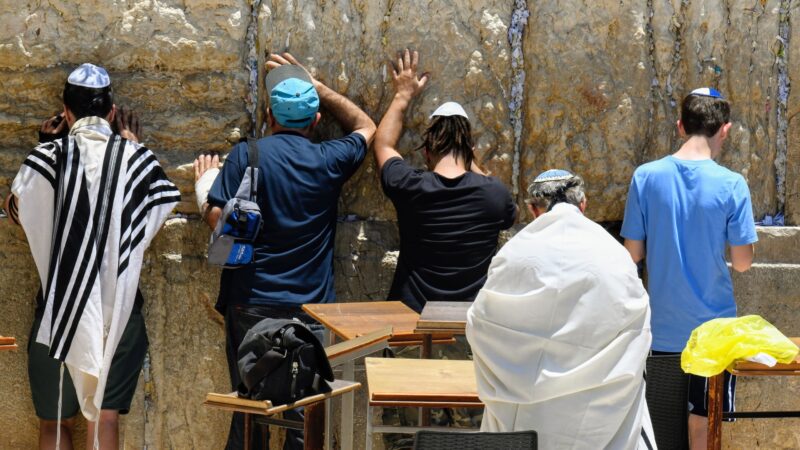 In January 1842 an amazing event occurred, the arrival of a Jewish Anglican who was appointed the Anglican Bishop of Jerusalem.  He established Christ Church near the Jaffa gate.  The Church was to receive Jews who, it was believed, would soon return to the Land and accept Jesus, leading to the eventual conversion of the Jewish nation to faith in Yeshua/Jesus and His return. Christ Church, Jaffa Gate, still exists today.

In 1841 the British and Prussian Governments as well as the Church of England and the Evangelical Church in Prussia entered into a unique agreement – the establishment of a Protestant Bishopric in Jerusalem. Alexander was proposed as the first Protestant bishop. He was appointed bishop of the United Church of England and Ireland in Jerusalem, and was ordained a bishop on 7 December 1841 at Lambeth Palace. He arrived in Jerusalem in January 1842.

How did this happen?  What was the theology behind this event?  Why would Lutherans and Anglicans come together for this?  Scandinavians were also involved.

The theology behind his event was the product of a long history.  It was a growing consensus at the time of Michael Solomon Alexander’s appointment.  This was a pre-Darbyite Dispensational theology.  The theological history goes back to some of the Puritans and then was fostered by Lutheran Pietists in Germany and Scandinavia and then the Moravian Movement under Ludwig Von Zinzendorf.  The theology looked for the completion of four tasks before the return of Yeshua.  These were the pursuit of the unity of the Church (John 17:21), the revival of true Christianity, the completion of the command to preach the Gospel through world missions (Matt. 24:14, 15) and finally making Israel Jealous (Romans 11:11,12).  This would lead to the second coming of Jesus.

Kaiser (Emperor) Frederick William IV was influenced by Lutheran Pietism. He asked his spiritual advisor if there was anything they could do to hasten the day of the return of Jesus.  He was told about the four tasks, unity, revival, world missions, and making Israel jealous.  Frederick thus embraced a program to accomplish this.  He sent emissaries to England with a plan for unity and for the Jewish people to come to faith in Israel in growing numbers leading to the fulfillment of Roman 11:15, the life from that dead that Israel’s full acceptance would bring about.  This also was based on Matthew 23:39 where we read that the Jewish leadership in Israel/Jerusalem would call upon Yeshua with the words, “Blessed is He that comes in the name of the Lord.”

To pursue the unity of the prayer of Jesus in John 17:21, Frederick’s emissaries presented a plan whereby the Lutherans would take a secondary position to the Anglicans.  This humility would be a key to the unity of the effort. Unity and the salvation of Israel would be pursued together.  The plan was approved by the Archbishop of Canterbury, the Queen, and the Parliament.

This theology was known as restorationism, believing in the restoration of Israel but also a restoration for the Church to unity and revival.  This was a climax of a 250 year of theological development.

What happened?  A new theology grew up, Dispensationalism, that saw the pursuit of the unity of the Church as a danger.  It also taught that God’s primary working with and through Israel would only take place after the Church was raptured or taken off the earth.  Then there would be a seven-year tribulation at the end of which Israel would call upon Jesus and He would return.  Dispensational Jewish missions were established to see Jews saved, but those Jews would be part of the Church and would not be part of the corporate salvation of Israel.   There were two peoples of God, two salvations, a heavenly destiny for the one people, the Church and an earthly one for the Jews.  The destinies were different and not intertwined. So the Church would not be on earth to affect the salvation of Israel.  Indeed, Jews who came to Jesus were said to be part of the 3rd race and no longer part of Israel’s destiny nor would they affect Israel’s corporate salvation.  As part of the Church, they would be taken out as well, so no Jewish believers movement before the rapture would be a key to Israel’s salvation either.  New Jewish missions that followed this theology sought to see Jews saved and part of the Church but it would be wrong for them to live and identify as Jews (or to go back under the Law).  Jewish missions were for the sake of saving Jews just as missions to any nation were for the purpose of seeing individuals saved from that nation.

The Church’s Mission to the Jews, CMJ, in England, represented the theology that led to the appointment of Bishop Alexander.  This theology had become an amazing consensus of British theology including many in several denominations.   It taught that Israel would return to the Land, the Church would affect her salvation and Jesus would return.   What an amazing time this was.   However, the new Dispensational theology gained more and more adherents.  The old view of Bishop Alexander and his supporters was supported side by side with more and more supporting the Dispensational view.  Jewish missions more and more embraced the dispensational view in the 20th century.  However, it was not until after World War I, that Dispensationalism swept churches and Bible schools in America.  From there it came to dominate world missions. Why that happened, including the keys in the psychology and social psychology of the time is an amazing story for another time.  Dallas Seminary was established as its theological center (1924).  American Fundamentalism and Evangelicalism became mostly Dispensational.  The Pentecostal denominations mostly embraced it. The older view largely died out with some exceptions.  Yet, in my view the older view was true.  The points where the new Dispensationalism replaced it, it was largely in error and even deception.  We were very close to great breakthroughs in 1842, but the classical restoration view was derailed.  Then in the mid 20th century, the older view was believed again in growing numbers.  This return to the older view has grown and grown until it now vies with Dispensationalism. I for one am in this battle and hope we win this battle. I believe we ae winning.  The derailment was a ploy of Satan to divert the Church from its destiny.  Sadly, the wrong view is very rooted in Israel today but not in most of the Messianic Jewish world outside of Israel.