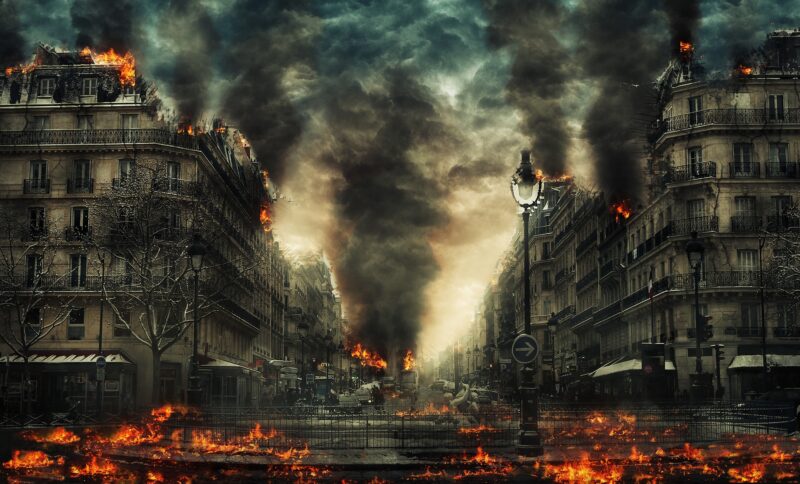 An over-emphasis on the difference between how God appears in the days of the Old Testament and how God appears in the text of the New Testament has been common historically but seems to be more pronounced today.  Those who have departed from our faith and some who were never among us, claim that the God of the Old Testament is harsh, vengeful, and violent.  On this basis, they claim, they reject the Gospel. How is that apparent discrepancy dealt with by believing scholars?

First, there are those who do not believe in the full trustworthiness of all the biblical texts (inerrancy).  They do believe that God’s revelation is in the Bible and that this revelation is the highest revelation we have.  Yet, they argue that not all that is in the Bible, claimed as God’s command is really that, but is a misperception of God’s will by people.  According to these thinkers, God did not destroy humanity in the flood, and He did not call Israel to destroy all the Canaanites.  This was a projection of their human understanding.  Yet these also argue that the ethical teaching and standards of the Torah and the prophets is far beyond that of the nations of those days.  (G. Ernest Wright, The Old Testament Against its Environment, Reuven Hammer, The Torah Revolution).  The standards of the Law and the teaching of the prophets on God’s heart for the poor and marginalized is outstanding and wonderful.   Brevard Childs of Yale argued that the Bible provides us with a progression of better understanding as we pass through the Old Testament unto the New. The trajectory toward a much greater understanding of the heart of God begins with the Torah but then gets better and clearer until its climax in the life and teaching of Yeshua.  He calls this the canonical approach to biblical theology and says we are bound by the truth of the trajectory of the whole canon.  This is where he finds true and trustworthy biblical theology.  Those who hold to a high view of the whole Bible (inerrancy) believe that there is a progressive revelation such that we see God most clearly and fully only when we come to the revelation in the New Testament.  For whatever reason those harsh and violent commands and history are recorded in the Tenak (Old Testament) especially continuing through to II Kings.  God’s will for us today is not to destroy the Canaanites but to love our enemies.  The center for us today is the Sermon on the Mount. Whatever we think of the harsh commands given to ancient Israel, today we are confronted with the life, death and resurrection of Yeshua.  Offense over the Old Testament passages can be a defense to not face the claims of Yeshua.  That is the highest revelation of God and his will.

However, there is another important aspect to this subject.  Is the gulf between Yeshua in the New Covenant revelation with the teaching of the whole New Testament really as wide as claimed?  An Andy Stanley may reject the Old Testament as relevant today, but then what of Isaiah 2 and 11 and its revelation of world peace, or Isaiah 42, 49 and 53 and the amazing portrait of Yeshua.  He probably does not mean that he rejects the whole thing as irrelevant.  The best social justice teaching is found there.  Again, the gulf is not as wide if we read the judgment passages in the teaching Yeshua and the rest of the New Covenant Scriptures.  There are many texts.

Yeshua enjoins us to not fear him who kills the body but to fear Him who destroys both the body and soul in Hell.  Those of the goats in Matthew 25 are told to depart from him, even into eternal death and separation from God.  His words of judgment on Capernaum and Bethsaida are fearful and terrible.  In John 5:24, the wrath of God remains on those who reject Yeshua. The judgments in the book of Revelation are also fearful and terrible as is the final judgment in Rev. 20.  Yeshua warns of a harsh judgment again and again for those who do not repent and turn to God.

Yes, the ethical way of life and love taught by Yeshua is amazing, the highest and the best.  However, a hard judgment part is still present.  He himself is now the norm by which we measure all things.

My book Heaven, Hell and the Afterlife provides a survey of the whole Bible and its teaching. The Bible’s teaching is both wonderful, hopeful, and hard.