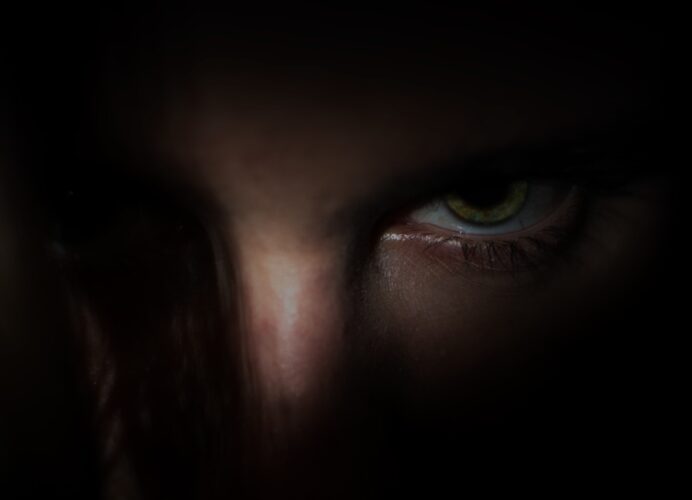 The greatest objection to Biblical faith is said to be the problem of evil.  Human beings are subject to terrible pain, suffering, loss, disease, and premature death.  How can God, who is described as good, all-loving, all-knowing, and powerful allow such evil?  Either God is not all-powerful or is not really good and loving.  Deism was a view in centuries past held by those who could not deny the marks of intelligent design in the world but who could not believe God cared about us.   He created the world but then just let it run on its own with little involvement.  We can make this argument against a loving and good God more powerful and colorful by describing many awful things.  One famous believer did so to show that Biblical faith still held up (Fyodor Dostoyevsky, in The Brother’s Karamazov) and Antony Flew in his classic essay God and Falsification.

Yet amazingly some have argued powerfully that the problem of evil is actually evidence for the biblical faith. This includes the former atheist philosopher C. E. M. Joad.  Joad wrote a generation ago.  His two amazing books, God and Evil and The Recovery of Belief were powerful. C. S. Lewis also wrote powerfully in The Problem of Pain.

When we deal with Biblical faith and the evidence, we have to realize that we are presenting a total world view whose parts are integrated or tied together as a whole.  Therefore, dealing with the issue of truth we have to compare world views.  Which world view is the best at explaining human existence and the universe around us in the most adequate way?   These writers and many others argue that the world as we find it, with amazing good, beauty, design, and more but also with terrible suffering, in that evil people do terrible things to others, and that there are natural disasters on earth are best explained by the biblical world view.  Naturalistic evolution and atheism do not explain;  it is all just chance or no explanation.  Buddhism opts out of an explanation.  So, what is the Biblical response?

The Bible tells us that we live in a fallen world.  Its basic concepts for explanation are creation, fall, and redemption.  God is good and brought into being a good creation.  However, the fall ruined it and opened the world to the human evil one to another.  In addition, the creation itself shows this truth and though providing wonderful things, it is also fallen and provides an environment that includes pain and suffering that is fitting to the fallenness and evil in human beings.  It is the lot of human beings under the fall that good things and bad things happen to good and bad people. However, there is in this life a partial escape through doing good and the principle of sowing and reaping, that one reaps what he or she sows.  However, in this world, the Bible teaches that full justice is not attained.  It is only attained in the life beyond this one (Ps. 73).

The Bible defines God’s love as his desire that all be ultimately saved, but he knows that some will chose to rebel against him and be lost.  God is good in that he desires a good and fulfilling destiny for every human being.  He is also good in that he will bring about a redeemed community that lives forever.  However, what the Bible calls this brief time of sorrow will pale in light of the eternal life we will enjoy with God and with those who love him.  God’s goodness and love do not mean that He can save everyone because human free choice is the root of the evil that was brought on the world (both natural evil and human sin) and human free choice is God’s will.  Human beings can reject his love.  God does not want to be loved by robots but loved by people who freely choose Him and his will.  God’s goodness is also defined by God’s intent and accomplishment to bring about a redeemed community that will rejoice in love together forever.  That redeemed community is worth the price of allowing freedom that produced and will produce great suffering and ultimate loss for those who finally reject God.  In the light of that eternal fulfillment, the sufferings in this life will not seem so great.  Paul says that we will receive an eternal weight of glory in the light of which these sufferings on earth are light afflictions.  He could say that because he knew God and his great love personally.

Joad also argues that only the biblical view of the fall explains how every gain humans make has an evil side.  How is it that there is usually a negative?  We create cars that give us the joy and freedom of travel but then lead to many deaths in accidents.  We refine oil for cars but then find that burning the oil pollutes.  We create the convenience of plastics and destroy the fish in the ocean.  We create nuclear power that can give unlimited energy but then creates bombs that can kill billions.  We experiment on viruses to create vaccines and medicines to prevent a pandemic and cause a pandemic when the more dangerous altered virus escapes from the lab.  We seek to limit fossil fuels and plunge many into poverty.

The problem of pain and suffering also calls us to grow in depth of compassion and to fight pain and suffering to the extent that we can and to comfort those who mourn and suffer and to bring healing through the power of Yeshua for the traumas of life.  The trials of life produce character.