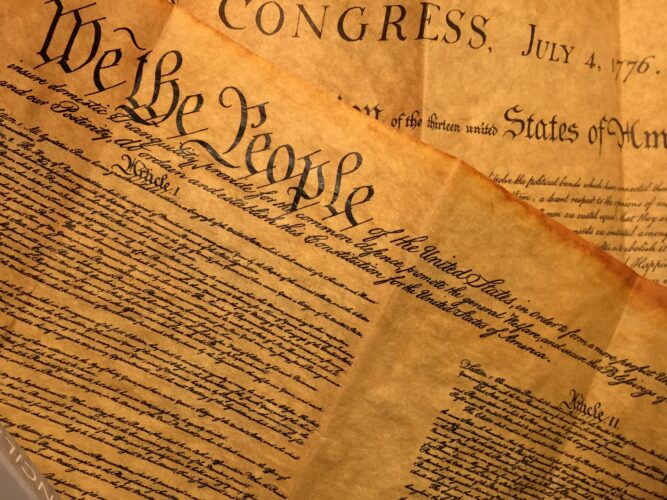 Religious leaders many centuries ago developed rules of interpretation such as the Rabbinic rules from the early centuries A. D.  A more exacting set of rules for interpretation is more recent.  Only in the last few centuries was the primary thrust to understand a text according to the intention of the author or authors.  Understanding that intent required some understanding of what became known as cultural-historical exegesis.   In other words, we have to understand the language and culture of the time of writing to understand the intent of the author.  Craig Keener’s Cultural Background Commentary of the New Testament is a good example and a great resource. I recall the adage, “A text without a context is a pretext.”  The consensus until the mid 20th century was that we can know the meaning of texts with reasonable probability even when the author and something of his biography is not known.

Of course, there are centrists that want to respect the text but still want a freedom of transcending the original intent when needed.

It is important to note that our texts, either in the Bible or in the Constitution do not cover all situations but may give principles for application to new situations.  In Judaism, this is called Halakah.  For example, is it wrong to disconnect a person from machines that prolong life when the person is in a coma?  What about assisted dying?  Taking large doses of morphine relieves pain but hastens death. Ethicists in Judaism and Christianity think about such issues.  Is artificial insemination ethical?  Abortion to save the physical life of a mother (very rarely needed)? And we can go on and on.  Conservatives recognize the need for judging law application as well as being restrained so legislatures speak where the Constitution does not.  Liberals want courts to be super legislatures that further their goals.

Obviously, the reader understands that I am a conservative.  In choosing a congregation or denomination, we should only choose one that pursues an objective interpretation of the Bible and teaches that the text is normative.  In choosing judges for the Supreme Court and other courts that judge constitutional issues, we need to choose judges that submit to the intent of the text and only show flexibility where the text gives principles but is not clear in application to new situations but also are reticent so that legislatures perform their duty.  This is the battle we face from Joe Biden’s choice for a judge that most likely will be liberal, but the horror of horrors could be postmodern.

Liberalism and post-modernism in the Church are so very parallel to the same in civil government and the courts.