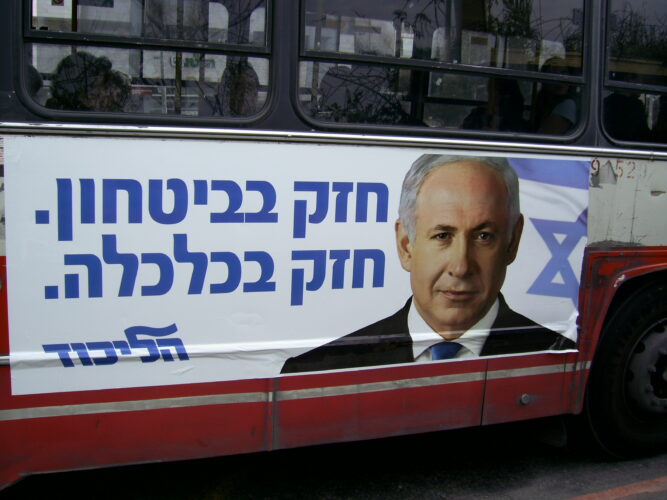 This Monday, March 2st, we will go to the polls to vote for the Parliament (the Knesset) for the third time. Twice we had inconclusive elections, and no coalition could be formed.

Amazingly, after all this, and with his trial set to begin for bribery, it appears that Benjamin Netanyahu is gaining on Benny Gantz and the Blue and White party. It is still my contention that the best government for Israel would be a coalition with Likud and Blue and White. That seems more remote but not impossible. Recent events have been disappointing to me.

First, the leader of the Arab Joint List has made statements that are so extreme that it now may preclude even their support to form a Blue and White government in a parliamentary vote even though they would not be in the government. He has made conditions that require Blue and White to abandon the Gaza defense operations and West Bank anti-terrorist operations. His demands for money for the Arab sector are beyond what Israel can accept (though they deserve much more funding). He has actually empowered Netanyahu.

Another thing that is disappointing is that Benny Gantz has said that he supports the Trump Peace plan but will only move forward on it with international support. If he means more than the U. S., Britain, Brazil, and a few others, then he won’t implement the plan. Bibi is already moving in accord with the United States to apply sovereignty to the areas outlined as being part of Israel in the Trump plan. I think this has lost votes for Gantz and am surprised that the strong conservative, Moshe Yaalon, Bibi’s former defense secretary, did not coach on a better position.

I still believe that we need to have a government where the ultra-Orthodox are less powerful. They are an existential threat to Israel since their population growth in is great, and most of the men do not work and have to be supported by the State. The Ultra-Orthodox Shas Party controls citizenship and precludes important ways forward for some 400,000 Russian Jews and Messianic Jews. The Ultra-Orthodox want to study hair-splitting Talmudic arguments all day and are not productive. This cannot go on, but Bibi’s right-wing government will give them what they want.

We need a lot of prayer. I would like to see a Likud government with Blue and White, may be led by another Likud leader like Gideon Saar. Despite Bibi’s reputation as Mr. Security, I think others in Likud are stronger. In this week’s weekend Jerusalem Post a recent head of the National Security Council in Israel, Uzi Arad, noted as I have said in the past, that Bibi talks strong but acts weak, allowing Hezbollah in Lebanon to re-arm with powerful missiles. He as well not acted strongly enough to deter Hamas and Islamic Jihad in Gaza. I do have a sense that God is involved and his providence will eventually work this out.