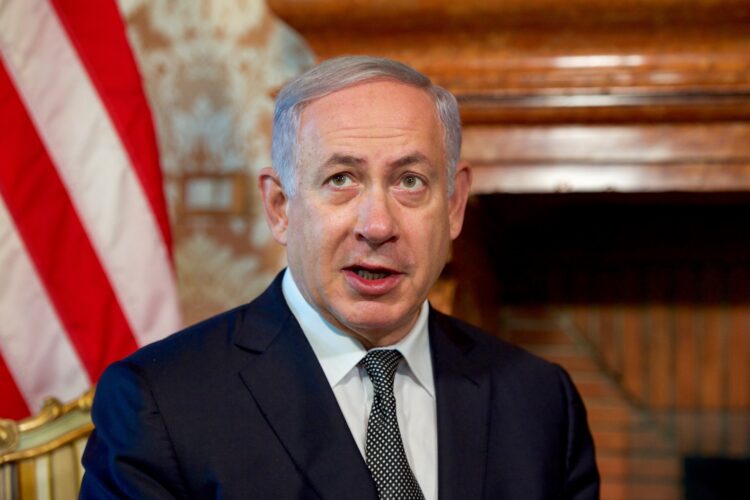 On the night of the Israel elections, the exit polls and early counting gave Prime Minister Benjamin Netanyahu’s party and the other parties that would join his coalition 60 Knesset (Parliament) members.  It looked like he would be able to flip one vote somewhere to gain the 61 votes necessary to form a government.  With these results, we went to sleep that night.  The next morning Bibi had slipped to 59 and then the next day to 58.  These are now the official results.  The certainty that he would form the next government evaporated.  Amazing!

Now another new and strange twist is taking place.  With the Arab Joint List Party, the opposition has 62 votes.  They will not form a government together since the centrist Blue and White Party will not join with the Arab Party in a government since they are not Zionists.  However, they are now putting forth the idea that they might vote to pass legislation to preclude Benjamin Netanyahu from forming a government.  Blue and White under General Benny Gantz has said they are willing to form a government with Bibi’s Likud Party but not with him as the leader because he has been indicted for bribery, fraud and breach of trust.  They could pass a law stating that an indicted Prime Minister cannot form a government.  If this happens, it could solve the dilemma for many Messianic Jews.  I will explain.

Messianic Jews in Israel are ardent Zionists.  They like the idea of annexing the towns in Judea and Samaria (the West Bank).  They think that Bibi can now do this because the Trump peace plan has been rejected by the Arabs and negotiations are rejected as well.  This opens the door for unilateral annexation.  The right parties are correct that the old two state solution making the ‘67 armistice lines the border is no longer possible.  The Zionist left is not facing reality.  Yes, their rational position of separation and two states is reasonable in that it seeks to keep a large Jewish majority though a separation of populations and the elimination of the many towns except for the larger cities.  They hope that the Palestinian Arabs would accept such a plan but they have proven by the past peace offers that they would.   The Trump plan does this separation but with Israel keeping the West Bank towns and cities.   Some still oppose even the limited state that Trump proposes.  Since the Arabs have rejected the plan some other solution for the West Bank Arabs needs to be found.  Some still wait for them to have citizenship in Jordan and residency in Israel.  This is unlikely in the near future.

Messianic Jews, however, are ambivalent about Bibi for other reasons.  It is that he is fully in bed with the Ultra-Orthodox and especially the Sephardic Shas Party that controls the Interior Department and opposes Messianic Jews.  The Ultra-Orthodox control conversion, weddings and Jewish status issues which makes life very hard for 400,000 Russian Jews who are not accepted as Jewish by Rabbinic law. They make their conversion too hard, and they cannot marry in Israel!  Plus, the Ultra-Orthodox do not serve in the army.  Most of their men do not work.  They receive welfare so they can split hairs on Rabbinic discussions and arguments in the Yeshivas.  This will someday lead to bankrupting the country, and it presently undercuts funds for services and salaries in Israel.

However, if Likud has a new leader who would apply the same policies on the Trump plan and could join with Blue and White, and Liberman’s  Russian Jewish anti-Ultra Orthodox but conservative party, Yisrael Bateinu, then we could see policies that most Messianic Jews would support.   This includes both the issue the Land in Judea and Sumaria, and on the issue of the control of the society by the Ultra-Orthodox.  This is a possibility but not at all certain.

I for one was disappointed by Gantz saying that he supported the Trump plan but would want international support plus support from Jordan and Egypt to implement it.  Well, that would be the end of the plan.  But if Likud leads the next government without Bibi, it could solve the problem.  Bibi’s indictment is not political as he claims.  How do we know this?  Because the indictment comes from his former supporter who did not want to do this, Attorney General Mendelblit.  This Likud conservative did not want to do this, but the evidence forced him into it. Bibi has served his country well, and I believe he would get a pardon from the Knesset if he stepped down before such a law would pass.  This is where things stand this evening.  Amazing! What a saga!