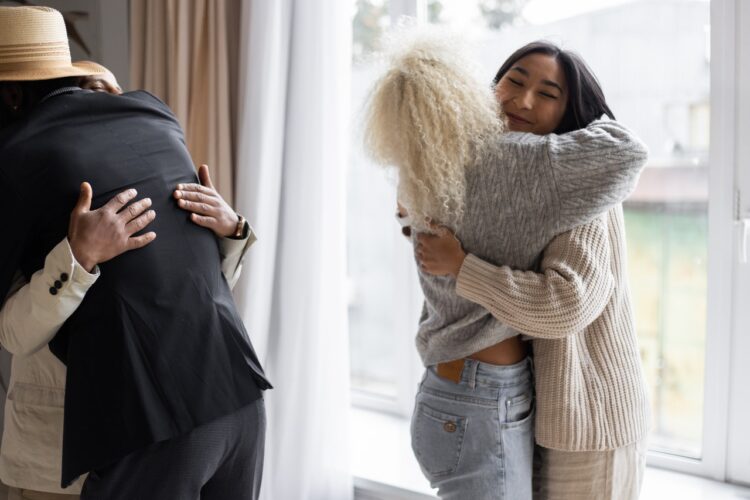 The First Commandment is that YHWH our God is our God alone and we are to love him with all our heart, soul, and strength.

The second is to love our neighbors as ourselves.  This includes everyone in our sphere of relationship.  Our spouses are neighbors, so also our children.  But in Luke 10, we note that even the enemy is a neighbor, for the Samaritan treats his enemy as one to be loved.

These two are the summary commands and in some way include the 10 commandments and all the other universal commandments of the Torah and the New Covenant Scriptures.  Why? Even the command to believe in Yeshua, to love Him, and abide in the Vine are the conditions without which we cannot love God rightly and our neighbor.

Other than these two, is there an all-pervasive and dominant command?  In looking at the whole of the New Covenant Scriptures, we could say yes, it is the command to “Build discipling community under an eldership.”  This command is given to everyone who professes faith in Yeshua.

Here is why I say this.  Yeshua said in Matthew 16, that He would establish his Kahilah (Congregation, Church) and the gates of Hell would not prevail against it.  The Kahilah is given the power of the Keys of the Kingdom of Heaven, of binding and loosing, which is first of all the judicial decisions of enforcing righteousness among members (Matt. 18:15 ff).  Secondly, it is given the power of setting people free from the Kingdom of Darkness.  The idea of the Kehilah is two-fold.  First that His Congregation universal can never be destroyed.  However, the power of this Universal Congregation is only a reality in this world by the gatherings of his people locally under an eldership.  The outworking of Matthew 16 and 18 is shown in the community founded in Jerusalem in Acts 2 and then all the communities planted in Israel and around the world (Acts 9-28 and to this day).  Missions always are about planting congregations.

I want to say a bit more about the “Gates of Hell.” Some think that this image means that we are to storm the gates of hell and break down the gates.  There is nothing in the passage that says we are to storm the gates of Hell City.  When Yeshua returns, the power of Satan, the gates of Hell will be defeated.   However, the gate in the Hebrew Bible is the place where the elders meet and make the decisions to rule their city.  In the gates of Hell, the elders of the devil’s city, Satan and his lead princes of darkness send their minions and go forth to steal, kill and destroy (John 10:10a).  We are called as Yeshua says, to “Destroy the works of the Devil.” The Devil or the demonic realm brings people into depression, suicide, drugs, divorce, hatred, trauma, rape, child abuse, war, and destruction, and we can go on and on.  But the Spirit of the Lord is upon as it was on Yeshua (Luke 4:11) to set people free and to bring them into abundant life (John 10:10b).  We trample on serpents and scorpions (the demonic powers) that hold people captive.  The effective work of discipleship includes freeing people from the many bondages of the traumas of life, the habits of destruction, and more.  The authority and power to do this flow from the congregations of Yeshua.

We see the progress of the Body of the Messiah as Barnabas and Saul appointed elders in every city.  This continued in every place where the Gospel of the Kingdom progressed.  The command of Hebrews 10:24 was to “not forsake the assembly of yourselves together but exhorting” or building up one another as you see the day of the Lord approaching (God’s coming great day of salvation and judgment in the return of Yeshua).

Furthermore, I Cor. 3:16 states that the gathered local community is the “Temple of the Holy Spirit.”  It is so very important that if one destroys this Temple, God will destroy that person.  This does not speak of the Universal Body but the local expression of the Body which is to be treated as holy, to be revered and supported.  The Universal Body can never be destroyed, but the local community can be.

However, it is important to connect Yeshua’s command to “Go and make disciples of all nations, teaching them to observe all that I have commanded you” to building community.  He is with us to the ends of the earth if we give ourselves to make disciples.  Making disciples in a Western context and its limitations is important to grasp.  Post-Enlightenment Westerners have a very deficient understanding of human beings.  In the West, we think discipleship is a matter of giving people the right biblical information of how they are to live.  Then they are to make a decision and obey the commands of Yeshua that in Matthew 28 are defined as discipleship.  “Teach them to obey.”   Yes, people are told to access the power of the Spirit to do this. However, God did not design us to be able to change, even with the Spirit within us, on such an individualistic basis. Rather, people become like those who are discipled in the context of intimate community.  The command to disciple is necessarily joined to planting congregations and the command to build disciplining communities under an eldership that are to keep watch over the flock and to see that effective discipleship takes place.

A movement of churches spanning many denominations and streams has grown up in the United States.  It is called Life Model Works.  Congregations are ordered around seeing people healed spiritually and growing into discipleship and obeying Yeshua.  In his last years, the great discipleship writer, Dr. Dallas Willard, connected to this movement.  The movement combines the best of recent findings from psychological science with biblical spiritual principles.  They have produced a plethora of books, seminars, videos, and training manuals.  Their basic finding is that in the West leaders who seek to disciple are oriented to disciplining through the left brain/soul through conveying rational information.  However, as psychology now teaches that positive change is primarily through the more intuitive and quick responses and habits of the right/brain soul.   These changes come through becoming part of a people who develop a “we identity.”  For us, this “we identity” is in Yeshua.  We are to be conformed to Yeshua’s pattern of love and life.  The studies that these leaders have done, really top people in both psychology and spiritual formation, is that 90% of people will not be discipled by the Western information system.  Preaching can motivate people to discipleship and teach the content of the Word, which is important, but it will not disciple.

The community we build should be built upon intimacy circles where people are zealous to help one another grow into his likeness.  We encourage and correct one another in love by saying, “This is how we act in such a situation.”  Open sharing and growth are communal plus a personal devotional matter, but not based on personal disciplines alone.  We are all together in the quest to become like Yeshua, respond like Yeshua, love our enemies, and be empowered in victory over sin and witness before the lost.  The “Life Model’ is very much in accord with what I put forth in my book, Relational Leadership.  The elders and wives should be an intimate circle promoting the continued growth of one another.  The elder couples with the homegroup leaders and deacon couples they oversee form an intimacy circle.  Then each homegroup is an intimacy circle.  In a network of congregations, the pastoral couples from such circles.  The overseeing apostolic team is to be an intimacy circle.  When intimacy circles are the pervasive character of congregational life, we will see amazing things.

In the Bible, the congregations primarily met in home meetings which were such intimacy groups.  The directions for exercising the gifts of the Spirit in I Cor. 12, and 14 assume a smaller meeting. All then can learn to exercise their gifts for one another in a group setting.  This means that larger congregations need to be broken into house size meetings, that leaders for such meetings need to be trained, for these meetings are foundational.  The original Methodists changed the world largely by forming such intimate accountability circles.

We live in a time of so many dropping out of congregational life. Maybe it is due to how we have been building.  But it also is a matter of disobedience.  No one can claim to be truly following Yeshua if they are not zealously committed to building community.  Such communities of love also win people.  However, many are disillusioned and think that building congregations is a waste if time, it does not work.  Well, maybe it has not been done in God’s way. If they are dissatisfied they still need to try to build such a community.  We can say to them, “Show us how to do it right.”

I would apply Chesterton and say building a real discipling community under a qualified eldership has been found difficult and therefore is untried by many.  Yes, it is so much easier to just have a weekly meeting and leave it at that. It so fits the human spirit of laziness and hiddenness.  This is not what Yeshua has asked us to build.