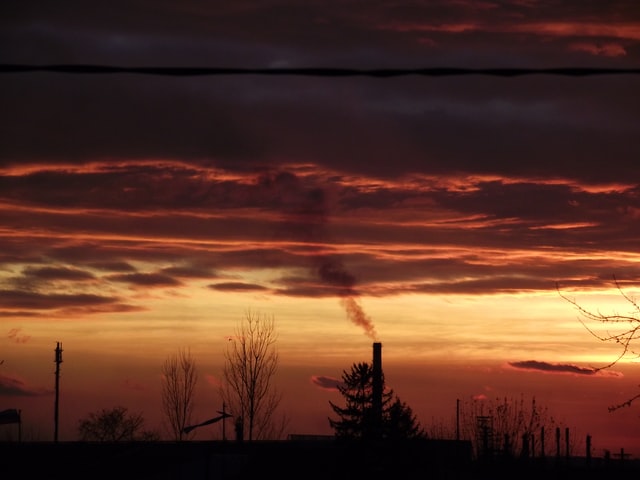 The most popular view of the last days before Yeshua returns is the pre-tribulation rapture theology.  It dominated most of the Evangelical and Pentecostal world in the 20th Century.  My view is that it is now in significant decline, but I would like to have a scientific survey to verify this.  Though my pastor in the Reformed Church in my teenage years did not hold to this view, many of the members did and I embraced it through a Bible club and Christian camp.  This view takes note of the terrible situation of tribulation and judgments on the earth just before the return of Yeshua as described in the prophets and the book of Revelation.  However, wonder of wonders, Christians will not have to go through this time.  Just before it begins, seven years before the return of Yeshua to earth, they will be taken off the earth (raptured) and meet the resurrected saints in the air.  They will be with Yeshua in heaven for the seven years of this terrible time of plague, death, and the Antichrist.  This is really attractive, isn’t it?  It is argued in John Walvoord, The Rapture Question, and Hal Lindsay’s Late Great Planet Earth.

The second most attractive view and I would like it to be true.  It is that Christians will take over the whole world and all its institutions and will rule in righteousness without the second coming.  He will come later.  In its classic form, this righteous rule was said to be 1000 years, whether symbolic or literal and was called Post Millennial. Why is this view so attractive?  It is because it gives us a very optimistic focus on the advance of the Church, evangelism, and total social transformation effected by the faith and faithfulness of the disciples of Yeshua in the power of the Spirit.  There no psychological ambivalence to engaging the world and all its culture formation institutions for we are destined to win in every sphere.  However, if Yeshua comes soon, then all these efforts will be for naught and instead of taking over, the worst period of darkness will come first. This optimistic view is very motivating.  We are building for our children, grandchildren, and beyond.  This was the dominant Evangelical view in the second half of the 19th Century.  It was held by the great anti-slavery founder of Wheaton College, Jonathan Blanchard, who adopted the motto, “For Christ and his Kingdom” as a motto whereby His Kingdom is gaining and will rule overall. It was the view of Charles Finney, the great revivalist.  There were some who even believed in the importance of the Jewish people in all this.  They would return to their land, embrace Yeshua, and Jerusalem would become the world capital.  Most people lost confidence in this view due to World War I.  Things did not seem to be getting better.  Today there is a growing number, though still a small minority worldwide, that espouse this view.  Marcelus Kik, in his Eschatology of Victory, defends it.  The Theonomist movement that seeks to make God’s law the law of societies promotes it. This was fostered by Gary North, Rousas Rushdoony, and  David Chilton in Paradise Restored.

The problem with both of these views is that they do not measure up to the Bible interpreted in context.  The Pre-Tribulation escape view is based on such tests as II Thes. 2 where we read that the great day of trial will not come until the Anti-Christ is first revealed.  Somehow, they reverse the meaning and say that if the rapture had come, you would see the Antichrist, so it has not come.  (II Thes. 3)  Rev. 3:10 is a key proof text where the Church of Philadelphia is told that God would keep them from the hour of trial.  This letter to this historic church is hardly a strong proof.  Also, the text is used where the Antichrist is restrained until the restrainer is taken out of the way.  This must be the taking away of the Church it is said, but there are other convincing interpretations. (II Thes. 2:6)   The second coming with the rapture is always presented in clear texts as one event that comes at the end of this age, after the Tribulation.  For this, see Mike Brown and Craig Keeners great book, Not Afraid of the Antichrist.

The optimistic take over the world philosophy is built on extending the optimism predicted on the spread of the Gospel into believers taking over the whole world.  For example, in the parable of the leaven in Matthew 13:33, the leaven permeates the whole of the dough.  It is taught that the dough is the world and therefore the whole world is taken over.  So also, in the parable of the mustard seed, it grows into the largest tree in the garden (13:31-33.)    The Gospel of the Kingdom will be preached in all the world as a witness (Matthew 24:14).  Surely must mean total take over. Yet other parables in Matthew 13 speak quite differently. The events of the Olivet discourse (Matthew 24, Mark 13,  and Luke 21, are seen as past and about the destruction of Jerusalem in the first century. The book of Revelation is seen as the past as well, the first century.  However, this is hard to see since Revelation was written after the fall of Jerusalem and looked toward what will happen before the final destruction of the Babylon system then represented by Rome, but which speaks of the events just before the Second Coming and a turning of Jerusalem to Yeshua in chapter 11.  I would love to believe this most optimistic position, but it does not square with the facts.   By historical norms, it is not heresy to believe this.  Some say it was the view of the great Jonathan Edwards, but that is disputed.

The Bible is very consistent in the clear texts including the prophets, the teaching of Yeshua, and the book of Revelation.  The time just before the coming of the Lord is a time of great victory for God’s people but also a time of the battle of good and evil at its height.  What is true of Israel at the end is applicable to the whole Church, “Darkness will cover the earth, deep darkness the peoples, but ADONAI will arise upon you, and his glory will appear over you.  Nations will come to your light, kings to the brilliance of your rising. (60:2, 3)  I am not a Roman Catholic, but Roman Catholic biblical scholars can do amazing work.  Here is their summary of this issue in the standard Catechism for today, “The Church will enter the glory of the kingdom only through this final Passover when she will follow her Lord in his death and Resurrection.  The kingdom will be fulfilled, then, not by a historic triumph of the Church through progressive ascendancy, but by God’s victory over the final unleashing of evil, which will cause his Bride to come down from heaven.  (Paragraph 677)   I was amazed when I read this.  It as after I wrote the book, Passover, Key to the Book of Revelation.

So we do not take over the world or escape the tribulation if we are still living at that time, but we have victory in going through the final battle of good and evil.  The aforementioned book and our book, Israel, the Church, and the Last Days give a good summary of our views of the last days, eschatology.  The danger of the wrong views is that we do not prepare the people of God for their possible involvement in the final battle.