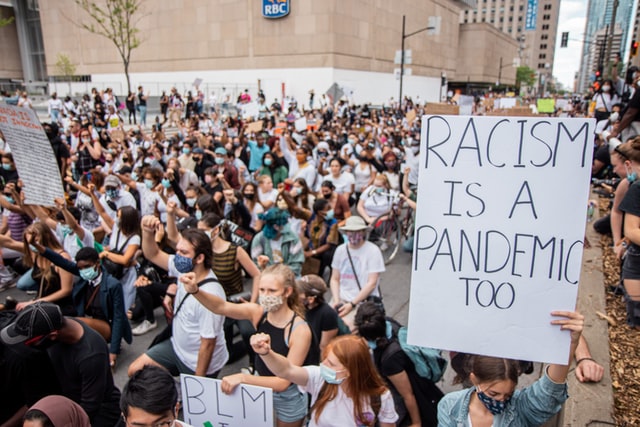 Michael Rudolph and I wrote a book on applying Torah entitled Torah in Messiah.   It is our view that Torah is practical but must be applied according to New Covenant fulfillment, primarily through the teaching of Yeshua.  Messianic Jews and Gentiles should have something to say to the difficult social justice issues of our day.  And it must be based on a Biblical definition of justice, not Marxist or socialist which come from a wrong worldview.  This is why I wrote a book on Social Justice.

I do not have much hope for attaining progress in society without the influence and believers and the transforming power of the Gospel.  So, if you are putting trust in mere human efforts you will fail. Many books have been written on the history of progress in social justice since the first century.  Progress has come from the influence of believers and the Bible, first of all, due to the unheard-of idea that every person is created in the image of God and is due love, respect, and justice on that basis.

What is love and what is justice?  If you study the whole Bible, you can conclude the following.  Love is the passionate identification with others that seeks their good guided by Law.  Their good is defined by God’s intended good destiny for them. This must always be our motive.  Then justice is seeking an order of righteousness that maximizes the potential of people to fulfill their God-given destinies or that maximizes the fulfillment of love for all people.   We seek an ordering of society that maximizes love and justice.  However, unless there is a great influence of the Gospel by a significant number of committed disciples of Yeshua, history does not give much hope that much can be attained.   I want to now apply this to the life and teaching of Yeshua and what he has to say about the issues of racism and the violent riots.  Richmond is a historic center for the pain of these matters and the Confederate monuments are controversial. Z how do we bring healing?  I approach this message assuming the definitions.