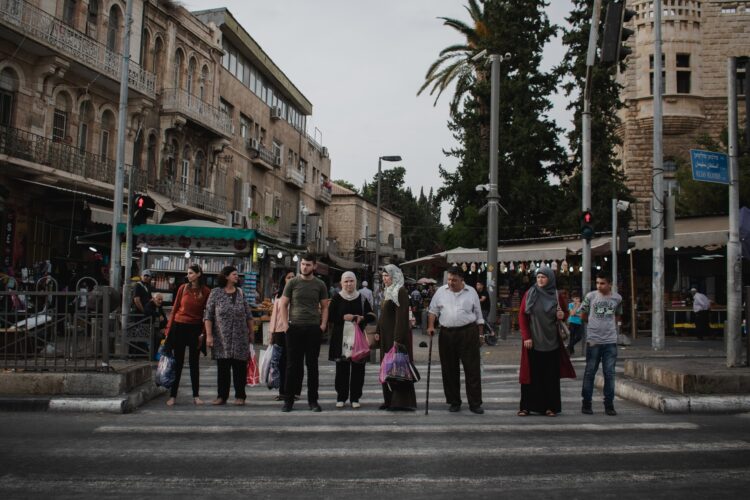 Here are thoughts to help with your article.

1.  It is very important to not conflate the three very different situations in Israel within the Green Line (an armistice line- never a defined border) and Gaza and the West Bank.  Anti-Israel people, BDS, always conflate them, and I wonder if it is not intentional. I will explain.

2.  It is crucial to note that the International Holocaust Remembrance Alliance has a definition of anti-Semitism.  It may not always be overt, but emphasizing Israel’s errors far out of proportion, much worse in occupation or oppression and persecution shows an anti-Semitic bent.  Why more Israel than Turkey, Iran, China, North Korea, Venezuela, etc. The big crime regimes are death with so much less than Israel. It is amazing.

Now for the specifics

1.  After the 48 War, the world did not resettle refugees as was normal.  They could have settled in the West Bank or other Muslim nations but were kept in camps.  This had never happened before. Israel settled an equal number of refugees from Arab and Muslim countries.  So this became a big cause but it was purposely set up to fight Israel.

2.  After the 67 war, there was dialogue with Jordan and Palestinians about autonomy or Jordan being responsible for the Palestinian areas.  It never went anywhere  It was a big and complicated time.  The 73 war did not change matters.  The 67 armistice line became known as the Green Line.

3.  After the Oslo accords, Clinton and Arafat, and Abbas tried for a 2 state solution.  Barak offered most of the West Bank except for the major Israel settlement blocks, or 95% with land swaps.  E. Jerusalem would be the capital.  Arafat walked away and stared at the intifada violent uprising.  Clinton said to Arafat, “You made me a failure.”  It began to appear to Israelis that they were being played by the Palestinians who had no intention to make peace.  Barack let the last labor government and labor never recovered.

4  Though Israel elected the conservative Likud, their leader the famous Ariel Sharon, the war hero of the 73 war and a founding military leader since 1948 became the Prime Minister  He concluded that Israel needed to separate from the Palestinians of Gaza and the West Bank.  With the support of Abbas, (Arafat had died) he released Gaza to independence.  His view was that it this worked, he would do the same thing with the West Bank. However, instead of peace, Hamas overthrew the Palestinian Authority and then armed for attacking Israel.  They even destroyed the agricultural greenhouses that Israel gave them.  The settlements near Gaza were taken down and Israelis lost homes and agriculture. But they did it.  Sharon died, and his plan seemed doomed due to violent rejection.  Sharon left Likkud when he withdrew and formed the Kadima Party to support the withdrawal.

5.  When Olmert succeeded the unconscious Sharon, He entered new negotiations.  He was even more generous than Barak. He gave more land, E. Jerusalem would be the capital of the new state.  Again, Abbas walked away.  For Israel, this would be the end of the matter.  For the majority of Israelis, the Palestinians proved they did not want peace but were playing the world so they could destroy Israel.

Where do we go from here?   Apartheid.  BDS

1.  Israeli Arabs are citizens of Israel.  They have full rights.  They can go to universities, be appointed to various roles, and have and do serve on Supreme Court.  For the 20% Israel Arabs, there is no apartheid.  There is a disparity of state spending since governments favor the groups keeping them in power. Only now has an Arab party joined the government and large amounts are being spent in the Arab town.  To speak about apartheid in Israel for Israel-Palestinian Arabs is absurd.

2  Gaza has been released.  They could declare independence and be a state  They won’t do so because they want to conquer all of Israel.  They can be part of Egypt.  But there’s no apartheid. There is a military blockade that would end the Hamas Party leaders would end their war against Israel.

3.  The West Bank (Judea-Samaria)  Usually those who claim apartheid and foster BDS are referring to the West Bank.  The West Bank is a disputed territory.  But it is not a state so it can’t be.  Are the Palestinians treated differently? Yes, they have their own government but are stateless. Israel’s settlements have citizens who are Israel citizens. They vote for the Knesset.

Palestinians vote for the Palestinian Legislature which has been suspended by Abbas to keep Hamas at bay.  So they do not have citizenship in a nation-state. That is the center. They are relatively free but not always treated well.  No one really knows what do to.  Should the Palestinian areas be linked to Jordan for Statehood but semi-autonomy so Jordan’s government will not be overthrown?  Jordan’s population is majority Palestinian but Jordan fears that more will overturn the government.  Israel does not want to give them full citizenship but fears the loss of a Jewish-controlled state which is the whole purpose of Israel’s existence. Some have argued it could be done, but then the refugees?  Barak and Olmert envisioned the refugees returning to the West Bank but not over the Green Line.  So that leaves us with a mess.  The nation has embraced the status quo.  Someday it is hoped that the Palestinians will come to their senses and make real peace. But until then we are left with the status quo.  Apartheid isn’t. But there is nothing in the Bible requiring all people to be in a nation-state, a modern invention.  There is Puerto Rico!

I hope this helps.