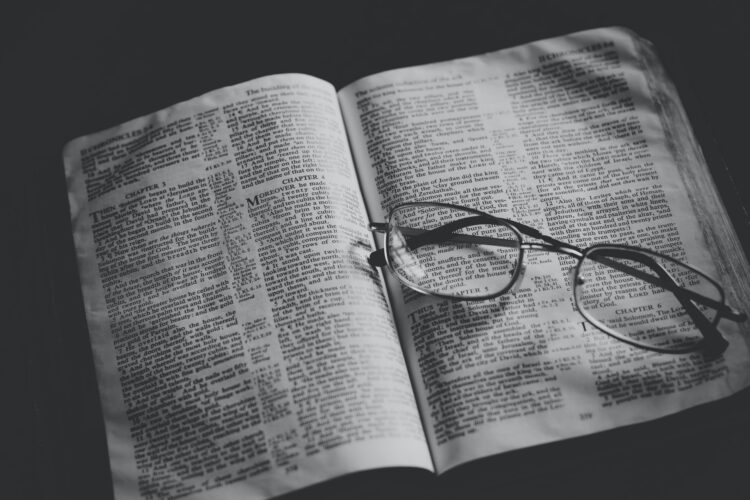 Dispensationalists have done a service for the Body of Believers in raising the awareness of subjective methods of hermeneutics (the science of text interpretation).  After so many centuries of domination by those whose approach to the Hebrew Bible especially, was spiritualization, allegorizing, and interpretation by analogies, the dispensationalist cries halt.  He or she shows that these approaches to the text are subjective and cannot be derived from the original author intended for the text in context.  The Dispensationalist is a champion of the original intent of the human author whose writing also shows us God’s intent.  They are not the only ones who defend the author’s intent in context.  19th Century Pre-Dispensationalists who defended the election of the Jewish people and their return to their Land also embraced a straightforward approach to the text. However, the Dispensationalists for the last century have been the most prominent and outspoken proponents of literal interpretation.   What do they mean by this?  They do not mean that there are no symbols, types, and analogies intended in Scripture.  Rather they are clear on one rule. Where the text can be interpreted literally it should be interpreted literally.  Literal is the preferred choice when there is doubt.  This approach leads to embracing the destiny of Israel, the Jewish people, its future, the wars in the future over the Land, and Israel’s ultimate deliverance and destiny in the Millennial Age.  I mostly share these distinctive.  Dispensationalists are, often due to their view of Israel, passionate Christian Zionists.  I greatly appreciate the very strong repudiation of replacement theology.  However, I do speak a caution because Dispensationalism did not in its classic expression see the importance of Jewish followers of Yeshua continuing to identify and live as Jews.  Some were very much against this as a confusion of law and grace and Israel and the Church.

The Strange Departure From Literal Interpretation

There are two major interpretations where Dispensationalism departs from its literal hermeneutic.  The first is regarding the pretribulation rapture.  I spoke about that in an earlier essay.  For example, in Revelation 4:1 the Apostle is called up to heaven.  This is held by some to indicate the rapture of the Church before the tribulation.  The tribulation follows in subsequent chapters.

The second is regarding the interpretation of the seven churches in Asia Minor in Revelation 2, 3.  This also is connected to the pre-tribulation rapture view.  There is nothing in the text to indicate that the seven churches are not literal churches in Asia Minor, today’s western Turkey.  However, seven ages of the church view is imposed on the chapters so that they briefly describe Church history.  The sixth age of the church comes out best, the Philadelphia Church. They are kept from the hour of trial that is coming in 3:10. This is understood as the rapture before the tribulation.  As noted before, Dispensationalists find many hints of the rapture in other texts but not from literal interpretation.

A third example is more of a strange reading of a text, II Thes 2.  The text says that the day of the Second Coming and the rapture will not happen until after the Antichrist is revealed.  It even says that Paul wrote this so they would not be deceived by some who would claim that the day had come.  Yet in a strange twist, it is argued that Paul was saying that you can know that the rapture has not happened because if it had happened, the Antichrist would have been revealed.  The rapture must come first, then the Antichrist.  But this is not at all what the text says.  It is actually saying the opposite.

Above I said I partially shared the distinction of a more literal hermeneutic.  However, I do not think the rule should not be to take a text literally if it is possible to do so, but rather to take it literally if the balance of the evidence is that it was the intent of the author.  One can overpress literalism.  One example is from the book of Revelation where we read that 200 million marched from China to the Middle East. (Rev. 9:16-18).  I well recall one of the most famous dispensational teachers of his time during my teen years teaching that Revelation 9 is an amazing prophecy since it predicted the Chinese Army and only China could send such a large army?  Really?  Supply lines for 200 million.  Or is this section continuing in the theme of demonic hosts as with the locusts who had hair like women.

Ezekiel describes the final or a next to the final war in Israel.  The armies are described in the terms of horses and weapons of that day.  Does this mean that we are to expect the end of high-tech weapons and vehicles and a return to horses, spears, and bows and arrows? Some have taught just that.  Or is Ezekiel describing last days’ wars in terms his listeners could understand without committing us to a hyper-literal approach to fulfillment?

Yes, Dispensationalism gets some things right.  A return to a more literal reading of prophecy is good if not taken too far.  Seeing a great destiny for Israel is also right, though this was not the invention of Dispensationalism.   Yet, we should avoid hyperliteralism and also recognize that some dispensational beliefs go against their very profession of a more literal hermeneutic.