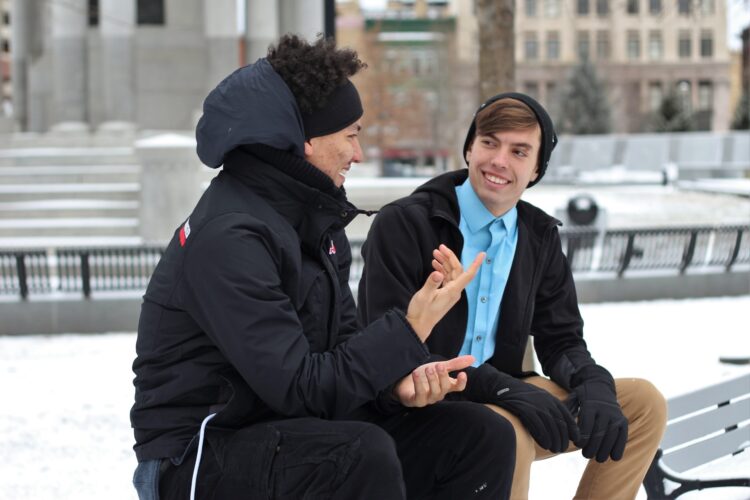 Yeshua commanded the disciples to go and make disciples of all the nations, immersing them and teaching them to observe all that He commanded them.  The goal of discipleship is to “be conformed to the image of His Son,” (Romans 8:29).  This is God’s destiny for all who are in Yeshua.  When a person enters the Kingdom through the preaching of the Gospel, they enter a whole new realm of resources to enable them to grow.  Salvation by faith, when unpacked in meaning, includes pledging our allegiance to Yeshua.  We then have the gift of being immersed in the Spirit, have his living presence, and the gift of the Word of God by which we can grow in understanding.  The Word actually has real power to change us through the Spirit.

As a young pastor, I was troubled by the number of people in my congregation who just seemed so far from biblical responses to others, their spouses, to their children, to fellow members in the congregation (48 years ago).   Since that time, I have seen such a plague of divorce among those who profess faith in Yeshua.  I came to believe and still believe that the primary issue is the failure to disciple and to become disciples.   I often assert one axiomatic affirmation, that two people who are conformed to the image of Yeshua will have His love for each other and divorce becomes impossible.

So, how does discipleship take place?  I came to understand 45 years ago that preaching is not the key to discipleship.  Spirit-inspired preaching can bring people to repentance and to a commitment to discipleship, but usually, discipleship is a matter of mentoring by a person who has grown to a significant level of spiritual maturity.  Since that time studies have overwhelmingly confirmed my conclusion.  The key is to establish structures of small groups with mentor-leaders who can disciple and then those who are discipled can disciple others.  Discipleship includes establishing a solid devotional life first of all, then learning how to know the presence and leading of the Spirit.   The Word will also show sin that requires repentance. There is deliverance ministry, how to build faith, corporate worship, and commitment to life in the Body.  The most effective disciple-makers  I have ever known finds himself discipling pastors who have never really been discipled.

Why are we not obeying what Yeshua commanded and understood that discipleship is one who has learned to obey all that he commanded?  It is because it is much easier to give a weekly message and depend on that.  Secondly, when leaders embrace the call to disciple, they will sometimes find people who are unwilling to deal with some serious sin patterns in their lives.  There is a protective wall of self-defense.   This calls us to emphasize prayer and the conviction of the Spirit to bring a person to the humility to address the areas of life that are resistant to the ways of Yeshua.

When I began to see the centrality of discipleship, I first created seven lessons on discipleship that I first used with a couple I led to the Lord and another who came to us as new believers.  These seven lessons eventually were expanded into the book Growing to Maturity, which was published by the Union of Messianic Jewish Congregations in 1982.  It has been through several editions and its latest edition now is published by Lederer/Messianic Jewish publishers.  It is also in Russian, Spanish, and Hebrew.  It has been the most used book for discipleship in the Messianic Jewish world.  It is also a foundational doctrinal manual.   I have been amazed to find so many still use this book and write to say how helpful it is.  It is strange that there are not many other examples of such books.  This book presents its theology from the original Jewish context of the Bible and does give the foundations for understanding the Bible.   If you do not have a copy of this book, do obtain a copy.