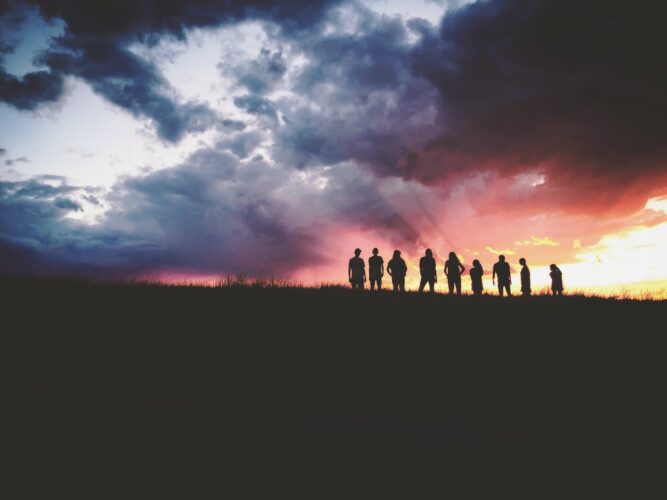 Recently a famous black sports reporter, Jason Whitlock, expressed his alarm at the tenor of Black Lives Matter protests, including his disagreement on some of the false assumptions (not all the assertions are wrong) and the tenor of the Democratic Convention.  He noted black people were being used through instilling unfounded fear.  Michelle Obama asserted that black people were afraid to go out because, she indicated, of the long list of killings of unarmed blacks by police.  The problem he said was that there just was not such a long list but this year the number was 8 so far out of millions of people and last year, 14.  We should be concerned for every unjustified killing.  His point was that the Democrats were pushing a victim mentality that would lead people to give up; that the deck was stacked against them and that there was no reason for trying.  Unless people are given hope and reason to believe that they can succeed, they will find it very hard to get ahead.  Though socio-economic issues are a continuing problem, for Whitlock, being black was not the major issue for hindering success, but the continued situation victimhood and hopelessness in the underclass communities. I am told that we should listen to the black voices, but often people mean to listen to the black voices that fit their ideology.  Do we listen to the voices of the 81% of poor blacks who want the same police presence or more, or to the voices saying to defund the police?  Then is there a voice that transcends the debates?

His presentation caused me to think.  How did Yeshua address the issue of the poor and marginalized since he spent the primary (not exclusive by any means) thrust of his ministry reaching those we would call the underclass?  He did not rail against the government system under Rome, though it was bad.  He did rail against the religious leaders and their relationship to the needy.  (This would be like our criticisms of the Church for its lack of involvement.)  Rather, He declared the new power of the Kingdom of God.  The key for the marginalized was to enter that Kingdom and to live from a new power in God that made for all kinds of new possibilities.  Many scholars now understand, for example, that Yeshua’s teaching in Matthew 5, called the beatitudes, was misunderstood  He was not calling for us to have life orientations to live so that we could be blessed.  Rather He was announcing a great reversal of fortunes because the Kingdom of God had come.  In Matthew 5:3-5, we read,” Blessed are the poor in spirit for theirs is the kingdom of heaven.  Blessed are those who mourn, for they shall be comforted.  Blessed are the meek, for they shall inherit the earth.”  The noted scholar N. T. Wright gives us the keys to these verses.  Because the Kingdom of God has come in Yeshua, the poor are no longer determined by their poverty.  In Luke, the words “in spirit” are not added.  It just says the poor are blessed.  Mourners are no longer trapped in terrible grief.  The meek, who were not able to push their way toward success, would no longer be cast aside, but they would inherit the earth.  They would be changed and no longer meek in a negative way.  Dallas Willard, in his Divine Conspiracy, says that the Gospel of the Kingdom is the invitation in the present to live in and from the Kingdom of God that has broken into this world.  Therefore the passage in Luke 4: 17-21 is parallel and an interpretive key to this Matthew.  Here Yeshua announced that the Spirit of the Lord was upon him to announce a jubilee year for the captives, the blind, and the oppressed.

Yeshua did not organize a protest against the oppression of the Roman government, the taxes that impoverished people, the collaboration of the Sadducees, and the Jewish tax collectors with this oppressive government. Yet he initiated a revolution that eventually changed the whole Mediterranean world.  It was because the Gospel really brought people into a level of supernatural power and a confidence that came from forgiveness and certainty of God’s favor.  One could not choose to continue in victim status and continue to live in and from the Kingdom.  This is why with all the social problems many argue about in the United States, the followers of Yeshua cannot lose sight of the most important thing always, the Gospel.   It is the power of God to salvation, and that is more than just going to heaven, but victory in this present life.  We may support different approaches by the government that might be helpful more or less.  Some approaches might make the problem worse. But if we put our hope for the underclass in political solutions, we betray ourselves as falling prey to a secular humanistic mind and not really believing and knowing the awesome power available in the Gospel.  How many are the testimonies of the poorest of the poor and oppressed from around the world who triumphed through the power of the Spirit in Yeshua!  May we know that the great answer to the greatest needs of all is in the Gospel.  This is not to say that we do not vote for the best policies, but where do we really rest our hope!