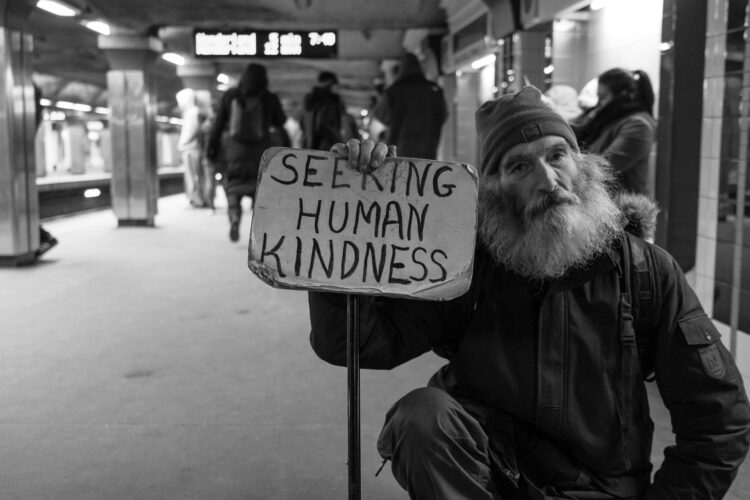 We are living in an age that is unusual for its hatred for the Bible and Christianity.  The apologists for hating biblical faith make two major claims among others.  One is that the Bible is full of violence and vengeance and should be rejected.  The other is that the Bible is intolerant and fosters hatred and the rejection of alternative lifestyles.  It fosters homophobia, transphobia, bi-sexual phobia, and more.  How much hate for the Bible is due to its teaching on marriage and sexuality, especially in the New Testament since polygamy was allowed in the Hebrew Bible.  Strict monogamy is a New Testament teaching.  In summary, the biblical haters profess to hate all violence, all non-acceptance, and hence Biblical and historic Western morality.

The answer to the Bible faith haters is not difficult to find or express.  As I noted in past writings, the British atheist historian Tom Holland chides the anti-Christians by noting that the whole idea of compassionate human rights is only known in societies influenced by the Bible.  Search the rest of the world and you will not find it.  A few years back I read two very large volumes; a history of India and a history of China.  The carnage and the slaughter recounted in these histories were the way of the world.  Holland hopes that human rights will be maintained without biblical faith, but he has no grounds to believe this.  The late Quaker philosopher spoke of the West as a cut flower civilization and that by rejecting the roots, the flower of human civilization will die.

When one deals with ancient Israel, fairness means that one must compare Israel to the other peoples of the ancient world.  This comparison is reflected in a book by the late Harvard professor G. Ernest Wright, The Old Testament Against its Environment.  Very recently the late Reuven Hammer wrote The Torah Revolution which updates the same themes.  My esteemed professor of dear memory, the renowned Samuel Schultz of Wheaton, a Harvard graduate, wrote that in the Hebrew Scriptures, God’s offer of mercy always precedes judgment.  In the case of Canaan, there were over 400 years of mercy and patience.  You will never find such ideas in other cultures.  The demonic control of the whole culture in Canaan is a key to understanding.  The Torah actually enjoins Israel to not seek to conquer other nations outside their borders.  God cares about the nations and seeks that Israel is a light to the nations (Deut. 4).  This is astonishing.  Only a terrible lack of historical sense and proportion despises the Hebrew Bible.  When we get to the Psalms and prophets, the hope for the salvation of the nations, universal redemption, and world peace, astonishes us.  Isaiah 2 is a case in point, world peace, and no more war. The nations come to the light of God (Isaiah 60).  Other cultures sought the slaughter of the nations, to build empires and a system of domination.   Enslaving the conquered was the way of the world.  When one reads the 13 attributes of God in Exodus 34 and the idea of God being first of all, merciful, compassionate, and forgiving, one is amazed that this is spoken though God does bring hard judgments on evil.

However, the pages of the New Covenant Scriptures do go beyond the Hebrew Bible. Yes, one can find great moral foundations like “Love your neighbor as yourself,” in the Hebrew Bible. But the neighbor was a fellow Israelite.  Helping your enemy’s ox (a fellow Israelite) does move us toward the ideal.  Loving the stranger in your midst and God’s repeated concern voiced by the prophets for the widow, the orphan, and the stranger is also a powerful testimony.  They are to be treated with love and justice.  But again, the New Covenant goes beyond this.

The sermon on the Mount reveals a higher level of ethics than ever before revealed.  It says we are to love our enemies in the very context of Roman occupation and oppression.  In the Parable of the Good Samaritan in Luke 10:25 ff., Yeshua includes the enemy in the very meaning of the concept of neighbor. The despised enemy, the Samarian, proves to be a neighbor.  For the Samarian, the Jew was the enemy.  The love of the enemy is not only commanded as in the Sermon but the enemy is raised to neighbor status.  Wow!   (Scholars call this progressive revelation- we see best from the fullness of New Covenant revelation).  The writings of the epistles enjoin to love our persecutors, to endure without bitterness, to forgive, with patience and willingness to suffer.  We are not to avenge.  Yes, God so loved the whole world, all humanity, that He gave his Son to die for us. Does any other religion come close to teaching such a thing?  Passivism has been an understandable conclusion from reading the New Testament.  Though I now disagree, in my young adult years, I read Mennonite literature and was convinced.  The Anabaptist peace Churches that came out of the Reformation are a testimony to the level of love and forgiveness promoted in the New Testament.

In the Bible, all humans are created in God’s image.  This is the absolute foundation of anti-racism and prejudice that drove the abolitionists.  Without biblical faith, slavery would still be with us.  Reading the books of the great scholar, Rodney Stark, shows the amazing effect of Biblical faith.  The Roman Empire was conquered by biblical faith because of how Christians lived. They adopted the babies given up for death, nursed the sick in the plagues when friends and relatives fled, and lived in such love that paganism was overcome.  Overcoming slavery as well as the effect of biblical faith.

The Bible is love with standards.  The standards for marriage, sexuality, and treatment of the poor all are weaved together.  The Bible warns of Hell but councils us to get a broken heart for sinners so fewer will be lost.  Moral choice is serious and has eternal consequences.   One of the main reasons for the hatred is the Bible’s teaching on human sexuality.  Our sexuality is one of the greatest gifts from God and yet fraught with danger.  The Bible, in love, for the best fulfillment of human beings and the prosperity of the whole society, enjoins us to order our sex lives such that sexual expression is to be only in an exclusive relationship of marriage between a man and a woman.  When a society departs from this, it will unloose passion that will lead to terrible abuses. Such teaching is declared by Bible haters as hatred and phobia.  The Bible teaching and the LGBTQ movement’s values are profoundly in opposition.  Bible believers, however, declare their love for LGBTQ people and a desire to see them come into their true destiny and fulfillment.  Our belief that God can and did declare himself on the organization of our human sexuality versus autonomous human choices based on whatever the individual desires, is a foundational reason for Bible hatred.  In our culture, people want their sexual choices and want no one to question their orientations.  If the Bible is true, there is great guilt and suppressed guilty knowledge that can only be solved by the atonement of Yeshua.

The Bible hater saws off the limb on which he or she sits. Unknowingly he or she supports some values that would never be part of western civilization but for the Bible but then opposes the Bible with these biblical values.  It is the paradox.  One part of the Bible is chosen to reject the Bible, and the part chosen is wrongly interpreted and applied.  What is the basis for the values of the secularist without the Bible but his or her own subjective preferences or the preferences of the fleeting consensus of the contemporary culture?  There is no foundation.

The advance of civilization, despite the backsliding and horrors of history, is rooted in the Bible.  The advance of the values we most treasure, even the best of human rights is rooted in the Bible.  Hospitals care for the poor and the fight against prejudice all came about due to Bible believers.  That the Universal Declaration of Human rights, whose primary authority was a godly Christian, Charles Habib Malek, should give us pause.  It is an amazing document that is inspired by Biblical values.