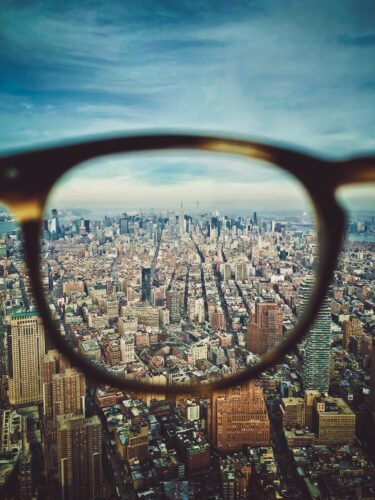 We can bemoan the ethical and moral direction of our nations, Israel and the United States. It is right to grieve and pray for national revival. Some think that a secular state is a good thing but the Bible is very clear that the nations are called to acknowledge God and that its laws should reflect his basic standards. God judges the nations on this basis. We could quote many texts in the Psalms and the Prophets. However, when we live in a nation that does not support biblical norms, what are we to do? We are to be give ourselves to create a convincing counter culture. This was our commitment in the days of our leadership in Chicago and Washington. In Washington we built an alternative school system. A counter culture provides a way of living that is sufficiently apart from the society that the counter culture is much more the dominant influence on our children, teens and young adults than the surrounding culture. This means that our culture educates from a Biblical Worldview perspective. It means that we are able to disciple adults and children well. This includes that all have a real encounter with God and an ongoing personal relationship that is real in a consistent devotional life. It means devotional life. It is apologetics for all ages. Today that apologetic evidence form design, the supernatural reality of miracles (beyond any other age), and historical evidence is better than ever. But the members of the Body of Believers is so integrated into the dominant culture, in schools, entertainment, and so much more that it has to lead to great loss.

There are two kinds of counter cultures. We can see from the Amish and the ultra Orthodox Jews that they are growing communities that mostly keep their descendants in the faith. It is quite amazing. However their counter culture does not engage the dominant culture. I want to opt for a counter culture that engages the dominant culture. An example of this would be the Evangelicals of the first part of the 19th century who engaged and even confronted the dominant culture, especially on the issues of slavery and child labor. They succeeded. Today the dominant culture has as its primary features, relativism in truth questions, abortion, sexual variety of all kinds of arrangements over against traditional marriage and sexuality, gender fluidity and so much more that is abhorrent to God and destructive to people. But Satan loves to destroy whereas Yeshua seeks to give abundant life (John 10:10b). We agree with the dominant culture that caring for the poor and marginal is a top value and is so much in the Bible, but we would disagree on what really works and how to do this.