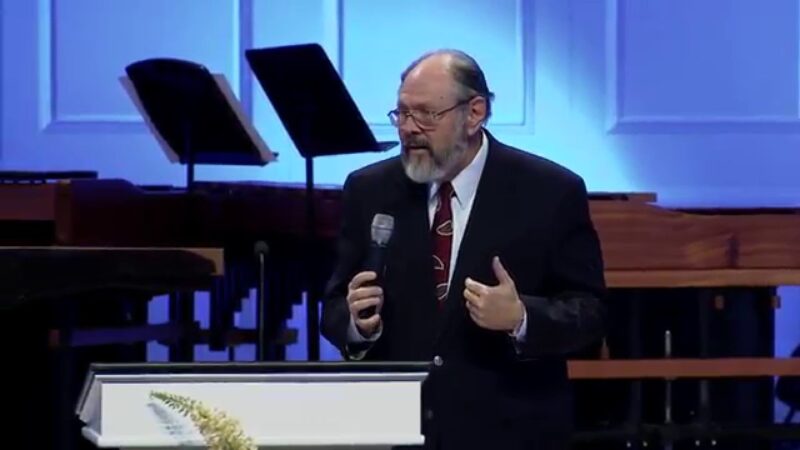 After almost four years of painful skepticism, I returned to committed faith in April, 1970.  I had graduated from Wheaton College and was at Trinity Evangelical Divinity School, near Deerfield, Illinois.   As I look back on those years, I am amazed at the mercy of God and his providential care.  I was privileged at Wheaton and Trinity to have the most amazing professors to help me work though many issues, and most importantly, my spiritual father, the Chaplain of Wheaton College, Dr. Evan Welsh.

My quest was intellectual and I needed the best help possible.  In philosophy there were the brilliant thinkers, Dr. David Wolfe, Dr. Stuart Hackett (Philosophy of Religion) and the famous, Dr. Arthur Holmes.  For a critical introduction to the Old Testament, there was Dr. Samuel Schultz who received his Ph. D. at Harvard and taught at Wheaton.  He had such high regard for the Hebrew Bible and its applicability for all believers.  His teaching was a bulwark against critical theories that undercut the authority of the Bible.  Furthermore, he prepared me for a Messianic Jewish understanding since he argued with great force that the Mosaic Covenant was a covenant of grace that fully taught salvation by grace and also the applicability of the Law of God in the New Covenant.  His books were breakthroughs in the Evangelical world.  He became one of the early Christian supporters of our Messianic Jewish movement.  In this essay, I want to give honor to the late Dr. Kenneth Kantzer.  I consider him to be the greatest teacher on biblical authority in second half of the 20th century.   By the time I finished my program at Trinity (in Philosophy of Religion) I was established in great confidence in the trustworthiness of the Bible, and that every text of the bible teaches the always according to what the author is asserting as truth.

I was the product of an evangelical education that in those days was very solid on the issue of Biblical authority.  But one question loomed.  Would my approach to Biblical authority hold up in a liberal educational institution?  I enrolled at McCormick Theological Seminary whose faculty included many liberals whose views were quite radical.  None believed in the historic view of the trustworthiness of the Bible.  And some did not really believe the Gospel itself.  Critical approaches to the Bible reigned.  Yet after 5 quarters and a degree, I was not at all shaken.  The professors were renowned scholars, but their presentations were weak compared to what I had previously learned.  I was unshaken.

But now we have a significant issue in our movement.  Several leaders in our Messianic Jewish movement are seeking the credibility of degrees from well known schools under well known scholars. They are receiving masters and doctorate degrees.  However, they have entered these schools without a strong evangelical background of teaching on Biblical authority.   Some think that such an education is not important and that such an education is not adequately Jewish.  They see no claim from such evangelical views upon them.  Yet, I do believe that the very best understanding of Biblical authority has been developed by historic Reformation Evangelicalism.   Messianic Jews need to be humble before truth whenever and wherever it has been put forth, especially when from our Evangelical brothers.

Historic Orthodox Judaism also professes the highest regard for the Hebrew Bible as fully trustworthy.  However, in Judaism, the apparent contradictions in the Bible and difficult passages are often explained away by a midrashic type of Rabbinic interpretation which does not always have to credit the straightforward meaning of the text.  Midrash is a type of spiritual interpretation that can find multiple meanings in texts.  Rashi, the famous medieval exegete did affirm the importance of the peshat, the straightforward meaning of the text, but this was not consistently the emphasis of Judaism.  It was left to Evangelicals to affirm the highest view of Biblical authority and often by hard work to find solutions to difficult texts (as in the recent work of Dr. Walter Kaiser).

Messianic Jews who do not have a strong evangelical background of scholarship on Biblical authority can find themselves shaken from the view of the full trustworthiness of the contextual meaning of the text as always true.  They can then embrace various levels of liberal critical scholarship or can seek to maintain faith by a more mystical Rabbinic approach to the text.

Yet as Dr. Kantzer taught, when we lose a high view of Biblical authority, we enter into subjectivism, namely that what we affirm and do not affirm in the Bible is subject to what we think rationally makes sense or what we intuitively confirm.  So are the Biblical standards of marriage and sexual purity to be maintained?  Did Moses really give us the Torah of God that contains the universal moral and ethical laws for all people?  And of course, liberal Christians do not want to credit the texts that speak of Israel’s everlasting connection to the Land as their inheritance.   If the Messianic Jewish movement finds itself influenced by scholars who do not have this high view of Scriptures, then we will be in deep trouble.

This is one reason why we are supporting higher education that is oriented to the full high view of Biblical authority, Holy Spirit power and gifts, and the importance of Messianic Jewish life.  I have a fuller essay on this in the book edited by Rabbi Cohn Sherbuck, Voices of Messianic Judaism.  The essay is on Biblical authority.