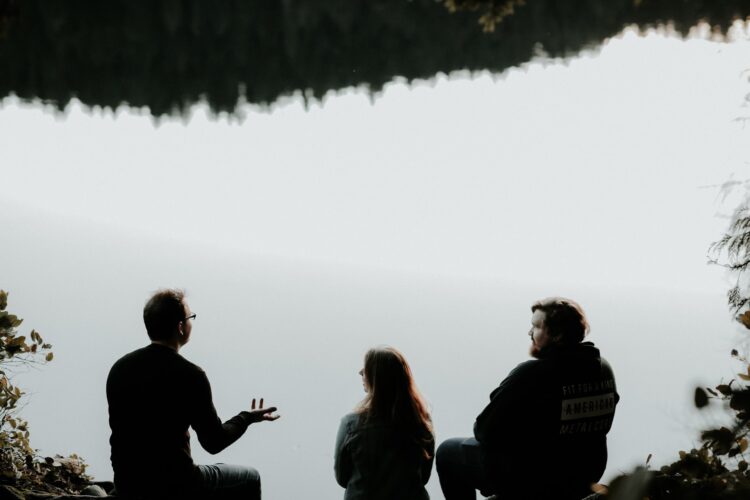 I am reading an intriguing book by Jim Wilder and Dallas Willard entitled, God, Dallas Willard, and the Church that Transforms.  One of the Tikkun America leaders recommended the book, The Other Half of the Church, by Michael Hendricks and Jim Wilder.  The book by Willard and Wilder continues and expands upon the material of the first book I read.  I found out from an old friend, pastor, and leader in the movement called Life Model Works, that there is now quite a movement with a network of associated churches. I am very hopeful that this movement will bring significant positive change and renewal in the Church.

Dallas Willard was a noted philosophy professor at the University of Southern California.  In his later years and until his recent death, he was consumed with discipleship and spiritual formation.  His book, The Divine Conspiracy, was monumental.  It established that the Gospel is the Gospel of the Kingdom, the invitation to live in and from the Kingdom of God under the Lordship of Yeshua.  One can be considered as discipled when that one generally lives in accord with the Sermon on the Mount (Matthew 5-7) and the teaching of Yeshua and then the Apostles.  It is possible to attain this though of course, not perfectly but generally. The Gospel itself is an invitation for discipleship where God puts all in our lives in the right order and establishes us in a community that furthers discipleship for its members.  Individual and corporate disciplines are presented by Willard in this and other books (The Spirit of the Disciplines).  In his last years, Willard has connected himself to the stream that leads Life Model Works.

Dr. Jim Wilder for many years connected to a ministry of personal healing and growth, The Shepherd’s House in Van Nuys, California.  Wilder presents himself as a Neuro-theologian.  What does this mean?  He has made himself an expert on the connection of the brain to our thinking, emotions, feelings, and established values.  Wilder is brilliant at noting that we have two sides to our functioning, a right-brain orientation, and a left-brain orientation.  The latter is the slow intellectual processor, and the right is the fast immediate respondent to the whole environment.  The right brain is much more the center of our automatic responses. It is also the center of attachment love.   Much of the failure of discipleship in the Church is due to its limited left-brain approach, encouraging people to absorb information and then make decisions and commitments to implement the teaching.  However, this left-brain approach often fails.  Why?  It is because discipleship and spiritual formation is not just a function of logic and will but a matter of developing attachment love to Yeshua and a spiritual family where we correct one another in love.  We are to love him with all our hearts.  The N. T. emphasis on love for God, Yeshua, and one another is pervasive. That attachment love is the center of growth into conformity to Yeshua.  Without a loving community committed to mutual discipleship in love, most will not be discipled.  Many failures and serious falls among leaders show this deficit in discipleship and attachment love to Yeshua and a loving community.  This community begins for a leader in a mutually accountable circle of leaders.

Much of this material fits our books, my book, Relational Leadership,  and Covenant Relationships by Asher Intrater.  However, there are helpful additions to what we have taught for many years. Community in Yeshua is central to growth and change, but not just attending meetings as observers.  The books of this movement provide exercises and patterns of mutual accountability in small groups beginning with the elders, that make them much more effective in discipleship.

I do have one correction and that is that the language over emphasizes the brain where one could believe that Jim Wilder almost believes that the brain is the human personality.  I would like to note how much the soul transcends the brain.  The book by Mario Beauregard, The Spiritual Brain, shows that the mind or soul transcends the brain.  Of course, Wilder believes this. Near-death experiences, the best of which I believe are death and resurrection experiences, prove that the soul can be separated from the body/brain.  I have given much thought to the mind-body problem as it is studied in philosophy.  Though it seems to us that the brain is so integrated and that we could say that our body is ourselves, this is not true.  The brain is a detailed map in this world of the multi-variegated soul, a manifestation in this physical world of the soul.  So, I like to speak of left-brain/mind and right brain/mind or left-brain/soul or right brain/mind.  I would like to recommend that my readers pursue these books and look into Life Model Works.