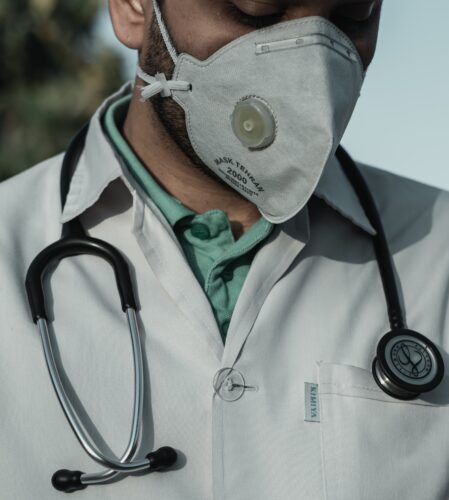 There is a growing prophetic consensus that we are to engage in massive prayer as we enter the Passover Resurrection time.  Some have spoken out that the virus will be overcome during this season if we fast, pray and unify our hearts together. However, those who are far out in their prophecies are unlikely to be confirmed. There are massive prayer events by internet taking place and some international events with hundreds of thousands.  My own sense is not that the virus will be a thing of the past within the next week, but that the corner will be turned.

In this, I wonder how many of my readers have picked up on the battle between doctors.  One group of doctors are part of the scientific testing bureaucracy and have high positions in the government.  They don’t give much hope for medicines that can turn this around. Every time they go on television, Dr. Fauci and others, they speak, of months and years before we can approve medical treatments.   There has to be double blind studies, that scientific state of the art for proof. On the other hand, there are more and more doctors who do not agree with this conservativism. For one thing, they point to real results in China, France, Spain and the United States (less so) that show by strong anecdotal evidence that, for example, hydroxychloroquine is working and sometimes in very impressive ways.  These doctors are now allowed to prescribe it. The evidence is that giving it early on cuts down the progression of the disease. Only in New York state are doctors precluded from prescribing it except through hospital bureaucracy. One noted doctor called this a game-changer. People are dying and this is no time for conservative approaches in science. We can still be scientific without requiring such rigid standards.  This drug and the anti-body treatment from the blood of people who have recovered are showing real promise.

Early on President Trump pointed to hydroxychloroquine as having promise, but he was vilified by the liberal press.  Now not so much! Yes, he did go out on a limb. He saw some early reports and these reports were positive.

I wonder if the prayers of people worldwide in this Passover Resurrection season is connected to a real breakthrough this week through a combination of prayer, social distancing and using the drug treatments that show promise.  This means overcoming the conservative scientists in government positions. My sentiment is with the doctors on the field and what they want to do! I think this is a spiritual battle.