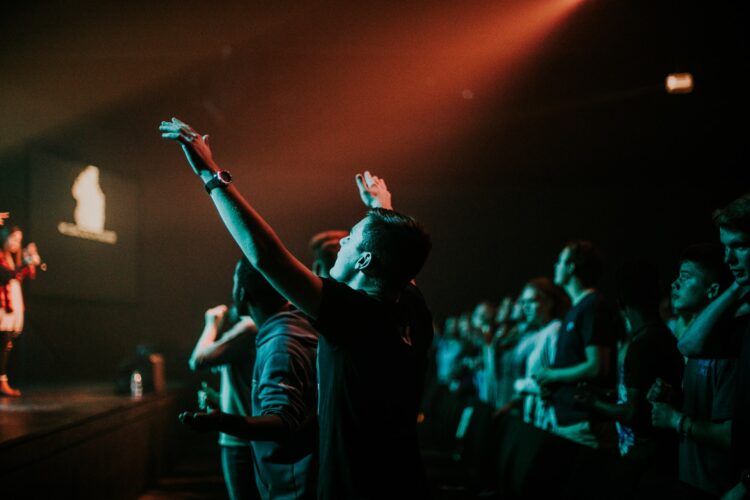 In the 1980s it seemed that I was growing in understanding the Bible in new and more accurate ways.  One of those understandings had to do with the Bible’s teaching on the Last Days or Eschatology.  When I finished Wheaton College, I was a skeptic about such teaching and much else.  Then my spiritual father of dear memory, Dr. Chaplain Evan Welsh, at Wheaton in 1970 gave me a book on the Gospel of the Kingdom that began to clarify the Bible for me.   It was based on the idea that Matthew, Mark, and Luke present us with a unified understanding of the Kingdom of God.  The coming of Yeshua into the World meant that the Kingdom of God had come, but in an unexpected way, an “already not yet way.”  The Age to Come had broken into this World in the ministry of Yeshua, in the miracle manifestations of his life and teaching and that of his disciples, and then even more with the outpouring of the Spirit at Shavuot or Pentecost.  The Kingdom was where God’s rule was made visible.  Now we are in between the ages period.  The Gospel is now the invitation to enter the Kingdom as it is a presently constituted and to live in and from it in the power of God and through the death and resurrection of Yeshua and the outpoured Spirit, and to be part of Kingdom communities of the Spirit that manifest this Kingdom.  However, at the and of the Age, Yeshua will return and His Kingdom will come and be established on earth.  This is the fullness of the Kingdom.  Therefore, when we speak of the Last Days today, we should distinguish between the Last Days that began in the first century and the last of the last days that will come just before the Second Coming of Yeshua.  This is an amazing key to understanding the New Testament.

However, in the 1980s we came to new understandings of much more.   This included the teaching of what I call today the five pillars, the things God will accomplish before the return of Yeshua.  This includes bringing his people including his leadership into unity (John 17:21), the world revival that will fulfill the not yet part of the Spirit being poured out (Acts 2, Joel 2:28-30) the completion of the witness of the Gospel of the Kingdom in every ethnic group (Matt. 23:14, 15), the effective witness to the Jewish people making them jealous for Yeshua (Romans 11:14,15), and the leadership of the last days people of God that will be zealous for the previous four.

There are also details about the last days, the lineup of the nation, Israel being a back in the Land as a key to making Israel jealous, the coming of the antichrist, and so much more described in the Bible.  Putting all this together is a bit dicey, but we think we have a very good presentation.

Our book Israel, the Church and the Last Days, was the product of a course I jointly taught with Asher Intrater in our school, Messiah Biblical Institute in the late 1980s.  Both of us wanted to teach the course on the last days.  We did not know the other’s views.  When we compared notes we saw that we had the same basic understanding.   Therefore, we team-taught it and wrote the different chapters in the book.  The book has been revised.  The well-known leader, Dr. Jack Hayford, said it is one of the best presentations he had seen.  It is not a difficult book to understand.  You are getting a very brief summary here.  I would encourage you to avail yourself of the opportunity to read this book.