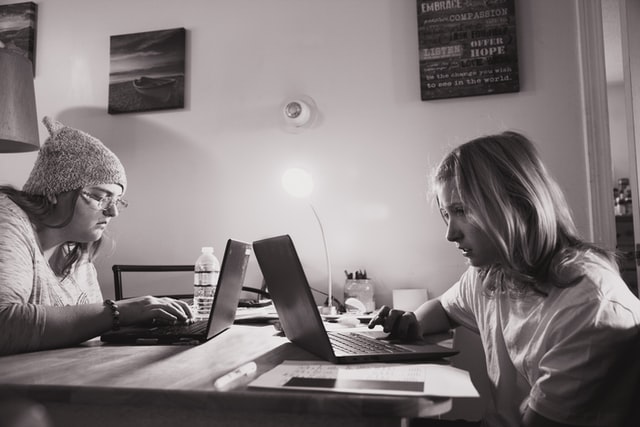 Where are we to get News and Views?

Some of my dear Facebook friends are saying that the BLM protests are mostly peaceful and my alarm about Marxists and Anarchists is overblown.  Recently a report mentioned that over 1 billion in property damage occurred.  People have lost small businesses, some have been killed including police who were targeted.  In New York, Portland, Minneapolis, Seattle, and more the mob demands that the police be defunded.  They say they will not go away until their demands are met.   Do we really believe that people want less policing?  In black neighborhoods where crime is high, they do not want less police, but some want more and better-trained police.  That will cost more.   The pictures of the mob are frightening.  So why do some of my friends say that these are peaceful protests with a few who have taken advantage of the situation and are fostering destruction?  Then I realized it relates to media. The media they watch does not show the pictures of the destruction or of the mob when it is violent.  The mainstream media plus CNN and MSNBC want to foster a narrative.  It is that the problem is Donald Trump, that there is systematic racism in the police and other sectors in our society, and that the protestors are peaceful.  Removing all statues of people who believed in slavery or racism is seen as legitimate as well (I am not desirous of arguing against that except for founders that moved us toward human rights which would lead to an outcome they did not anticipate!).

Then I realized that my friends who are influenced by the group think much of the media.  If you do not watch alternative conservative media, you never even see large slices of what is happening.  I could give example after example.  The terrible treatment of the police and preventing their emergency responses.  Not on the mainstream media.  The pictures of the destruction in the cities, terrible destruction.  Not on the mainstream media.  Do my friends have empathy for the police right now?  Some of them do not.  Is racism systemic? In what sectors of our society?  What is the proof?  I am reasonably sure that there is a disproportionate poor treatment of blacks, but not murder as a big issue.  I want to see racism rooted out. But why the selective empathy?  Why not empathy for those who have lost their small businesses, including blacks.   Where is the empathy for the black children recently killed by violence in the cities?  I am reasonably in touch with mainstream media when I am in the U. S. but here I only have CNN and Fox.  I do watch both. Right now, though policing has improved, you would not know this. The black community is being given an anti-policing narrative which I think many know is not true.  It is producing anger and violence through enough to be a huge problem.   It will lead to more death and crime in the most vulnerable communities.

When I speak about alternative conservative media sources, including a balanced news program like Bret Baier, my mainstream news friends vilify Fox as biased.  They are not kidding.   They don’t see the incredible bias in the mainstream news?  Both Papers and broadcast?  I would have my friends watch two programs regularly to get another side, Tucker Carlson and Laura Ingraham.  I know that Sean Hannity is sometimes over the top partisan; like the opposite of Rachael Maddow.  Carlson is a libertarian and sometimes takes President Trump to task.  I sometimes disagree with the level of his anti-war isolationism.  I do want to give one example on Carlson and the mainstream media.  (By the way, the cancel culture and the media matter folks are trying to get him removed from the air by pressuring his sponsors.  Carlson last night reported on a couple in St. Louis. Protestors broke down the gate to their community and were threatening them. They called for police help and protection; it was to no avail.  When it looked like they were in danger, he went into his house and got his legal semi-automatic and they dispersed.  What happened? The mainstream media portrayed him as a white racist.  His address was posted on social media.  The prosecutor wants to charge him.  Yet he was defending his life and property.  Some threatened to kill him, his wife and his dog. It is recorded, but not on the media.  The man is a lawyer who right now is in a case pursuing a case of police brutality against a black client.  If you only knew mainstream media you would get a totally wrong and biased report.  (One matter that is quite crazy is the idea to tear down the statue of the medieval King Louis and to change the name of the city.  St. Louis was founded by France.  There was a violent attack on Catholics protecting and praying at the statue, saying the rosary, etc.  A Muslim led the effort to tear down his statue since he supported the Crusades.  This violent attack was unreported.  An older man with a cane ended up with a concussion.)  I can tell you that the media just does not, over and over again, report important stories accurately.   Trump meets with 100 black leaders.  They report on how he embraced them and listened to their concerns and was responsive.  The mainstream media don’t report it.  It is as if it never happened. It is reported on Fox. This happens over and over and over. Will my friends ever wake up?

Then I want to speak about the enormous problem of social media and hi-tech control from Facebook, Google-YouTube, and Twitter.  If my friend Mike Brown has had problems being removed and even the brilliant Dennis Praeger, then we know we have a big problem.  I know other friends who have been shadowbanned.  These big media companies are monopolies and are given a free pass as supposedly neutral platforms.  To get our views across on traditional morality, social justice, a more biblically based order of righteousness, we need to have media access.  Regulating the big media will not be adequate and will be hard to do. They should lose their protection as neutral platforms.  They make editorial choices and that should end their protections. My greatest hope is for media that will not shut anyone out except for those who explicitly call for violence against others or who put forth racial views that some races are genetically inferior and pornography. I know that there will be false information and false news.  The answer to that is not policing by the tech company and the removal of what they deem to be false.  They really are not capable of doing this.  Rather, the answer is that people will need to do their own research and come to recognize good sources of information and people who have good qualifications.  People will have to choose whom to trust and not be treated as children who need the media company to act like a parent who prevents his children from accessing information they do not deem good.  The biggest issue now for those with a biblical world view perspective is that the culture formation levers of society are in the control of the left; education, media, news, entertainment, etc.  To break out of the massive efforts of creating media platforms that enable the promotion of the alternative views will be needed.  Great amounts of money will be needed to launch this.   I actually think that if we can see a decentralization of social media there is great hope that alternative views can break through the monolithic leftist control.  The Gospel itself is spreading on the internet and can do so to even greater levels.  Media may be a great answer.

The present control of education and the media by the left is a huge problem.   However, I do see opportunity in the media too if we can only see the break out I am speaking of.   Use the older media and create alternatives!!  Through media, we can report credible miracles and wonderful winsome presentations of the Gospel.  Great teaching can be presented.

Lastly, I want to speak about the power of the Gospel in the communities of the marginalized. The story of the ministry of Robbie Dawkins is a great example. No, it is not the big city like Chicago, but the smaller city of Aurora, Illinois where crime, gangs, and killings were over the top. Through the power of the Gospel, leading gang leaders to Jesus, and the power of miracles, the crime rate was cut to an amazing level.  The Church was awarded for its work.  We need scores or hundreds of such churches.  Guess what?  Then we can reduce funding for the police!!  I would love to see such stories widely promoted in media.

COVID/CORONA AND REMOVING THE VEIL OF DECEPTION IN EDUCATION

The domination of leftist ideology on the campuses of America has really destroyed much of the traditional liberal arts in philosophy, literature, etc. (See Victor David Hanson).  The social sciences are also very compromised.  The hard sciences seem to have the greatest ability to transcend ideology, but ideology still has influence.  The question then is why should families spend 20 30 or 40 thousand dollars per year for leftist indoctrination.  I have a 17-year-old grandson who thinks much of formal education is stupid and that he can access what he needs to learn on anything from the internet.  I greatly appreciated my Wheaton College and then Graduate school education.  The education was serious and gave access to many viewpoints that were well presented.   Indoctrination was not the orientation.  Costs and ideology today bring the bricks and mortar centers for education into great question.  COVID-19 has emptied the campus and many switched to online education.  I am wondering if we will see God’s judgment on the expensive, anti-God, anti-Bible education that prevails on many campuses.  Will many not want to return to the old model campuses.  Would it be good for the Kingdom to see many of these schools go under?   And should we be developing higher education ourselves that does not depend on bricks and mortar, but educates from a biblical world view perspective?  Some Christian Universities such as Liberty University have very large internet school programs.  As my experience at Wheaton, I would imagine that Professors fairly present alternative perspectives.  Can we hope that this is a time to break out of the ideological straightjacket of leftist ideology being fostered by the campuses?