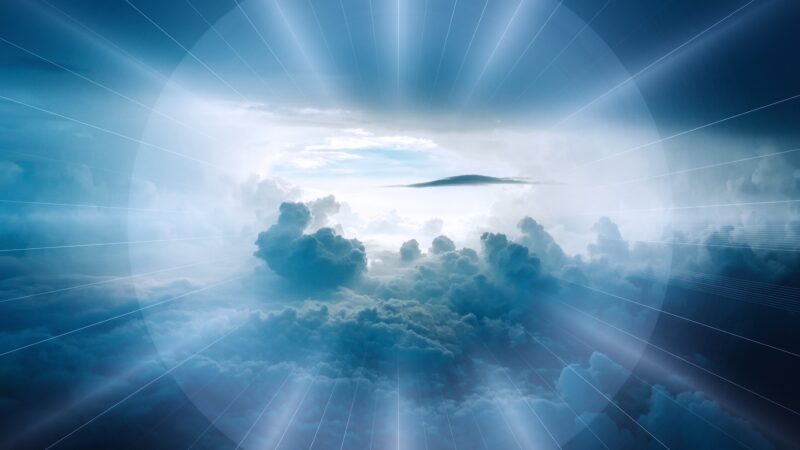 The last issue of the Jerusalem Post Weekend Supplement there was a full spread on near death experiences with a minor theme on those who experience realms beyond this life.  It also touched on reincarnation and the memory of past lives.   David Brinn was the author.  The article in general was quite open and did not deny the possibility that people with such experiences were entering into a “real reality.”  The supernatural element of information that could not be naturally explained was presented by a few.  However, the whole tone was more “new age” rather than biblical.   The author claimed that Judaism generally discouraged questions about life after death.  I consider that to be a misunderstanding on his part.  Yes, mainstream Judaism did discourage speculation with some exceptions, and until the mystical movements of Kabbalism there was no emphasis on such realms.  However, this does not mean that Judaism was not clear on the doctrine of life beyond the grave.  Indeed, Judaism affirmed much more than a non-bodily existence that survives death.  Rather it affirms the resurrection from the dead and the participation of the resurrected in a glorious life on a totally renewed earth.  The idea is that the righteous who have died must have an opportunity to experience the glory of the Age to Come.  Isaiah 27 and Daniel 12 were both foundations.  Brinn does not even mention the resurrection.  What a gap!

The article also gave space to a medical expert, Professor Shahar Arzy, the director of the Computational Neuropsychiatry Lab at Hebrew University.  Though voicing sympathy for those who have these experiences, he attributed them to a brain state and not to a real experience of other realms.

What is my response?  First, I am glad for information that shows that the material world of sense experience is not the whole of reality.  However, without a biblical foundation for interpretation, we can really be led astray to a kind of new age salvation universalism.

I first heard of near death experiences though one of my members in Chicago in the 1970s, Dr. Marshall Browdy, a professor of education at Northwestern University. He spoke of Elizabeth Kulber Ross and Raymond Moody.  I read Moody’s book Life after Life.  I gave credit to the accounts of people but was troubled that everyone reported very positive experiences with heaven, angels, relatives etc. How could that be if the Gospel is true?  I did indeed think the experiences showed that the soul transcended the body and that the information provided in these experiences did not have a natural explanation.  This included information about others they had no way of knowing and descriptions of what was happening around them.  They described the surgeon, what the nurses were doing, and much more.  They described relatives in the waiting room with information that was later confirmed.   It was not until I read heart surgeon Dr. Maurice Rawlings, Beyond Death’s Door, that I gained a firmer handle on the subject. Rawlings presents cases of people that go to Hell.  He argues that the experiences are so traumatic that unless the doctor interviews patients immediately after being revived, they will suppress the memories and never speak about it. Therefore, only good NDEs are usually reported.  I since that time read biographical accounts of others who went to hell.  With this information I decided to include information on NDEs in my apologetics text book, The Biblical World View, An Apologetic.

It is important that we do not build doctrine on the basis of NDEs. NDEs are an evidence for realms beyond this sensory realm and prove that the soul transcends our bodily life.  I cannot credibly explain away that evidence.  Recently a very solid Christian pastor and theologian, John Burke summarized the evidence and put everything into a very solid biblical interpretive framework.  If the reader is aware of important Orthodox Evangelical leaders, it is quite amazing that his book was affirmed by philosopher Dr. Gary Habermas of Liberty University, apologist Lee Strobel, distinguished philosopher J. P. Moreland of Biola University and others.

Here are some concluding thoughts.  The most astonishing and powerful near death experiences can be understood in a biblical way.  Those with positive experiences are either believers in Yeshua or in a place of moving toward faith in Yeshua.  Those with the experiences of Hell who were revived and turned to Yeshua are a great story of grace.  Amazingly, not all did respond to Yeshua.   In addition, when there is no heartbeat and no brain waves, I don’t think we should speak of near death experiences, but death and resurrection experiences.  They are only said to be near death due to the fact that the people were revived. The idea is that if they were really dead, they would not have been revived.  However, resurrections form the dead are documented in the great study on miracles by Craig Keener.  The death and resurrection experiences, whether resurrected by prayer or with medical processes in addition to God sending the person back, are a very strong apologetic evidence for the truth of our faith.  The professor who sought to explain it as only brain states did what all such rationalists do, they refuse to really deal with the information content that is presented by the resurrected person.  Attempts to do so on a naturalistic basis are lame.  The information content is stupendous. As Burke notes in his excellent book, this is more evidence for the truth of our biblical faith.  I think the term “near death experience” should be replaced with death and resurrection experiences for when the person had no heart beat and no detectable brain waves.