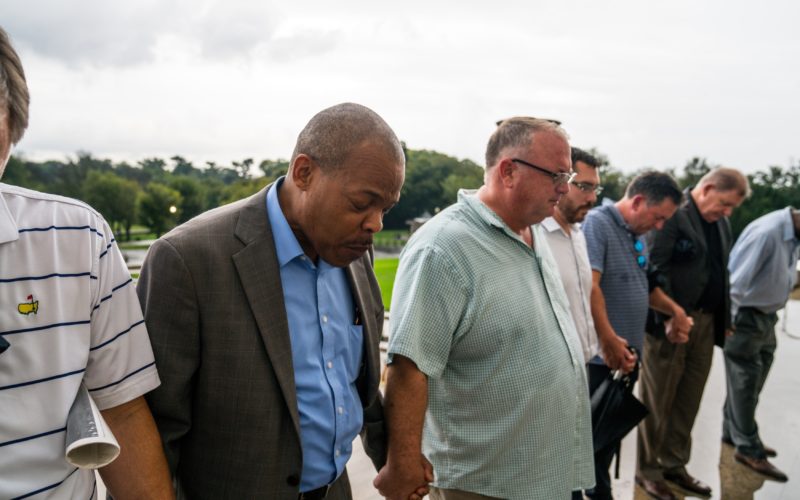 Pillar # 2.  The people of God will come into profound and deep unity leading to cooperation in cities, regions, nations and international.   Or simply, we can say that the second pillar is that the people of God see the fulfillment of Yeshua’s prayer for unity,  Of course, this pillar is very much connected to Pillar # 1.  There must be revival to overcome disunity, but there must be some in unity seeking and praying for revival for that unity to be attained.  This is why often revival movements produce a new unity crossing old boundaries among those who enter into it, but at the same time, provokes opposition by those who do not enter into it.  The center of this eschatological hope for unity is the prayer of Yeshua in John 17.  Some commentaries do title it the great eschatological prayer of Jesus.  It is the great final prayer of Yeshua before his crucifixion. The prayer and its implications are astonishing and wonderful.  Yeshua first prays for his immediate disciples to be in unity but then in v. 20 expands his prayer to those who believe through their word and implies all future disciples.  I quote,

“I pray not on behalf of those only, but also for those who believe in Me through their message, that they may all be one.  Just as You, Father, are in Me and I am in You, so also may they be one in Us, so that the world may believe that you have sent me.  The glory that  You have given to Me, I have given to them, that they may be one just as we are one—I in them and You in Me—that they may be perfected in unity, so that the world may know that You sent Me and loved them as you loved Me.”

“Father, I also want those You have given Me to be with Me where I am, so that they may see My glory, the glory You gave Me, for you loved ME before the foundation of the world.” John 17:20-25.

There are several who have argued since the Lutheran Pietists and the Moravians in the first half of the 18th century and until today that this is a prayer for the unity of the Body of Believers in the last days.  This unity, that’s like the unity of the Father and Son.   This includes deep intimacy, love, and agreement. The result of that unity is that the world might believe.  This harkens back to the numerous statements in the prophets that the World will believe.  The ultimate conversion of the nations is in too many passages to quote, Isaiah 2, 11, 45, 60, 65, and 66.  Also in Zechariah 14, Joel 3 (4 in Hebrew). These passages are connected to the full salvation and restoration of the nation of Israel.   Psalms  2, 46, 66, 67,86, 87, 111, etc., also assert that the nations will come to acknowledge the truth and bow before the God of Israel.

The unity of the Church in partial ways does make witnesses more effective and evidences greater power.  The ultimate unity for which Yeshua prayed leads to the nations believing and then our being with Him where He is.  This is parallel to the promise of being caught up to meet him at the end of the Age and includes in other passages the resurrection from the dead.  We are then with Him where He is.  Therefore we are all called to join our prayers to Yeshua and to pray for this unity, seek to work for it, and give ourselves in cooperative relationship.  It is a key to understanding the Moravians who would not plant churches to compete with other churches in various cities but would work for the unity of the churches in the various towns where they were sent. It is a key to understanding the Lutheran/Anglican cooperative effort to plant Christ Church in Jerusalem (1840) that they would demonstrate unity and prepare to receive the Jewish people who would return to the Land and have the opportunity once more in the Land to receive Yeshua.  They were seeking to live out John 17 in this effort.

Act 2:42 and 4:37 is a manifestation and a foreshadowing of what the Body of Believers will look like worldwide and from city to city.   “Now the whole group of those who have believed was one in heart and mind.”  (4:37)

Ephesians 4 also gives us a picture of the people of God attaining to unit and maturity.  The key to this unity is leadership that does the right kind of equipping or aligning.  We will return to this passage for the 5th Pillar as well. Here we read of five kinds of leadership giftings that will equip or align the saints for “the building up the body of Messiah.”  (4:12)  This will continue until we all come to the unity of the faith and of the knowledge Ben Elohim—to mature adulthood, to the measure of the stature of Messiah’s fullness. (4:13)

In other words, there is coming a day when this description of unity and maturity will characterize the Body of the Messiah.  Equipping leaders will continue to do their work until this point.   This will happen; unity and maturity will be attained.  This adds information to John 17.  What happens after the “until.”  When this is attained, then the world will believe and we will be with him where he is.