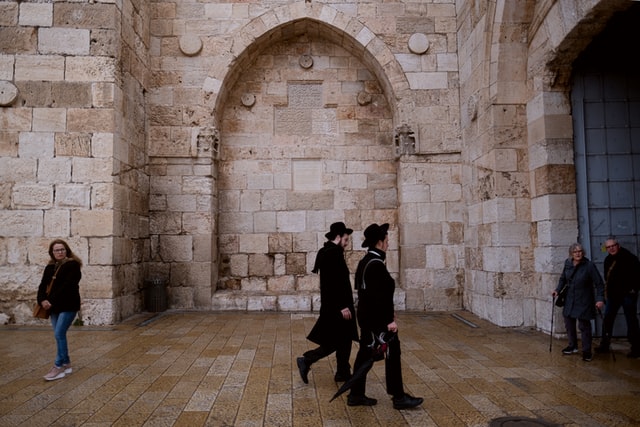 Decades ago Derek Prince, the great Bible teacher, and leader told of his conversation with a friend after Israel became a nation.  The friend states that the issue of Antisemitism was a sociological issue, that Jews were persecuted in the nations because they were different. Having their own nation would solve the problem, he asserted.  Derek Prince responded that if the problem of Antisemitism is primarily a sociological problem he would be right, but if it is primarily a spiritual problem, then the establishment of the State of Israel would eventually produce the worst Antisemitism that the world had ever seen.  Why would he claim this?  It was due to his theology, a theology that I share.  Basically, God’s faithfulness to the Jewish people, their preservation, and their return to their Land is a necessary condition for the triumph of Yeshua and his rule of the whole world.  The confession of Yeshua by Israel through its leadership in Jerusalem leads to the Second Coming, the defeat of the Devil and the Antichrist, and the ultimate rule of Yeshua over all nations.  (Romans 11:15, 25-29, Roman Catholic Catechism Paragraph 674).  Yes, the Roman Catholic Catechism affirms these texts and their implications.  Therefore, if Satan can thwart the plan of God through destroying the Jewish people or their significant presence in their ancient Land, he wins.  This is the only explanation that really makes sense of the situation that a small population out billions is a world focus in current events and a focus of hatred for so many.

Recently, research surveys have shown a great increase in Antisemitism.  It Is not only the growth of the white supremacist and far-right nationalists.  Their Antisemitism is familiar and maintains the same terrible lies that were present from the 19th century and early 20th century leading up to Hitler.  That the Jews are an inferior race, inherently evil, control the world banking system, plot to control the world, and the source of all evil ideologies.  (Yes, some Jews were key communist leaders but many other ethnic groups produced communist leaders.  These ideas were also rooted in America, as exemplified by Henry Ford, and only became unacceptable after the terrible war against Hitler.  But now these ideas return.  They also include anti-black ideas and a general disdain of all non-white groups.

The second influence is from the Islamic World.  Muslims have immigrated to the Western nations and those not promoting a reformed and moderate Islam are carrying their deeply held anti-Semitic views with them.  Thomas Bostom destroys the thesis that life was good and more tolerant for Jews in the Muslim controlled governments in the past.  His book Islamic Anti-Semitism is the most important and comprehensive source.  The number of Jews slaughtered under Islam is greater than in non-Islamic countries and only the Holocaust changed these statistics.  His new introduction makes this very clear.

However, the characteristic of the present time is new forms of anti-Semitism not before seen in history.  There is the new black anti-Semitism.  It is influenced by the intersectionality views of the leftists who state that the Palestinians are oppressed like the blacks oppressed by whites, from slavery onward.  Jews are connected to whites and not accepted as a minority group.  It is even claimed that Jews were a key part of the slave trade.  Pop artist Jason Wiley writes on Twitter that Jews are “snakes, cowards, at war with black people, responsible for the slave trade and deserve to be shot.” The slave trade claim is not true but propaganda from Islamic sources. Actually, the Arabs were a key part and very few Jews were involved. Muslims owned many black slaves. This lie has led beyond anti-Israel rhetoric to anti-Semitism.  One of the new features is the black celebrity anti-Semites.  Rapper Ice Cube raps, “Get rid of that devil.  Real simple. Put a bullet in his Temple. Cause you don’t’ want to be a n**** for life crew with a white Jew telling you what to do.”  Ice Cube has supported the very anti-Semitic Nation of Islam’s Louis Farrakhan.  With Farrakhan, the prejudice connects to Islamic sources.  Influential rapper Jay Electronica wrote that “Jews are imposters and black people are the “true children of Abraham.”  Theories that the Jews are not really connected to ancient Israel abound.  If this were true, God’s promises would be null and void.  But this replacement of Jews by blacks is growing, including the black Hebrews, etc.   He writes’ And I bet you a Rothschild, I get a bang for my dollar/ the Synagogue of Satan wants me to hang by my collar.”  Yet this album includes many biblical references.   For Hitler, of course, the blacks were also to be eliminated. It is interesting that Twitter censors conservatives and fact checks but does little about this anti-Semitism. Wiley referenced above was given a week suspension, but Twitter banned a feminist writer for life for referring to a trans-woman as “him.”  Jewish leaders are protesting loudly and promoting a boycott.  There are also top black sports figures that are saying such things.  There are many other examples in a column by Shmuley Boteach in last Friday’s Jerusalem Post. It is such a shame since there was a great black/Jewish alliance for civil rights.

Former Ambassador Zalman Shoval notes a new kind of bigotry among progressives, a very different source than the old white supremacy.  Bari Weiss, who recently left the New York Times, has suffered snide remarks from some of the staff for “writing a lot about Jews.” She wrote about anti-Semitism.  The latest report of the American Anti-Defamation League notes that the wave of anti-Semitism sweeping through America in 2019 was the worst it has been in the last 40 years. Some on the radical left are claiming that the Jews control the world’s money just as was claimed by white supremacists.  Today, Knesset member David Bitten warned that the Coronavirus has spurned a new wave of Christian and Muslim anti-Semitism, and that the Knesset must urgently put together a committee to fight anti-Semitism. Bitan cited a study done at Oxford University, which said that 19.1% of the public in the United Kingdom believe Jews caused the outbreak of the virus.  Again I note, this is the United Kingdom!! The idea of the Jewish cause of the virus is spreading, despite the overwhelming evidence of Chinese origin.

One thing for sure, with the internet, evil heartedness, gullibility, and a lack of grounding in the Bible’s teaching on God’s love for the Jewish people, the devil is able to inspire every kind of stupid idea, and then the idea gains traction.  Those who are polar opposites on political issues and their vision for society, white supremacists and leftist radicals, can agree on anti-Semitism.  I am not claiming that all radical leftists are anti-Semites, but with intersectionality and other canards, there are a growing number of anti-Semites on the left and many claim that it is more dangerous than the right, especially with their acceptance of Islamic propaganda.  Who has more political power in the United States right now? White supremacists or radical leftists?  You decide.

So, Derek Prince was certainly correct. The problem is spiritual and cannot be fought without the spiritual taking the primary place in the fight.  It is for the Church to pray its heart out, stand with Israel and the Jewish people and to counter every argument that is raised against the teaching of the Bible. (To paraphrase Paul’s words).  This is the taking down of strongholds.  There will be a final battle of good and evil and Israel will be in the middle of this battle, but those on the right side of the battle must raise their banner high.