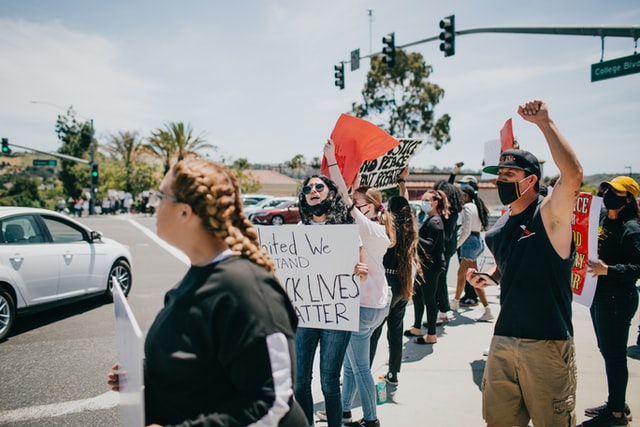 In one of my recent posts, I distinguished and sought to define the differences between the liberal-left of center Democrat, the leftist Democrat, and the radical far-leftist.  The radical left is based on an integrated world view to a much greater extent than the left of center and the left.  Some of the positions of the last two are incompatible with a biblical world view, especially on abortion.  But the radical left views are almost totally the opposite of Biblical teaching.  When the left of center and left give in to the radical left, they then become an anti- God of the Bible force.  While some may see the whole Democrat Party as propounding such an anti-God world view, I think such claims go too far and do not take into consideration how much these Democrats are pragmatists, seek their own power and preservation without a clear world view.  I don’t think they are coming from a philosophical position, but the leaders of the far left are. There is one point of agreement with the radical left and the Bible.  It is that we are to care for the poor and the marginalized and find ways to lift them up and improve their lives.  The question is how, and for us, the Gospel is the key without which we do not expect success.  The world view of the radical left is built on totally shaky ground.  First, it is built on their subjectively chosen values that have no rooting and are not found in other non-western cultures historically.  The best writers admit to this subjectively.  It is just their choice. Analytic philosophers show this to be the case when they examine the thinkers of the far left.  The philosophy is built from a combination of philosophies.  There is a critical school that began in Germany in the 1920s. The most influential in these leftist movements is Herbert Marcuse and his later writings in the 1960s. These writings are full of pontification but not really grounded.  I will write more about him in another essay. The views of neo-Marxism and Freud are credited though academic criticism of these writers has largely discredited them.  But in an internet age and on the university campus which is rife with subjectivism, any view can gain traction.  In addition, postmodernism has been integrated.  It teaches that there is no meta-narrative like the Biblical world view or natural theology or philosophy on which to base one’s life, but one chooses one’s values with the hope that enough will agree to implement the change desired.  Their approach to history and literature is deconstruction where the claim is made that history is the narrative of the winning powerful and literature as well is by such.  Yet since there is no objective history writing it is all people making power assertions against one another. Therefore there has to be a tearing down of the western canon.  You will see the roots of Antifa in this and the destructive tendencies in the universities.  The great Francis Schaffer lectured on Marcuse and anticipated this some 50 years ago.

Here is a list of some contrasts in world views, the Biblical and the radical leftist.   This is the foundation of the present clash in America.  The Black Lives Matters official organization is neo-Marxist, though the movement of ordinary blacks would have no idea of all this.

Human beings are a product of natural material and energy forces, a product of chance or if there is a higher order, we cannot know anything of it so it is irrelevant.  Human beings are important because it is our species and we claim to believe that human beings are of worth and important.  We should see all humans as equal.  (This view comes from the biblical world view and our view is that it will not last without biblical roots). However, the past corporate sins of white people require them to pay special restitution is now ordering society so that some groups are given special favor to produce greater equality.  There is no metanarrative from which we are to live our lives. Atheism drives this view. There is really no reason for seeking the betterment of human beings and no argument against those who choose a selfish life.

Morality and social relationships are social constructions and based on no objective order.  They the product of choices made by the people in society.  Every human being is free and is to construct their own meaning for their lives.  There is no meaning form above or outside of us.

Sexual arrangements are a social construction.  All sexual arrangements chosen by consenting adults should be affirmed.  This includes heterosexual marriage, homosexual marriage, relationships without marriage, polyamorous relationships, polygamy, transsexuality, bisexuality, etc.   The idea of biological genetic determinism is generally not credited, but rather there are orientations that can be chosen for many reasons. To not affirm all such chosen relationships is foundationally unjust and constitutes hatred.  It is valid to cancel people who disagree and shut down contrary speech as hate speech.  Biblical norms are hate speech.

As all sexual arrangements among consenting adults should be embraced, so all types of arrangements for raising children should be equally embraced, including single-parent families, polyamorous arrangements for family, lesbian and homosexual parenting families, transsexual parents, and more.  To favor the hetero-normal marriage as key to the family is foundationally unjust and should be opposed.  Ending heteronormality should be a goal of the quest for justice.  The traditional family of marriage and family is overly restrictive and oppressive.  There should be greater freedom for pleasure.

Justice is equality.  As such, the capitalist system needs to be torn down so that equality in income, distribution of housing, medical services are given to all.  Medical services should be provided by the state and equal for all. Education should be free and equally offered to all and qualifications for college should be loosened to allow more from minorities to be accepted.  Quotas for ethnic groups are valid.  Justice requires replacing capitalism with socialism.

There is generally an acceptance that some policing is necessary, but the idea of tearing down the present order produces an indulgence of criminals, a lack of sympathy for victims, and an anti-police orientation since the police are part of the present order that has to be torn down.  This world view accepts violence for tearing the system down and replacing it.

The present order of American and western free enterprise societies is foundationally evil and unjust.  One sees this in the racism of western countries.  Though there is no clear systematic clarity on how a really just society of true equality and fulfillment can be built, the best way forward is to destroy the present order with the hope that something can be built-out of the ashes.

There are many other issues that are questions of empirical research.  Balancing the environmental concerns with the need for economic development to lift the poor is a case in point and is seen in the African countries rejecting the Green New Deal.  There are many issues that are a matter of research and evidence and the Biblical world view does not pre-orient us to a conclusion.

The peaceful protesters the Black Lives Matter movement may be right or wrong about the level of police injustice.  This is a matter for empirical research. They largely are not ideologues that embrace the philosophical position of the radical left.  The violent protesters are influenced by the world view we described.  The universities in America have many professors who are influenced by the radical left world view, and they make many disciples among the young.  This discipling is taking place in our high schools and now even in the materials and teaching in elementary school.  Parents wake up!!

Historically, revivals can change the prevailing world view of a culture and return it back to the Biblical world view. That is our great hope and prayer.