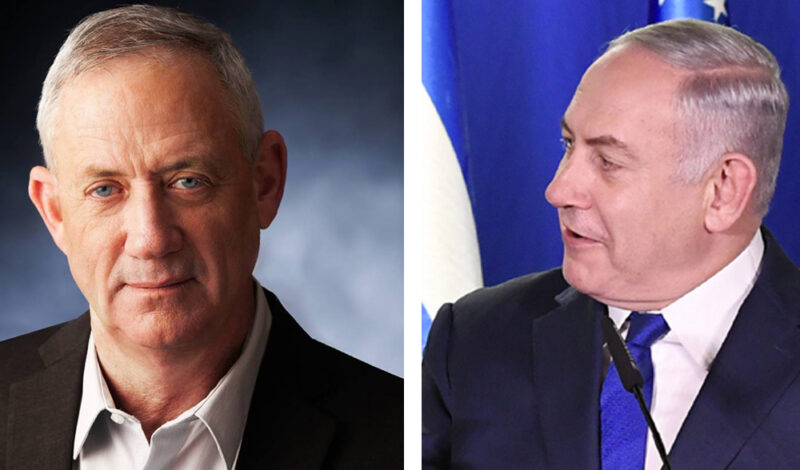 In an unbelievable end to the saga of the Israel government stalemate, Benny Gantz, the leader of Blue and White decided to join with Likud in a new unity government and allow Benjamin Netanyahu to continue as the Prime Minister.  This is a stunning development.  It has led to the breaking up of the Blue and White Party.  Yesh Atid led by Yair Lapide, and Moshe Yaalon are angry and disappointed, but they did not have a path to a government with two of the Blue and White members refusing to vote for a Gantz government if it depended on getting the votes of the Arab Party, the Joint List.   Lapide will go into the opposition.  This is less like a unity government than Gantz joining a Netanyahu government.  I think that Gantz did this due to the emergency situation with the virus and the danger of being discredited for not seeking unity at this time.  Bibi has promised him that he would become the Prime Minister in 18 months.  It appears that in this arrangement the Ultra Orthodox will keep their power, but with Gantz’s faction and Labor joining the government is it possible that the power of the Ultra-Orthodox will be less.  I don’t think it is likely. The only possibility Gantz had, and it was a very slim chance, was that he would have stuck to his guns and voted in the new parliament to pass a law that a person could not serve as Prime Minister if under indictment.  Then he would hope that Likud without Bibi would not carry out its threat of no unity government if they did this.   He could then keep have kept Blue and White together.   Gantz decided to not take this chance.  Bibi survives again, the cat of nine lives.  Will he survive his trial for bribery etc.?

I have lived in ambivalence through this whole time.  I saw Bibi as the better candidate re: the Land, the Trump peace plan and annexing the settlements.  Now the settlements have to be taken off the negotiating table with the Palestinians.  Removing the West Bank Israeli cities and towns is no longer possible.  Bibi is stronger on this.  Gantz had qualified his support for the Trump plan as needing international support.  If this was the standard, you could kiss the Trump plan goodbye.  Trump has indicated that Israel can annex the territories of the settlements and the Jordan valley if the Palestinians do not come to the negotiating table.

However, my other issue was the Ultra-Orthodox control and oppression in Israel.  Bibi is in their pocket. If Lapide and Avigdor Liberman of Israel Batainu had been in the government, the power of the Ultra-Orthodox, who bleed the state of needed funds, and who control immigration to the detriment of qualified people, would have ended.  This control will not likely be ended soon.  I voted for Blue and White so they would be large enough so that in coalition with Bibi the Ultra-Orthodox would have to give up power.  I also hoped for equal spending for the Arab Israelis for hospitals, roads,  police and education.  Defunding the Ultra-Orthodox welfare society where men don’t work and only study Talmud all day could be key to this justice.   But this looks like it is not to be at this time.

Well, stay tuned.  We have not heard from Liberman, but he is not needed at this point and will probably go into the opposition.  What will the government be like in 18 months.  Bibi has said, no tricks and he will keep his word.  Time will tell.  It is possible that there are not enough Knesset votes to fund the welfare society of the Ultra-Orthodox. Let’s hope so.