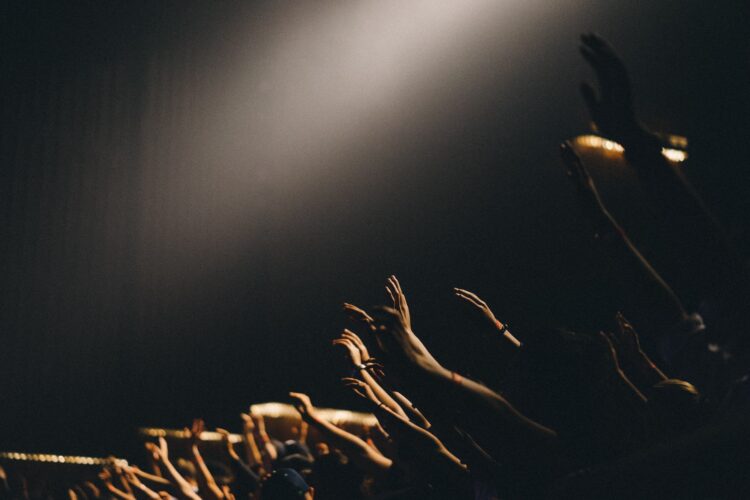 When I was a student at Wheaton College over 50 years ago, I learned that if one wants to have an understanding of any area of existence, one has to take into account all of the relevant evidence/information available and seek to comprehend it together, as a whole.  This is so for writing history as well as for understanding movements, be they political or theological. In philosophy, we call this test of truth, comprehensiveness. To pass the test, the theory in science, historical account or even a description of a political, social or religious movement, has to take into account all of the relevant evidence.

Almost 40 years ago, we believe God helped us understand Ephesians 4:11 ff.  Though the government of the Church is by a plurality of elders, both in a local congregation and an association of congregations, we came to believe that God gives different kinds of giftings to leaders who are called to do different things. (The idea of the restoration of five-fold ministry understanding goes back to the early Pentecostals of over 100 years ago.) Indeed, if one wants to see a strong pastoral congregation, one does not put an evangelist in charge unless he also has the gift of pastor.  Sometimes more than one of the Ephesians 4 gifts is given to one person. Jerry Dirmann, a leader in the Foursquare Church denomination, recently gave a good summary. It matches the synopsis I gave in my 1982 book, Growing to Maturity.  We came to believe that leaders of a growing movement of congregations are biblically functioning in the role of apostles.  Apostle, I should add, with a little “a” in function, but not at the same level as the original Apostles of whom some wrote the Scriptures and were the Eyewitnesses of the Messiah Event.  Though we reject titles before our names, we generally accept the importance of understanding who has been given the gifts and calling to function in various roles. This keeps us from tripping over one another.  In the same way, as the Assembly of God in Australia and the Pentecostal Holiness Church denomination today, we added this aspect to our representative form of government in our network (1984).

Since that time, we have become connected to streams of churches that have the same view as we do.  I would encourage you to research some of our historic relational partners. For many years, I served on the accountability board of Larry Kreider’s Dove Network and related to his network in East Africa under Ibrahim Omandi.  They are just one example. Do look them up on the Internet. One of our most important partners was Olen Griffing in Dallas, who planted Shady Grove Church. Olen is the spiritual father of Robert Morris who leads Gateway Church.  This is the 3rd largest Church in America and the #1 missions giving Church in America.  They include us in their mission! Morris’ spiritual father, Olen, is now at Gateway.  The first meeting of the International Coalition of Apostles met at his church. Olen was an original founder with us in starting Messianic Jewish Bible Institutes that came out of the greatest Evangelistic success in Jewish ministry since the first century.  Jack Hayford, the former President of Foursquare Churches, transferred his school, The King’s University, to Gateway Church under Robert Morris. Jack and Robert both related to new stream movements as well as to Pentecostal denominational people. Jonathan Bernis led this effort in the former Soviet Union.  You can easily find Gateway Church and Jewish Voice Ministries. Another amazing movement in Mozambique, under Rolland and Heidi Baker, began with orphanages and now consists of thousands of churches, a university and 3,500 in the schools that will feed the university. (The book Always Enough documents this.)  Heidi led an amazing meeting at King of Kings Congregation in Jerusalem.  We can also note Oral Roberts University, the main charismatic university in America, where Pentecostals and five-fold stream people attend.  The school itself could be seen as connected to these new movements as well as the older Pentecostalism. Christ For the Nations Bible School is another school that teaches five-fold ministry.

To honestly and critically evaluate movements, one has to do much travel and research.  My level of such travel and research is more than most, but still very limited. In recent years, books have been written that seek to describe what is happening in the world.  Two of the best are The Next Christendom by Phillip Jenkins at Pennsylvania State University (this was a national religion award-winning book), and Miracles, The Credibility of New Testament Miracles by Craig Keener of Asbury Seminary.  This 1000-page book is amazing, but Craig apologizes for the limits of his world travels!  I have traveled to several nations to evaluate. I have been to East Africa, South Africa, Brazil, Argentina, Venezuela, the Caribbean, Europe, Singapore, China, Japan, and Korea.  Peter Wagner, for many years at Fuller Seminary, traveled to research what is happening in the world and wrote several books on it.

Here is a summary of what these people found.

So where is the problem?  One of these researchers, Peter Wagner, in his later book gave a name to this phenomenon.  He called what was happening in the world the New Apostolic Reformation (NAR). He was not suggesting that the rapidly growing churches in India, China or Africa were linked in some kind of grand organization.  Most of them had no idea of what was happening in other regions of the world. Most had no contact with other movements like theirs. If they all came together, they would have fierce disagreements on many things.

We could think all of this is wonderful in an unqualified way, but rapid growth under strong leaders can also have negative aspects.  We have spoken strongly about some of the problematic issues. Some networks have solid leadership and accountability structures. Some do not but instead take on an almost “tribal chieftain” style of leadership.  Some are solid in Bible doctrine, but others are very weak due to lack of education and can come up with strange interpretations of the Bible. Really, it is hard to keep up.

Wagner’s name, New Apostolic Reformation, for the phenomena that was happening all over the world (but more in the 3rd world or global south), is a name for movements that include some denominations that we noted above and so many varied types and styles that I still think no one really has a full grasp of it.  Wagner and John Kelly sought to start an association to bring people together who did not know of one another’s existence to bring them into mutual dialogue and exposure, and to learn from one another and to see greater maturity, but it is a very small, almost tiny percentage of the whole of five-fold movements.  Most who come are from North and South America, but some Africans also attend. There is no organization called NAR. It was a label given to what had been happening in the last 50 years.

The accusations against these movements are almost ridiculous.  One author points to a tiny number of aberrant leaders or streams and represents this as characteristic.  This frequently happens when critics evaluate movements of which they are not a part and have no detailed experience.  In Pentecostalism, for example, there was an offshoot called the Oneness Pentecostals. They denied the Trinity and claimed that one was not saved unless baptized in the name of Jesus only (not Father, Son and Spirit) and spoke in tongues.  But to say that this is typical, or worse, a defining characteristic of Pentecostalism would be foolish. In the Messianic Jewish Movement we have a mainstream. But there are offshoots. Some, who are not Messianic Jews, teach that the churches are made up of descendants of the northern tribes of Israel or that the Church is Ephraim.  Other groups teach that all Christians are responsible to keep the whole Law. The mainstream Messianic Jewish movement does not teach these things, but those who are aberrant do. They are not us. The Mainstream is very Evangelical in doctrine.

The Latter Rain movement, a mighty revival in Canada in 1948 that has greatly fostered Gospel progress world-wide, was key to the birth of the charismatic movement.  However, there was an aberrant group that taught that some Christians could attain to their resurrection bodies before the coming of the Lord. This was called the “Manifest Sons” doctrine, but the Latter Rain was not characterized by this. One really wild claim is that the NAR believes in the “Manifest Sons” doctrine.  I have never met one person in the new stream churches that believed this in my 40 years of ministry. Yes, such folks are out there. Many of the practices of the charismatic movement were from the Latter Rain practices. In a similar way, there are new stream churches that teach an unbiblical doctrine of prosperity, but most do not.  The “Word of Faith” stream churches do embrace and teach five-fold, but they have hardly related at all to other five stream movements. I have a book refuting this false teaching entitled, Prosperity, What the Bible Really Teaches.

In reality, the only thing one can say about these movements is that they believe in the five-fold ministry and operate in a network of congregations or churches.  Other than that, they are so diverse. Most believe in the soon return of Yeshua, and some believe Christians will take over the world before Yeshua returns. Some believe in unbiblical prosperity, but others teach such a strong doctrine of the cross that they live in extreme disciplined simplicity.  Some believe in a “chieftain” type model of authority. Some believe in a very humble projection of authority and act in mutual submission. Some believe that we can receive new revelation but that it has to be consistent with the Bible. Most reject this but accept the Spirit helping us and revealing the meaning of the Bible.  If they speak of revelation beyond this, it is to understand the demonic and angelic realms and spiritual warfare. Some are heavily involved in that kind of spiritual warfare prayer while others are not.

I have put what we believe about doctrine and government in two books.  One is Growing to Maturity (1982) and the other is Relational Leadership (2015).  Growing to Maturity has been the most used manual for discipleship and basic doctrine in the Messianic Jewish World for the past 38 years.

We do embrace the reality that God is doing something powerful in the new streams, but we approach these streams carefully and seek to be an influence in solid doctrine and government. They do not have the hundred-year record of working out their issues like the Pentecostals.  These movements are very recent. In some cases, such as the underground churches in China, they had no choice but to be new streams.