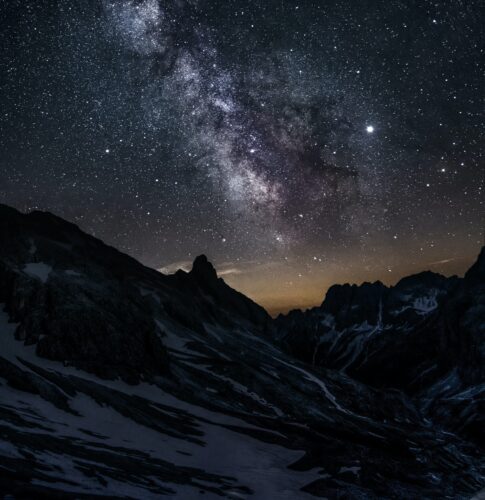 The Cosmological Argument for the existence of God argues from the observed Cosmos to the idea of a First Cause.  The classic statement of this was from St. Thomas Aquinas in the Middle Ages. The argument was basically that there had to be a first cause of the Universe or there would be no cause since an infinite series of causes means that there is no cause really.  That is said to be self-contradictory. Philosophers have argued over this argument for many centuries.  After establishing the first cause and naming him God, Thomas went on to present two other arguments. The first was the argument from design.  The First Cause had to be a designer and intelligent since we see design everywhere.  Design is always the product of intelligence. For a time the naturalistic Darwinian theory of evolution was thought to disprove this, but as we showed in our last essay, this is not so, and the argument for design is stronger than ever.  The next argument was the moral argument.  It posits that our conscience judges our behavior as right or wrong, with guilt or exoneration.  However, if we are judged, it shows that there is a moral lawgiver.  We can only be guilty before a judge who is the author of the law.  I will return to this in a future essay.  The great writer C. S. Lewis presented this argument brilliantly.  However, the law of right and wrong in societies and in conscience is not trustworthy.

The New Cosmological Argument does not seek to solve the problem of whether or not an infinite series of causes with no first cause is contradictory.  It instead begins with the most clear and absolute point, that something cannot come from nothing.  If we do not accept that nothing produces nothing, then all reasoning is ended.  Rather, Something or Someone had to and will always exist, or nothing would exist.  We exist, our earth-world, and the universe exists.  So, we know for sure that something has always existed.

This argument does not tell us a lot about the Ultimate Existence.  It does tell us something important.  This Ultimate could be one God, or many gods that are in union and live forever, or the mind/consciousness of the Universe itself as in New Age thinking. This is progress beyond materialism, but we will need revelation from the Everlasting Conscious Intelligent to know more.