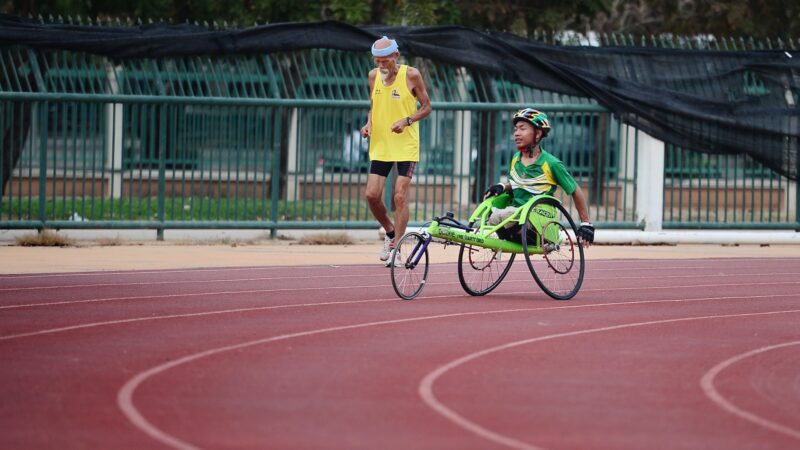 It is wrong for a person to be disadvantaged due to the color of their skin.  This is the cry of the Critical Race people on the injustice of white privilege.  Does it exist?  Yes, in court sentencing until recently (amazingly Trump acted to right this), in how police treat black young men in comparison to whites, in educational opportunity, and more.  However, there are circumstances where blacks may be more privileged as when a black is accepted to a top-flight university instead of a higher-performing Asian, or in being raised in a sports culture, especially basketball.  The well-known player in his day, Enos Country Slaughter, was amazed that he could lead a life making a salary at a game he loved, baseball.  In Basketball the pro-players all would be rich with the right financial discipline and investment.  That is a great privilege.  However, having said all that, I do believe that black skin is generally a disadvantage and white skin an advantage.  But it is overly stressed since it is not determinative.  Dark Indian immigrants do very well.  It is not as in the days of Jim Crow a barrier that cannot be overcome.  Those some whites will hire those who “look like and act like me” others really seek diversity.  I don’t think there are clear stats to know how this is breaking down. However, I want to talk about another issue of advantages and disadvantages through the lens of my life and then speak of some applications.

My Jewish father died before I was 9 years old.  That was a terrible disadvantage.  I watched my mother who cried and grieved daily for years.  That also was a disadvantage.  However, my father left my mother a good sum in inheritance. He was a successful Wall Street broker.  That was a great advantage.  We never lacked food or clothing and grew up living in a large lovely home without a mortgage.  We all went to very good public schools in Northern New Jersey.  That was an advantage, a great privilege.  I became amazingly fat and was greatly rejected in elementary school to high school until I was 15.  I had few friends.  It was a terrible disadvantage.  Normal-looking thin people were so much more privileged.  Yet when I was 12 ½ I was drawn to God and went to Church.  This was connected to my Norwegian roots.  My Uncle was on the board of Billy Graham’s organization and an elder in the church where I attended. I prayed to accept Jesus.  Then I went to summer camp and dedicated my life to Jesus.  I also had friends at camp that accepted me.  After this, though at times my weight, connected to thyroid issues, gave me depression, I was yet mostly optimistic.  I had this deep conviction or certainty that my life would be good, and I would succeed because God was with me.  I did lose weight when I was 15.  Acceptance was not a big issue anymore though I was not cool.  I had two strong friends in the secular school and a few in the church youth group.  The family funds were enough to pay for Wheaton College and graduate school.  What a privilege this was!  I look back on the anti-Semitism of my grandparent’s era, living in the poor area of the Lower East Side of New York, but somehow, they made it financially, and I am so privileged that they did.  After a time of depression and doubt, God provided a spiritual father, an amazing man who nurtured me back to faith.  What a privilege to be loved and mentored by Wheaton’s Chaplain Evan Welsh.

God has a good calling intended for all, but these callings are not equal.  To prevent a good destiny is a central meaning of injustice. (Destiny prevention) However, I have other thoughts.  This is for believers.  Paul notes that in the Body we should take care of those members who are especially not as beautiful or seemingly important just as we take care of the less presentable parts of our bodies.  Do note the many issues of disadvantage, not just black skin.  Those who are beautiful in form are given preferences in hiring, marriage prospects, and social advantages.  Ever notice how the women look on Fox news?  Yet, this can come with challenges. I sometimes think the middling people, not greatly beautiful or ugly but middling, not rich but not poor but well supplied, maybe more well-adjusted.  Each of us is called by God to make the most of what God has provided, for we all have advantages and privileges and disadvantages.  Those who were raised in loving two-parent families with a father and mother who loved each other show amazing privilege.  This may be the number one predictor of success.  Lastly, I mention the disadvantages of mental and physical handicaps, autism, genetic deformities, crippling from accidents or even from birth.

The job of the Body of Messiah is to provide communities of love where those who are disadvantaged are well-loved and from that love, and healing can go on to succeed in life as God has called them. The emphasis of the Gospel is toward the disadvantaged; those who are marginalized.  With the power of the Spirit, all can come into the most amazing privilege and success.  All have a purpose in Him.