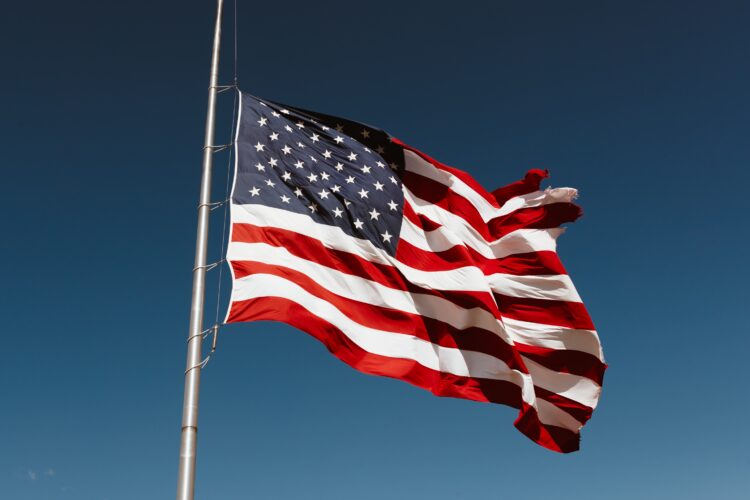 A project known as the 1619 Project has been ensconced in the programs of some of the public schools.  The basic assertion of the 1619 Project is that America was founded on slavery and even fought the Revolutionary War to preserve slavery.  The 1619 Project has a dark view of the United States as an essentially racist country.  Howard Zinn in his histories of the United States also paints a dark picture and accentuates the worst.  A number of top scholars have refuted the 1619 Project as a bogus picture.  It generally has not been received by top scholars, but the narrative fits the agenda of a group of leftists.  Therefore it is now the received narrative.  That is how power assertion works today.  To counter this, President Trump created the 1776 Commission to project the truth about the United States and the good aspects of the history.  One of its leaders was the brilliant Victor David Hanson.  Trump also sought to eliminate the 1619 material from the schools along with Betsey DeVos the Education Secretary. They argued that it fostered anti-Americanism.  Now with the election of Joe Biden the 1776 Commission has been dismissed and accused of denying racism, which it did not do.  This brings us to a larger question. It is on how to do history and to evaluate historical figures.

Some of the historical sins of the past were not ignored in our education in the 60s.  The sins of slavery, Jim Crow, the betrayal of the Native Americans, the slaughter and more were taught but also the great moments and advances were taught.  Today there is a culture of offense.  So here are a few points that are important.  By the way, we did not think that naming sports teams after Native Americans was done to offend but to honor courage, bravery, and fierce ability in battle.  The culture has changed.

We cannot evaluate a nation or people on the basis only of our contemporary ideals but have to evaluate in terms of the cultural norms of their time.  Very few in history would survive that axe. In the light of their time, did they make progress?  Did they transcend the limits of their age.  Since human individuals and societies are all deeply affected by sin, we should expect what the late Fr. Peter Hocken called glory and shame, in his book by the same title.  So, Church history shows wonderful advances and yet terrible actions from time to time. Nowhere is this more clear than in Martin Luther, who was heroic in restoring justification by faith but then ending in deep Antisemitism and calling for harsh actions against the Jewish people.  We see the actions of serving the poor in the Catholic monasteries and convents but then see the Inquisition.  It would be a much darker world without the Church.  See the writings of Rodney Stark on that.

We see Washington’s personal valor, honesty and humility but then his keeping his slaves until after his death when they were freed according to his will.  Jefferson pens lofty words in the Declaration of Independence, but then acts as a truly manipulative politician and very much an ends justify the means one.  We see the great opposition to slavery from John Adams, but then his unfortunate restriction of freedom in the Alien and Sedition Act. Adams was a truly great man.  (see the David McCullough biography)

No, the United States was not founded on slavery.  Yes, the southern colonies were economic endeavors that embraced slavery.  So sad! However, the Puritans did not come for economics but for religious faith.  They did not embrace slavery.  The Northern Colonies ended being anti-slavery.  So much for the one sidedness of the 1619 Project. The Revolutionary War was not fought to preserve slavery since England was a slave trading country.  Again and again, there is misrepresentation and an over emphasis on the shame. With Howard Zinn, Theodore Roosevelt, a great President, was bad because he fought to take over Cuba.  He was a hero in his time because he showed courage according to the values of that time. However, he transcended his time by going against the Republican establishment, breaking up monopolies and seeking policies that would benefit the average citizen.  A true narrative of the history of the United States or any historical figure in most cases will show both glory and shame.  That history needs to answer one question.  Did the nation or person transcend their culture and make progress to greater ideals.  We can have a history that honors people for moving culture to more positive ideals while not expecting them to have attained what would not have been possible in that context.  Yes, we can say that the ideals of the Bible have been difficult to fully embrace and all are without excuse.  However, let’s also evaluate history with fair standards that note the culture of the time.  Then let us know the developing ideals that would not have been established without the good in our historical figures.  The Anti-American narratives do not credit that a nation was never founded on an ideal, not of ethnicity or race, but on a foundational principle that is rooted in the Bible.  “All men (persons) are created equal and endowed by their Creator,” with rights.  No country can live up to this ideal, but there have been many in the history of the nation that did so and moved the country closer to the ideals.  The ideals of the United States effected the world.  There can be no national coherence or unity without extolling the right part of this history.